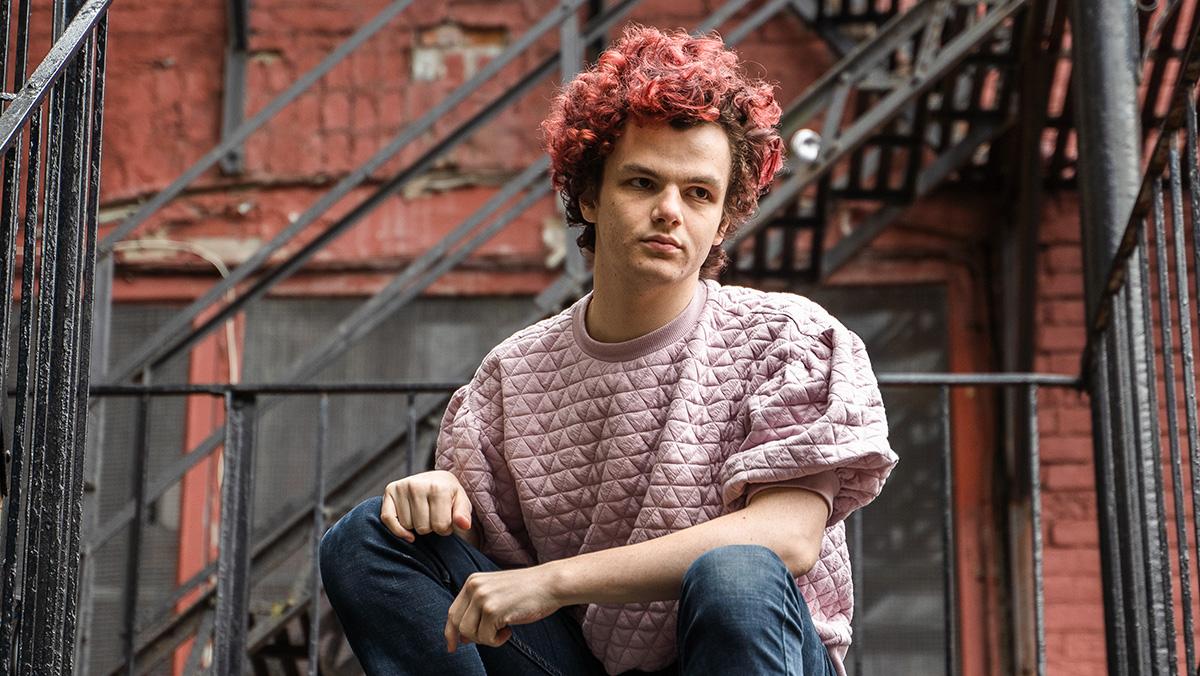 Courtesy of Julien Sobel
Senior Julien Sobel shares his reaction to the recent findings of swastikas drawn into glass and scratched on a poster on Feb. 3 and 8. He voices his dissatisfaction with college's response to individualized symbols while broader conversations remain unaddressed.
By Julien Sobel
Published: February 10, 2022

Last Thursday, a swastika was found drawn into the condensation on the windows of Ithaca College’s Baker Hallway, connecting the James J. Whalen Center for Music and the Towers parking lot (J-Lot). This comes after four years of increased antisemitic acts in the United States, tied to a general increase in far right and white supremacist action in the country. A second swastika in Whalen was also found scratched onto a poster Feb. 8

Upon the discovery of the first swastika, the Ithaca College administration swung into action, with Interim President La Jerne Cornish delivering a email denouncing the Baker Hallway swastika assuring us that, “[W]e are proud that we have been selected for Hillel International’s Campus Climate Initiative cohort for the 2021–22 academic year, an effort that gives us tools for best practices in creating a positive and inclusive campus community.”

This email as well as Hillel at Ithaca College’s own follow-up email praising the response, shows how, frankly, ridiculous this entire situation is. Symbols, like the swastika etched into … dew… or paper, are only the surface of a broader history of violent hate in the United States. Such a response turns this into an individual act rather than the result of the systematic rejection of difference we’ve seen for the past few years in the United States. If condensation and paper-scratched swastikas were the full extent of what the Jewish community was facing, then we would be in a far better place than we now are.

This is by no means an attempt to downplay what hate symbols indicate, but they are only the surface. Going after individual acts avoids asking bigger questions about the way the U.S. has dealt with the rejection of difference, not only for Jews but for all minority groups. There is history attached to this.

The U.S. has presented itself for years as the heroes in defeating the Holocaust of the 1930s. This understanding of events often downplays how prevalent — if not accepted — ideologies like naziism were in the U.S. at the time. The fact that this history has never fully been addressed as a part of the U.S.’s heritage is part of why antisemitism remains, latent, in this country.

These symbols accompanied the killing of many in my family. They were burned into my grandparents’ lawn. The symbols are not the problem itself, however — as any student of history can tell you –– marking these symbols as individual acts with “no place at Ithaca College or anywhere” acts only as repression of broader concealed problems which will continue to haunt us for as long as they remain unaddressed.

This response ends up being an almost choreographed, self-congratulatory dance in which the college is able to avoid and redirect attention away from the broader legacy of violence in our country. In these formulaic emails, the school affirms a vague, immaterial “wokeness” while redirecting from the very real sentiments underlying these acts. By focusing on superficial symbols, the school avoids substantive discussion about the deep-seated history of violent hate against Jews as well as other minority groups.

The self-congratulatory and largely meaningless content of the school’s response makes this into a predatory and dishonest use of a very real and life-threatening (as history and recent events shows us) crisis, all so the college can pat itself on the back.

Instead, we could respond to these acts with calls for education, calls for greater dialogue on the origin of hate in the United States (and the West as a whole) rather than the symbols themselves. If our response to these acts of hate is limited to these individual acts, we will never address the core causes of this explosion in hateful acts.

We need a more systemic approach to hate focused on a genuine effort to understand the history and the underlying causes of violence. If the response is instead to performatively repress all expressions of such symbols, we’re avoiding the real problem. Hate is a violent, systemic issue, not an individual act. If we only go after the individual expression of hate, we’re never going to seriously address it.