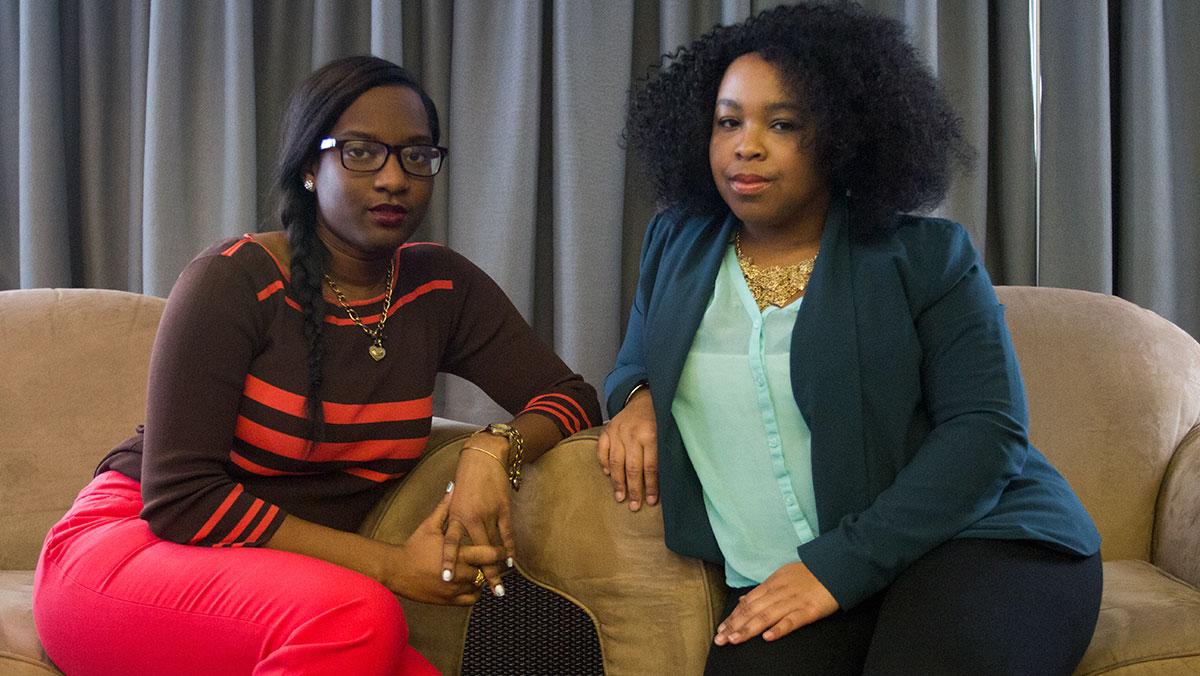 Amanda Den Hartog/The Ithacan
From left, seniors Candace King and Sierra Council are the executive producers of “The RoundTable,” which was recently approved to be on-air.
By Candace King, Sierra Council
Published: January 28, 2015

Often in the world of communications, media creators engage comfortably in discussing the impact of news on our audience, but very seldom do we turn the microphones on ourselves. News directly impacts both of the parties that are involved: the audience that consumes and engages with its content and the community behind its creation.

Media organizations, therefore, have a responsibility to not only produce content that portrays both people and stories accurately but also to establish an atmosphere that is welcoming to all perspectives and identities.

These standards should be no different at the collegiate level. Ithaca College Television creates an atmosphere that is not inclusive for its aspiring media professionals. While it promotes itself as a breeding ground for professional experience, it silences the voices of students of color who feel like their parameters for success are constantly being constricted by a Eurocentric framework.

We are no strangers to ICTV, as we have been involved since our first year at Ithaca College. While it was a space for us to apply our studies in a practical way, it was also an environment that was personally and psychologically taxing on our identities as women of color.

Still, we wanted to sow back into the college community with knowledge from our experiences in and out of the classroom. Coming into our final year at the college, we did not want to wait until we got our “big break” several years after graduation to give back.

“The RoundTable,” a conscious, socio-political news commentary, became the outlet for a radical counter-narrative to our experience. This new show sought to provide a multidimensional outlook on news, exposing the links among race, sex, gender, religion and class in current events. Every Friday since the start of the Fall 2014 semester, we met to flesh out this concept and how it would pan out visually and journalistically. We strongly believed that our show met the organizational values, which include “service to the community, the organization, and each other.”

When invited to pitch our concept to the ICTV executive board, our proposal was met with a barrage of opposition and reservation, particularly from the News and Programming division.
There were some concerns with our topic appearing potentially “controversial” or inciting “debate” because the concept of intersectionality was unfamiliar to members of the staff.

The following week, we received an email informing us that our show was “accepted with modifications,” one of which included reducing our show to a “Web-series.” The email’s list of additional stipulations reflected a condescending tone mirroring a colonial framework, the last line reading as follows: “If this is too much of a commitment, we understand should you no longer want to produce the show. … We leave the decision in your hands.”

The same campus culture that led students to walk past the on-campus demonstrations against police brutality is the same culture that enables the ICTV executive board to render our content as unchartered territory. We question who holds the leadership of ICTV accountable for misleading our community into believing that there is no place for our experiences in media.

News is not without conflict, but intersectionality is not inherently controversial. After much deliberation, we were approved to be on-air. However, putting “The RoundTable” on ICTV is not doing anyone a favor. It is an effort to create an inclusive environment that should have already been there — at the very least in the ICTV Handbook.

When our space is rendered invisible, those who permit and encourage the silence of others are committing acts of structural violence. We understand this is not a safe space, but we are willing to be uncomfortable to make a statement that all voices matter.

Sierra Council and Candace King are seniors in the Roy H. Park School of Communications and the visionaries and executive producers of “The RoundTable.” You can email them at scounci1@ithaca.edu and cking2@ithaca.edu.