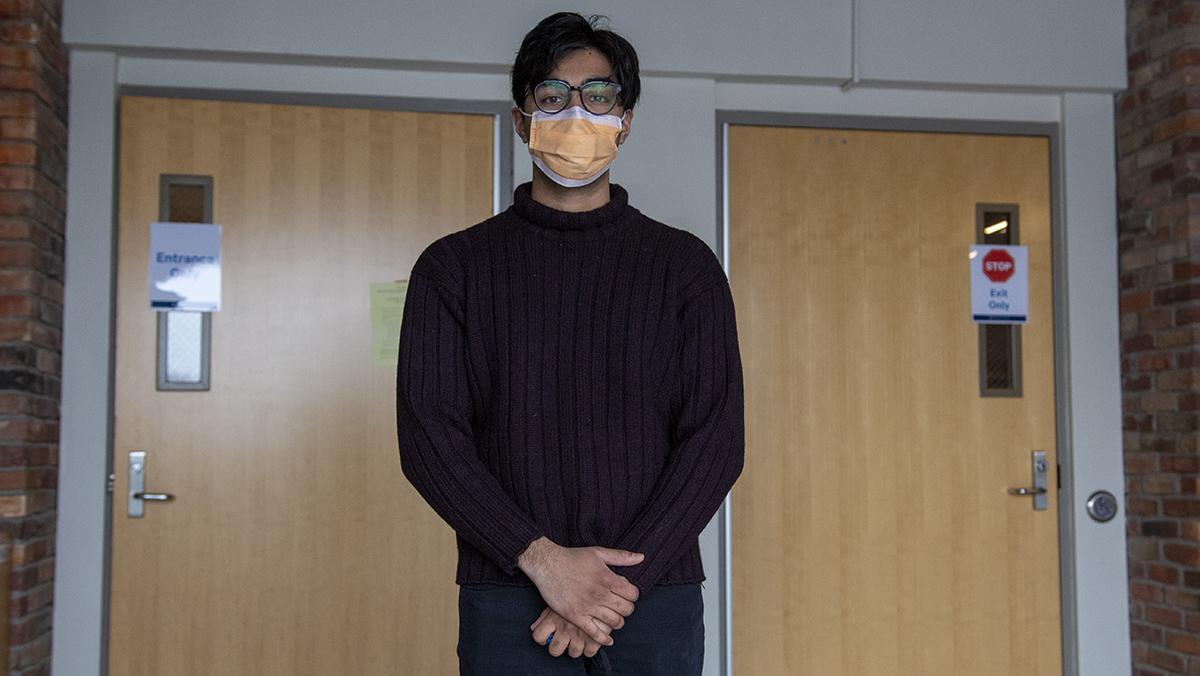 “Now they have put down nails [at the protest sites]. Is this the way to treat people who are protesting?” asks Vidya, an organizer at a village’s town hall to discuss the Indian farmers’ protests.

Currently, Indian farmers are protesting three new bills that will gut government price subsidies and other agricultural protections. These bills will further impoverish vulnerable small farmers and peasant workers who already struggle to sell their goods on the international market. Current price subsidies guarantee that their goods will sell at a marginal profit, which would be essentially erased with the new bills.

The right-wing government led by the right-wing Bharatiya Janata Party (BJP) and Prime Minister Narendra Modi have a historically poor record when managing civil liberties. Prior to Modi’s PM appointment, his administration infamously invoked riots in 2002, leading to the slaughter of Muslims in his home state of Gujarat. Recently, he has been active on the international stage with former President Donald J. Trump.

Modi has also been in the news for the treatment of people in Kashmir. Here, too, the Indian government usurped the rights of the most vulnerable.

The current iteration of the farmers’ protests began in November when an organized front marched to Delhi. Their encampments at the Delhi border have become places of festive folk songs, dance and community. A significant aspect of the modern movement is that it brings together many different factions of the rural farming society across tribes, castes and religions.

Contemporary farm workers protesting across India are part of a larger history of peasant mobilization in India. Low caste tribes in India have a history of protesting unjust agricultural laws, dating back to Gandhi-era legal proceedings.

Currently, the government has jailed prominent farmers and protesters for sedition and other political crimes. Despite potential legal proceedings, these individuals could spend years in jail before their cases are reviewed and innocence can be proven.

None of this feels democratic or fair. Democracy is a vague term used by everyone from Joe Biden to Modi and even college administrators. Concretely, democracy is discussed in my politics classes as the combination of political representation and characteristics of civil society. These include diversity in types of household, community services and diverse forms of enterprise.

India lacks in almost every democratic category, according to society’s most vulnerable. The poor languish and suffer from increasingly anti-democratic policies such as the new farm bills. Meanwhile, the government is helping build a colossal temple for the god Ram. I’ve been to some of these large temples in India: there are armed guards at every door, and you must be wearing “appropriately put together,” high-class clothing in order to enter.

The BJP regularly kills and covers up killings of the poorest. Representation is inherently lacking, as author Arundhati Roy says cheekily in her recent Jacobin article.

Civil society is also not fairly represented in the international scope of India. Corporate farms stand to benefit immensely from the new farm bills. They will effectively sell their goods at extremely low prices, take over the poor farmers’ lands and further cement themselves as the ruling class in India. There is increasing polarization of lifestyle in India between the richest and poorest, according to several international measures.

Vidya and her tribe compare their current predicament as potentially becoming contemporary slavery. She and others describe democracy as a “dhakka,” or push, away from death.

Regarded by the United Nations as the largest democracy in the world, India stands as a political juggernaut on the international stage. And yet, thousands are being tear gassed and forcibly removed from peaceful protest sites.

The Modi government is another parasitic symptom of what an anti-democratic state is capable of inflicting on its citizens. India is a 74-year experiment that has continued the suffering of India’s most vulnerable. Rural, alliance-based organizing from farmers and their families is a crucial step in the reimagining of India itself.

College students should be involved in Ithaca community