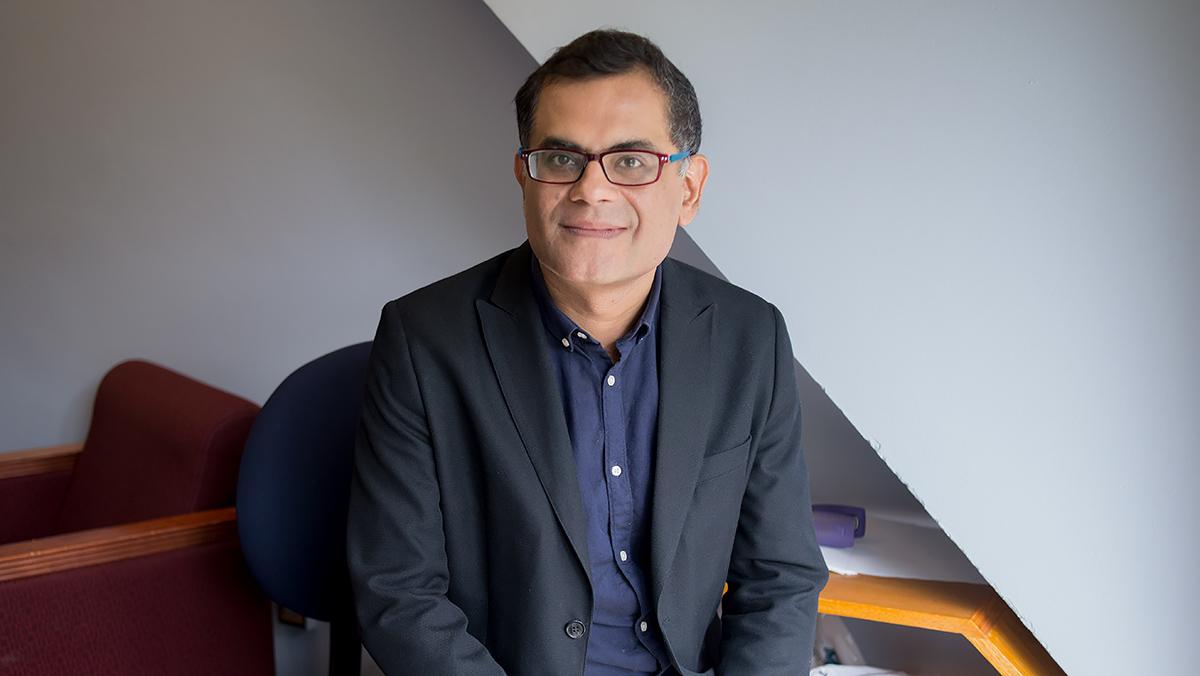 Fernando Ferraz/The Ithacan
Raza Rumi, a scholar in residence at Ithaca College, writes about the many pitfalls of media coverage of the 2016 election, such as the exorbitant amount of time dedicated to Donald Trump.
By Raza Rumi
Published: December 7, 2016

Journalism in the United States has entered an introspective phase since the Presidential election in November of this year. In its inability to sense the rise of Trumpism as a populist movement, the mainstream media failed itself and its core mission to inform.

The smugness of media punditry resonated in the seriously flawed forecasting models that gave an 85 percent (Huffington Post gave 98 percent!) likelihood of a Hillary Clinton victory. By the time the results poured in, it was clear that something had gone terribly wrong in the way journalists reported and analyzed what the American electorate was thinking.

The corporate media first gave Donald Trump inordinate attention in 2015. His political positions and style were means to garner higher ratings on the television networks. Soon, they realized that the “coverage” had made Trump a real contender for power. Thereafter, a frenzied campaign ensued with the aim to lampoon Trump and his support base, dismissing them as the “fringe” until of course Election Day proved all of this misguided, at best.

Social media further aggravated such relatively insulated reporting, echoing the worldviews in large urban centers. Facebook and other social media platforms also emerged as dangerous mechanisms for relaying fake news. No wonder the Oxford Dictionary declared “post-truth” as the word of the year, telling us of a world where “objective facts” don’t really matter anymore.

I closely followed the extraordinary election campaign, and despite the embedded reporting, there were far too few reports on the angry and scared voters of rural America. The nexus of campaign finances, sharp manager-fixers and think-tank pundits within the mainstream media made it worse.

Journalism is in a crisis and many media practitioners in the U.S. have said that. A host of factors contributed to this situation.

Local newspapers have been dying. Overall, the print media has seen contraction in terms of circulation and revenues, but the closure of many local newspapers has dealt a blow to community voices and basic ground reporting. Digital outlets are weak replacements employing far less reporters.

Concurrently, the level of trust in online information has also declined. Nearly 74 percent Americans told Pew Research Center that news organizations tend to favor one side.

As the election coverage reflected, the personal biases of reporters impeded their ability to check what was happening, especially in regions that are not in the “mainstream.” A key failing of such reporting was the missing coverage of Democrats, who preferred to stay home rather than vote for Clinton. In their zeal to project Clinton as the preferred candidate, the mainstream media also underestimated the wide support for Bernie Sanders. In fact, Sanders received scant coverage and most of it was unfair if not actively hostile.

The President-elect and his support base think that the establishment media did not treat them fairly. That, however, is no justification for threats of libel or the dressing down that some received by Trump. In fact, the crisis of journalism will be compounded by the difficult relationship with the White House. It is a test both for the executive and the press how this relationship unfolds in the months to come.

Regardless of the broader political climate, media outlets need to diversify their newsrooms and return to old school people-centric reporting. Digital media cannot forsake reporting or present opinions as facts. The obsession with social media metrics admittedly is important for revenues, but this business model is going to further discredit the news industry.

Notwithstanding the inherent issues that mainstream media suffers from — ownership, agenda and pandering to special interests, to name a few — will have to rebuild its waning credibility.

Mainstream media faces an unprecedented trust deficit by a large number of people.

Revisiting and adhering to essential principles of journalism — accuracy, fairness and public interest — will be more important than ever in Trump’s America.

Raza Rumi is a scholar in residence at Ithaca College. He teaches at the Roy H. Park School of Communications and Cornell Institute for Public Affairs. He tweets @razarumi.

Devoting more attention to third-party candidates isn’t enough. There needs to be a shift in the media coverage from entertainment to issues.

Focus on issues, not entertainment