Commentary: Minimum wage should be a living wage 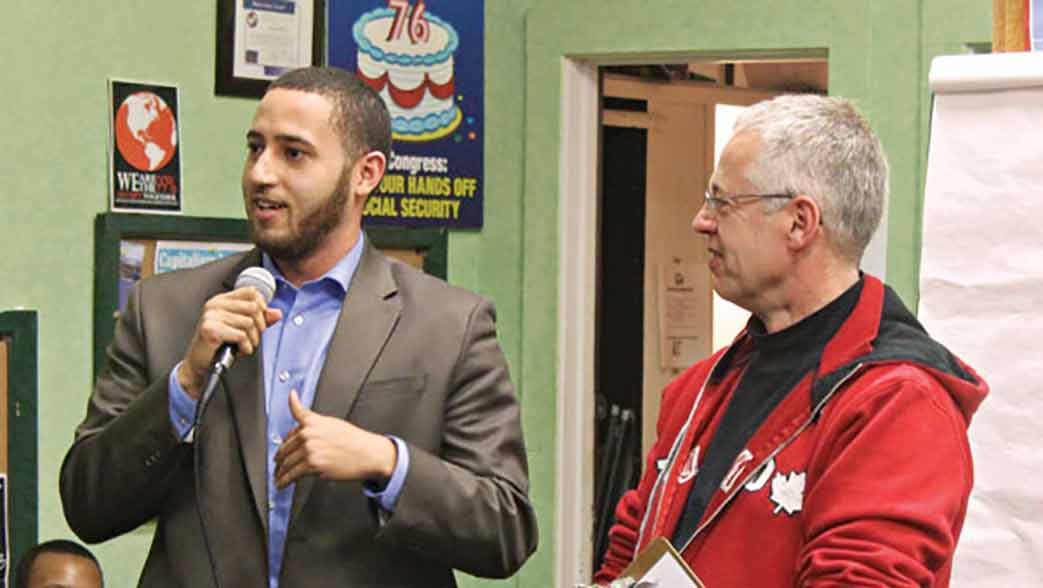 Four years ago, Ithaca College students became concerned that some campus workers did not receive a living wage. These students worked with the Tompkins County Workers’ Center and helped mobilize student and
faculty support to build a powerful case that the college administration could not ignore. The following year, the multinational company that manages the dining halls, Sodexo Corporation, agreed to pay dining workers a living wage, then $11.11 per hour. 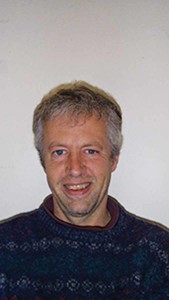 Four years later, the Tompkins County living wage is $14.34, and many of these workers and others on campus do not get a living wage. The TCWC wants to change that.

Tompkins is really two counties. While a portion of the population thrives, many more face low wages, growing inequality, erosion of middle-class jobs, housing costs through the roof and the institutionalization of a low-wage
service economy.

There is a sustainable and sure solution, and that is raising the minimum wage to a living wage.

The TCWC is leading a community campaign to get the county legislature to pass a local law establishing a county minimum wage of $14.34, and going on from there to get state Home Rule authority for this change. The new minimum wage would be phased in over a five-year period and afterward would be indexed to the area median wage.

The positive impact of this on workers and their families is obvious. But what about the community? Since workers would spend virtually all of their increased wages locally, this would have a significant
multiplier effect, boosting the economy, increasing county sales tax revenues and reducing the need and cost of social services and property taxes. 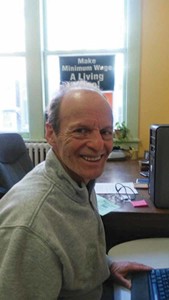 And what about businesses? There will be bumps in the road, and small businesses in particular will face challenges, but the phase-in process will allow time for planning and accommodation. There will be benefits too, including great demand for jobs, rising productivity and sharp declines in turnover. Businesses closed, jobs lost? Quite the opposite is likely as service industries especially prefer to be where customers have money to spend.

We can raise the minimum wage here in Tompkins County. Will it be easy? Hell no! We will need hundreds, if not thousands of workers to come and stand with us. To sign our petition. To join us at the picket line or at a rally. To speak to your neighbors, friends and family. To speak to your county legislator. To write letters.

Some will say, “It’s too complicated,” or, “It’s too difficult.” But you know what is really complicated and difficult? Trying to live and even perhaps be a good parent on $10 per hour.

The bottom line is that we as a community and we as a country can no longer accept wages that leave some unable to support themselves or their families, while many others flourish and become rich. We can’t continue this race to the bottom. “The true test of an economy is not how much wealth its princes can accumulate in tax havens,” Nobel Prize–winning economist Joseph Stiglitz wrote, “but how well off the typical citizen is.” The time to make the minimum wage a living wage in Tompkins County is now.

Any student, staff or faculty member interested in supporting this campaign, please contact TCWC at 607-269-0409 or email pete@tcworkerscenter.org or text 607-339-1680.

Pete Meyers is the coordinator and co-founder of the Tompkins County Workers’ Center and Carl Feuer is a co-founder. TCWC is a local organization founded in 2003 to advocate for workers seeking better working conditions and higher wages throughout Tompkins County.