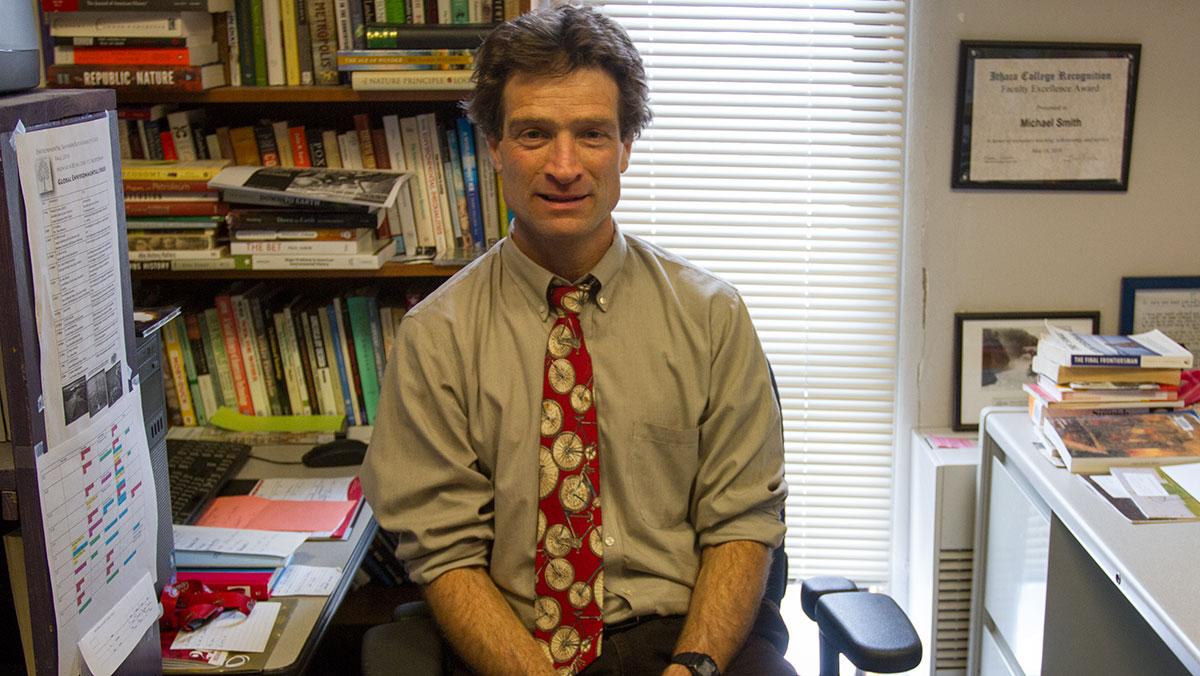 A little more than a year after graduating from college, I had become a bit stuck in life’s journey, spinning the proverbial wheels while living in my parent’s house. I had the good fortune of being introduced to the Rev. Mel West, a retired Methodist minister who had connections with more nonprofits in the world than seemed possible. I was looking for a service opportunity. Through him, I arranged a long-term volunteer stint with Habitat for Humanity in rural Mississippi that changed the trajectory of my life. That experience not only introduced me to the woman who eventually became my wife, but led me to study history in graduate school. It is therefore no exaggeration to say that without West’s influence I would not be teaching here at Ithaca College — or, perhaps, have the abiding commitment to service and philanthropy that I have.

West’s impact on the world runs far deeper than the help he provided an already privileged kid from Missouri some 25 years ago. West has helped midwife an astonishing number of faith-based ministries, projects and nongovernmental organizations over the past 60 years, in addition to serving on the international boards of well-known organizations such as Habitat for Humanity, alongside President Jimmy Carter and Heifer International. But the NGO that may have had the most direct and immediate impact on its clients around the world is Personal Energy Transportation.

Even in a place like the United States, life for the mobility-impaired constitutes a daily challenge. For those in the developing world, losing the use of one’s limbs — especially both legs — the challenge can be much greater. Around the globe, millions of people are literally living in the dirt without a reliable and dignified way to transport themselves. Receiving the “gift of mobility” in the form of a PET — the sturdy, three-wheeled, hand-pedaled wheelchair conceived of by a group of volunteers under the direction of West — has radically changed the lives of tens of thousands of people around the world.

When a Methodist missionary friend, Larry Hills, in what was then Zaire told West about the plight of polio and landmine survivors he was trying to serve, West took this as a challenge. West and Earl Miner — an engineer whose heart was in designing simple products to make life better for those in the developing world — produced four prototypes, which were sent to Hills to test by putting them in the worst places he could find and see if they worked. They did. The success of these first four machines led to the founding of the PET Project in Columbia, Missouri.

From its humble origins in West’s garage, the PET assembly facility and warehouse now occupy a 9,000-square-foot building shared with two sister projects also founded by West: The Container Project collects, sorts and boxes donated clothing, shoes, bedding and medical supplies to fill shipping containers distributed around the world by The Rainbow Network and other NGOs. A second project rehabilitates donated sewing machines for shipment overseas.

PET is staffed entirely by volunteers, save for a half-time project director, since West “retired” four years ago — at 91, he still comes in a few days a week as director emeritus. The secret to PET’s success, West says, are all those volunteers whose favorite kind of “payday” comes when he shuts down assembly work for a moment to read aloud the latest story about a PET recipient.

PET workshops have produced more than 50,000 PETs, which have transformed lives of people in more than 100 countries.

“I have such admiration for these people who have faced difficulties that would knock me flat,” West told me when I spoke to him last summer. “Many have been literally crawling in the dirt as beggars, and then they get a PET and are truly mobile for the first time. They can look people in the eye.”

The World Health Organization estimates that more than 21 million people in the developing world are leg-handicapped. Those who have received the gift of mobility through a PET are living testaments to the liberation a PET offers and to the vision of a man whose life journey we would all do well to emulate, or at least honor, by giving some portion of our time and money in the service of making the world a more compassionate place.

Michael Smith is an association professor in the Department of History. Email him at mismith@ithaca.edu.