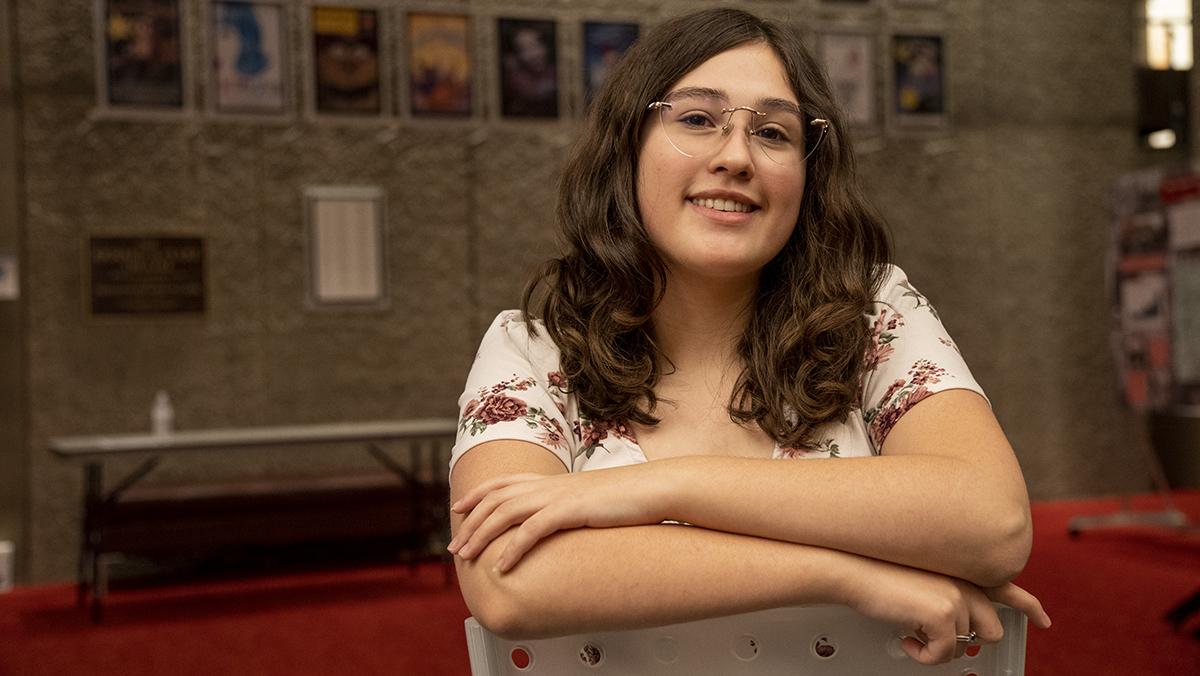 Leila Marcillo-Gomez/The Ithacan
Sophomore Jenny Rose discusses her experience being a white-passing Native American student. She talks about how her identity is questioned and how the college ignores indigenous issues.
By Jenny Rose
Published: December 8, 2021

I have always felt closely connected to my culture. I’m Choctaw, which means I’m Native American, but you can’t tell by just looking at me. Simply put: I’ve always looked white. Movies and television shows have long depicted Native Americans in such a way that stereotypes of what I should look like are ingrained into the general population’s mind. Some people think Natives don’t exist anymore and others think they only live in rural desert areas. This simply isn’t true.

My skin tone isn’t enough, even though I think I look exactly like my cousins and have very Native features. My culture has continually been erased and I want to have conversations about these issues, but it’s never brought up because my race and ethnicity are never questioned based on how I look. Or even after I say I’m Native, I am forced to explain how I am. The government, which has no understanding of how tribes define their own communities, created laws to put Native Americans into groups. In this way, the idea of blood quantum, or how much “Native” blood you have, became the defining attribute on whether you are Native or not. This continues to create issues for Native communities as it is another way, by the government, to try and eliminate Native peoples, hoping that eventually, we would completely assimilate to European culture. It also allows the government to keep taking land as it allows them to refuse to recognize Native people as legitimate.

These conversations need to be had and Native voices need to be heard. Indigenous women and children go missing every day. I’m terrified of getting a call that another family member is missing without a trace. These issues need to be addressed, but it seems no one listens until it’s a spectacle of a Native dancing in a traditional headdress that aligns with the perceived Native stereotypes. The general public can then continue to participate in cultural appropriation in costumes and laugh at the traditions they can’t begin to comprehend. The issues don’t matter to them because it doesn’t affect them.

Let’s stop the stereotypes that Natives are less than human and savages. So, what can you do to stop participating in colonization? You can probably think of at least one instance where someone mentioned land acknowledgments; for instance, at the beginning of class or a speech from one of the representatives at Ithaca College. As someone who is Native American, it’s an internal struggle whether to appreciate or complain about land acknowledgments. While these are important and the first step to righting stolen land, to be honest, it’s not enough and it doesn’t fix the problem going on in Native communities that colonizers have caused. There are many charities and local organizations that could be donated to or volunteered to help indigenous communities. Words mean absolutely nothing to me if an action doesn’t follow it and I would love to see Ithaca College put on an event and raise money to donate to Native organizations.