Commentary: Pesticide use dangerous for produce 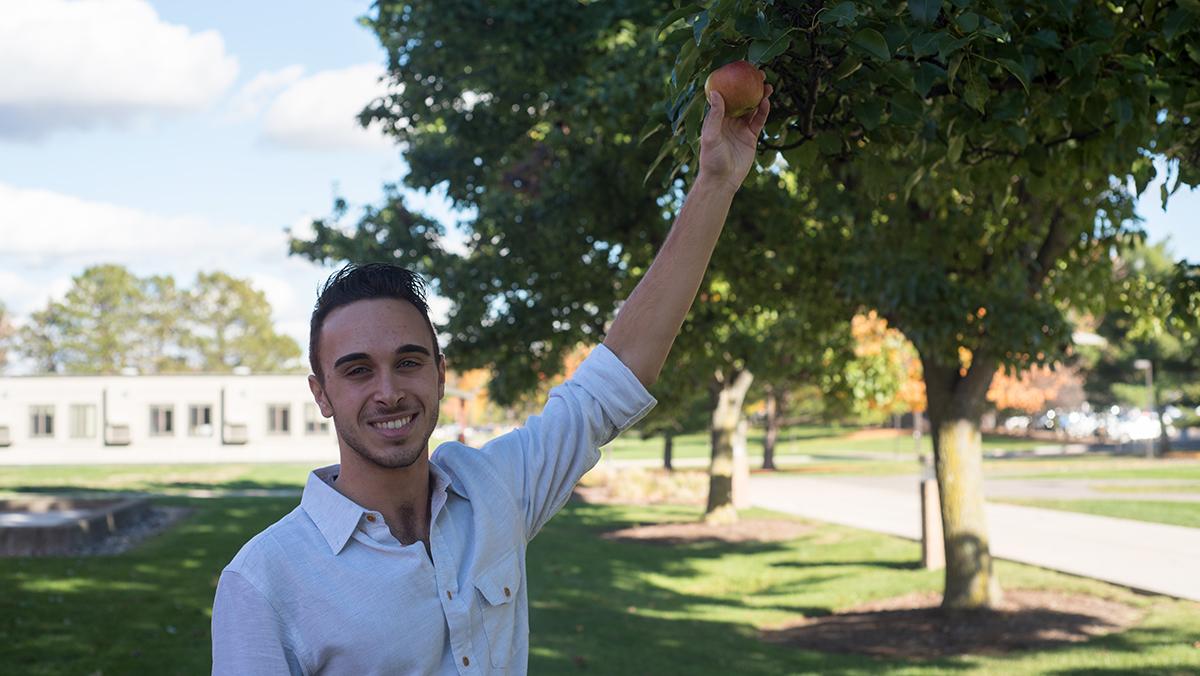 Jade Cardichon/The Ithacan
Senior Michael Ranalli writes that pesticide use in produce like apples is a danger to a consumer’s health and recommends eating organic food.
By Michael Ranalli
Published: October 19, 2016

“Ahhh don’t bite that!” I yelled as my 5-year-old niece took a big juicy bite out of an apple covered in a thin white film that she had just picked at a local apple orchard. I am an upstate New York native, and as such, apple picking with my family ranks highly on my list of cherished childhood memories, and this is something that I still look forward to doing every year. However, as someone who has wholeheartedly and with good reason bought into the organic movement, my beloved annual family tradition has since been faced with opposition in the form of chemical pesticides.

The Pesticide Action Network of North America, an international organization dedicated to reclaiming the future of food and farming, through research found that chemical pesticides are not only dangerous, but are highly influential in triggering cancers. The presence of chemical pesticides in the human body disrupts natural human hormone balances, damages DNA and causes inflammation, and consequently, the natural pH of the body becomes altered, resulting in an environment in the body that is more conducive to the growth of certain cancers. In addition, the chemicals in pesticides even go as far as being able to turn certain genes on and off. Children are especially at risk to develop cancers from exposure to the harmful chemicals present in pesticides. Likewise, even unborn children are at a greater risk for developing cancers in their lifetime when either parent is exposed to chemical pesticides. This and more pertinent information may be found at http://www.panna.org/human-health-harms/cancer.

As an added caveat, in the U.S. alone over one billion pounds of pesticides are used annually as reported by the National Center for Biotechnology Information. Internationally, pesticide use measures over five and a half billion pounds annually. More information may be found at https://www.ncbi.nlm.nih.gov/pmc/articles/PMC2946087/.

There are some steps that you may take to help mitigate the harmful effects of chemical pesticides in your diet. Buying organic produce when available is a great place to start. The USDA Organic Certification requires that your produce is grown without certain harmful synthetic fertilizers and pesticides, sewage or sludge, genetic engineering, and irradiation — and that the land produce is grown on has had no prohibited substances on it for a minimum of three years. These strict standards help to ensure that our fruits and vegetables are truly providing us with their nutrients and only their nutrients.

The reality is that organic produce is not always obtainable. Sometimes you just want a fresh bushel of organic strawberries, but the grocery store simply doesn’t have them. What should you do? Regardless, you should always wash produce to help reduce bacteria, but there are methods that can remove a significant amount of the bacteria and pesticides on nonorganic produce. A fairly easy way of doing this is to soak your produce for about 20 minutes in a mixture that consists of four-parts water and one-part white vinegar, followed by a thorough rinsing. This method does not eliminate all of the residue from chemical pesticides on your produce, but it does help.

Bringing attention and awareness to this issue is the only way it can begin to be resolved. According to WomensHealthMag.com, half of men and one third of women born after 1960 are expected to be told “You have cancer,” and this is an epidemic in the U.S. All our lives we have been told to eat our fruits and vegetables if we want to be healthy, and the use of chemical pesticides as a means of growing mass produce almost seems deceitful. For ourselves and for future generations, we need to take action by starting conversations to promote safe and sustainable farming practices now and to put an end to the negative effects of harmful chemical pesticides.

Earlier this semester, I came across Sierra Club’s 2013 Coolest Schools rankings, which judges colleges on their sustainability.