Commentary: Photography is a display of power 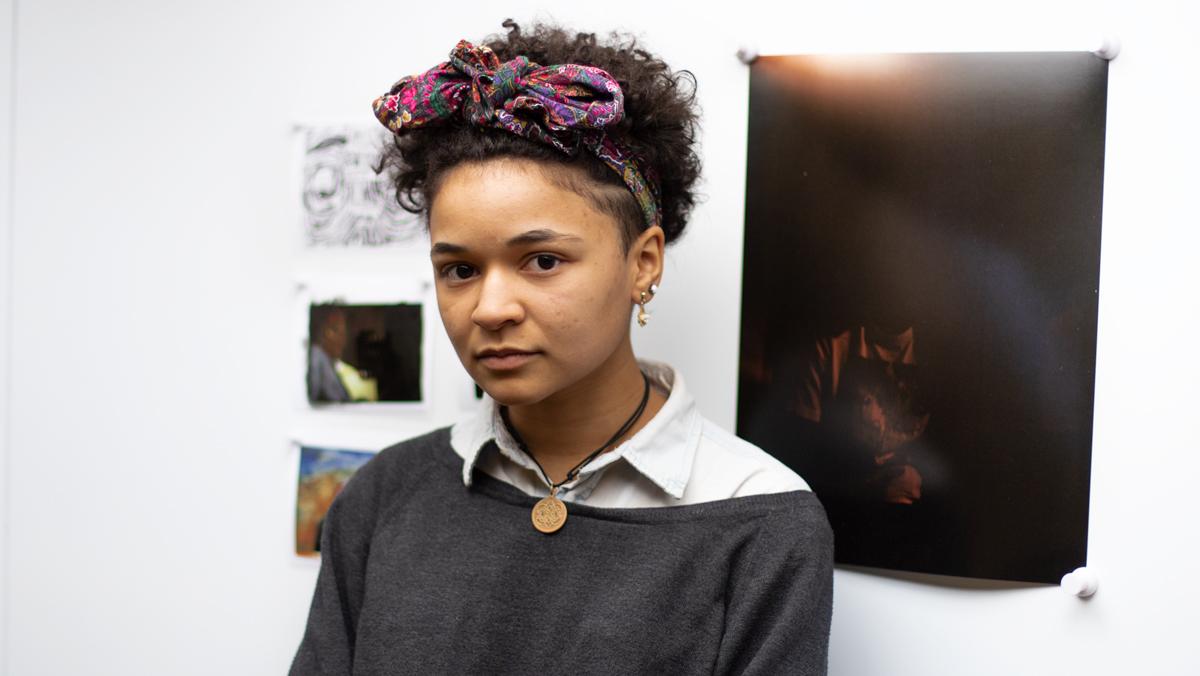 Kristen Harrison/The Ithacan
Junior Marissa Booker writes about the imperialist history of photography and urges professors and students at Ithaca College to engage with this history while discussing media rather than ignore it.
By Marissa Booker
Published: April 10, 2019

“Should we be teaching Cindy Sherman?” was not what I expected to come out of a conversation with a professor a few weeks ago. I critiqued the artist’s use of blackface in a 1976 series, “Bus Riders,” which led to the professor’s defense of Sherman.

The argument then made back to me was one that seemed to legitimize Sherman’s use of blackface — because she had, according to them, discriminated against many other groups.

From my point of understanding, blackface is wrong, has been wrong and will continue to be wrong. Cindy Sherman allegedly doing work about stereotypes doesn’t give her a free pass to do blackface, and her use of it shows a mediocracy on her part. Her photographic interpretation of folks she saw on the bus doesn’t exist in a vacuum. It directly contributes to a cultural legacy of the very white imperialist supremacy that created photography.

To reference Margo Jefferson in The New York Times, the series clearly reduces black people to their skin tone and denies them the nuance given to white people represented in Sherman’s work. That being said, it doesn’t mean that Sherman’s work is of no merit or that she should be removed from all dialogue about photography on college campuses.

It’s much more civil to say that she was an artist that did a famous series on the monoliths women are reduced to in film and has also been called to task for her use of blackface in a less famous series.

Her work can’t be erased, but it can be recontextualized. “It makes it hard for old white people like me to teach,” is not a valid excuse. Dialogue and nuance become key.

It is important to know, recognize and come to terms with the fact that photography exists today because of the imperialism that created massively disproportionate wealth for white Europeans who benefited from the exploitation of lands like those in North and South America, Asia and Africa.

This is to say that white European “renaissances” were built on the bones and bodies of those they oppressed.

What allowed the inventors of photography to toy with mercury and silver was a concentration of wealth that was no accident. Imperialism has a bloody history we at IC reap the fruit of. The invention of photography came alongside the cementation of gender, race, ethnicity and the many other mediums in which considerable binaries play out.

Because of these afflictions — such as racism, (cis-)sexism, classism, etc. — access to photography has been limited. The voices that are heard through photography have been/are limited. This means that going into communities and exploring yourself through those communities often risks the recreation of the same dynamics of anthropological studies that have contributed to and crafted stereotypes and racial profiling as it is known today.

To take a photo is an exercise of power.

To make the argument that there would be no record if photographers did not document “the other” often ignores that white people, especially men, have historically been the ones with access to the medium and historically not everyone is photographed equally.

Obviously, this is not just about Cindy Sherman, so what can be done? Perhaps if an artist is called to task in a critique or lecture, permit the argument and refrain from shutting it down with tired rhetoric. If you don’t feel prepared for a debate, come back to it next class after some research. Google it then and there. Expand your knowledge of history.

The classroom is also implicated in this imperial power structure as it has risen from the same inequities.

It would be remiss if this predominantly white institution did not take the time now to reflect on and challenge itself by listening to objections of students of color, of white women, of LGBTQ individuals, and taking those challenges to heart when going forth and creating media.