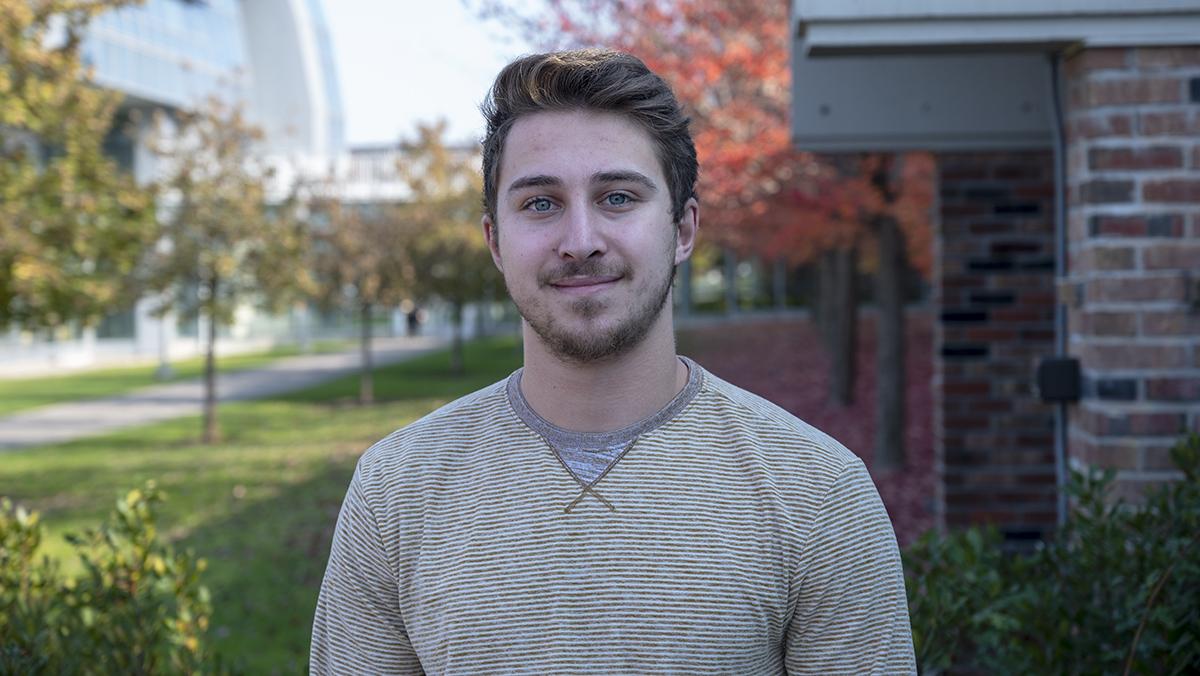 Lauren Lubenow/The Ithacan
Senior Max Isaac sheds light on the influence that social media has on college students. He discusses the negative side of social media and the affect on mental health.
By Max Isaac
Published: November 11, 2021

Social media is all around us, whether we like it or not. The new technological age in which we currently live has changed the way that we interact as a society. Every person has had their life impacted by social media in one way or another.

Modern times have surrounded us with technology at every corner. The most prominent version of this is college students and social media. There are hundreds of different social media platforms, like Instagram and Twitter, that students use to voice their opinions and flaunt their lifestyles. Whether it be to check up on friends, post something of their own, or check up on news, many students at Ithaca College use some form of social media daily.

Social media has many negative effects on sociability among college students. It is very easy to just sit on your phone and not interact in classrooms and social settings — I have even been guilty of doing this. The constant need to check up on our social media accounts is lowering our society’s moral values. Students are becoming more focused on online friendships over in-person interaction. Evidently, this has been resulting in decreased physical interaction. Around 44% of teens agree that social media can distract them from their current in-person interactions. As almost half of the college population is distracted by electronics, I urge people to remind themselves of the value of face-to-face communication.

Social media does have a dark side to it. Negative comments on social media can be detrimental to a person’s image and mental health. Comment sections can be harboring spots for dehumanization, anonymity, a mob mentality and numerous other categories of social media interaction. There are too many cases in which social media has resulted in severe bullying cases that have led to self-harm, suicide, etc. Some of the effects on mental health can be depression, anxiety, suicidal thoughts and a dopamine addiction. Although it is easy to forget that accounts are run by ordinary people, social media users seem to disregard this in the comment sections of photos and videos. It is very important to remember that there are real people behind the accounts you comment on who have real emotions and feelings.

It is very easy to say things behind a screen that you would not say in person. There are fewer real-time repercussions and less accountability when commenting on a post. Anonymity is easier than ever on social media with the usage of burner accounts and other identity-hiding methods used on social media platforms. This results in accounts posting negative reactions that they most likely would have kept to themselves if it was an in-person interaction.

Although it is very easy to be on your phone in a social setting, this limits the necessary interactions needed to grow as a human. Situations like awkwardness and tension may be negative, but are necessary for human development. Doing these behind a screen does not get you the real reactions that you would get in person, which results in a realization that you can say these things with fewer problems than you would truly face in real life. It is always important to remember that social media is not the real world and things you do on social media do not always translate to in-person human interactions.