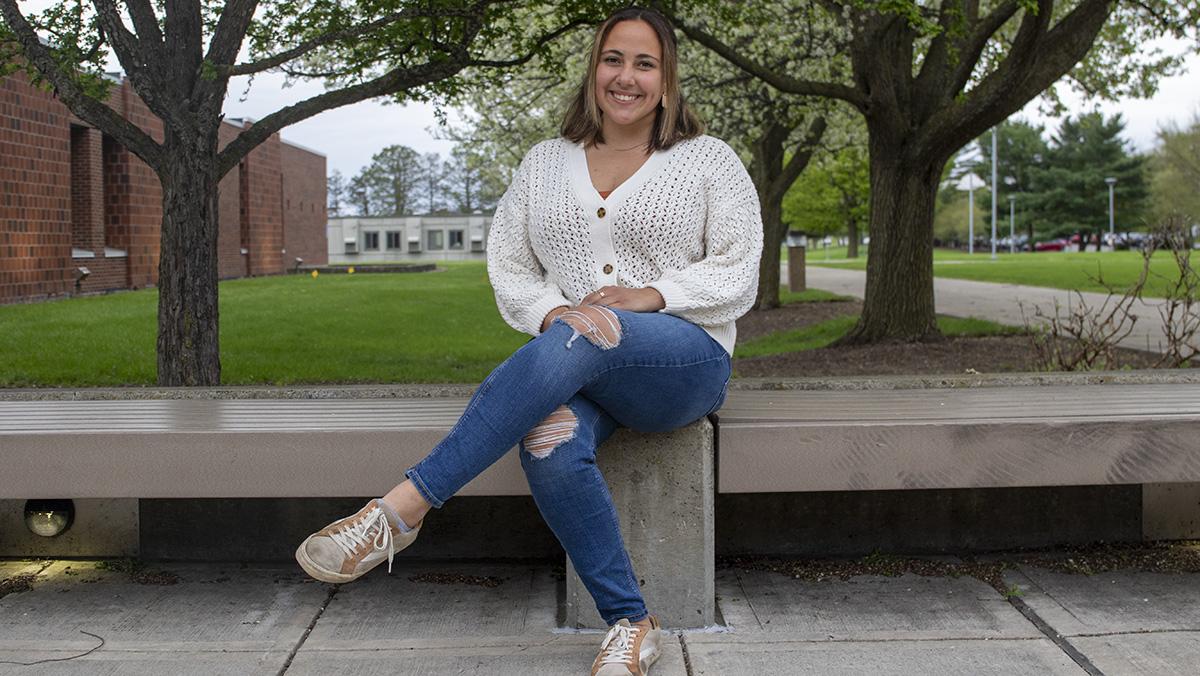 Eleanor Kay/The Ithacan
Senior Madison Fernandez is the editor in chief of The Ithacan for the 2020–21 academic year. She discusses the importance of supporting and elevating the work of student journalists.
By Madison Fernandez — Editor in Chief
Published: May 5, 2021

This year for World Press Freedom Day, held May 3, there was a renewed push to celebrate local journalists. No, this did not mean addressing race and gender pay gaps for reporters, nor did it involve providing the infrastructure needed to maintain independent local newsrooms. Instead, we got a hashtag — #FollowLocalJournalists.

Twitter launched the campaign with the goal of sharing local journalists’ Twitter handles in order to increase the size of their audiences. In today’s social-media-dominated world, the number of followers you have has a direct impact on your work. A quick scroll through the nearly 200 quote tweets on Twitter’s announcement about the #FollowLocalJournalists initiative shows a spate of shoutouts to local journalists all over the world. Notably, there are no student newsrooms.

Sure, there are plenty of local outlets in Ithaca — some of which I’ve worked at myself and respect immensely — but none of them have the capacity to provide the hyperlocal, critical viewpoint of Ithaca College that The Ithacan does. Being students gives us a unique closeness that others just don’t have. We are the ones in the classrooms interacting with our peers and faculty members. We understand what the values of the institution are, both those that are said versus those that are actually acted upon.

But this closeness proves to be a special challenge. It’s an odd, and sometimes uncomfortable, reversal of the power dynamic when all of a sudden, you’re questioning the very professor who is grading your assignment the next day or the president who’s handing you your diploma when you walk across the stage at commencement. These subtleties of being a student journalist are lost when our work is disregarded and not considered on par with “real journalists.”

Perhaps the most ironic celebration of World Press Freedom Day was from the illustrious New York Times, whose PR account tweeted a message “encouraging everyone to support a local news outlet.” Where was this commitment to local journalism when the Times published a story about colleges slashing budgets during the pandemic, including information The Ithacan reported about Ithaca College’s Academic Program Prioritization process, but did not source us? Similarly, in a story published in The Guardian that included the college’s faculty cuts, the writer chose to source another national outlet, Inside Higher Ed, instead of The Ithacan. We have been reporting tirelessly on this issue since the beginning of October — over 60 articles to date, in fact. In today’s digital media world, the least these outlets can do is link to our work.

It hurts when these larger outlets fail to recognize the student journalists who do the initial reporting, especially when, for the last four years, my classes have put them on a pedestal. I’ve spent countless class periods learning about these big national names, whereas I’ve had to do research on my own time to find great work produced by local and startup newsrooms. It’s not that we shouldn’t be learning about legacy outlets — it’s that they belong in history courses.

I feel encouraged because I worked at The Ithacan. I know that my time at the paper has prepared me for whatever challenges I will encounter as I enter the journalism field full-time.

Follow local journalists, but also support student journalists. We know that the quality of our reporting is not determined by the popularity of the outlet, but clearly, not everyone does. It’s time to elevate and celebrate our work.

Madison Fernandez named next editor in chief of The Ithacan