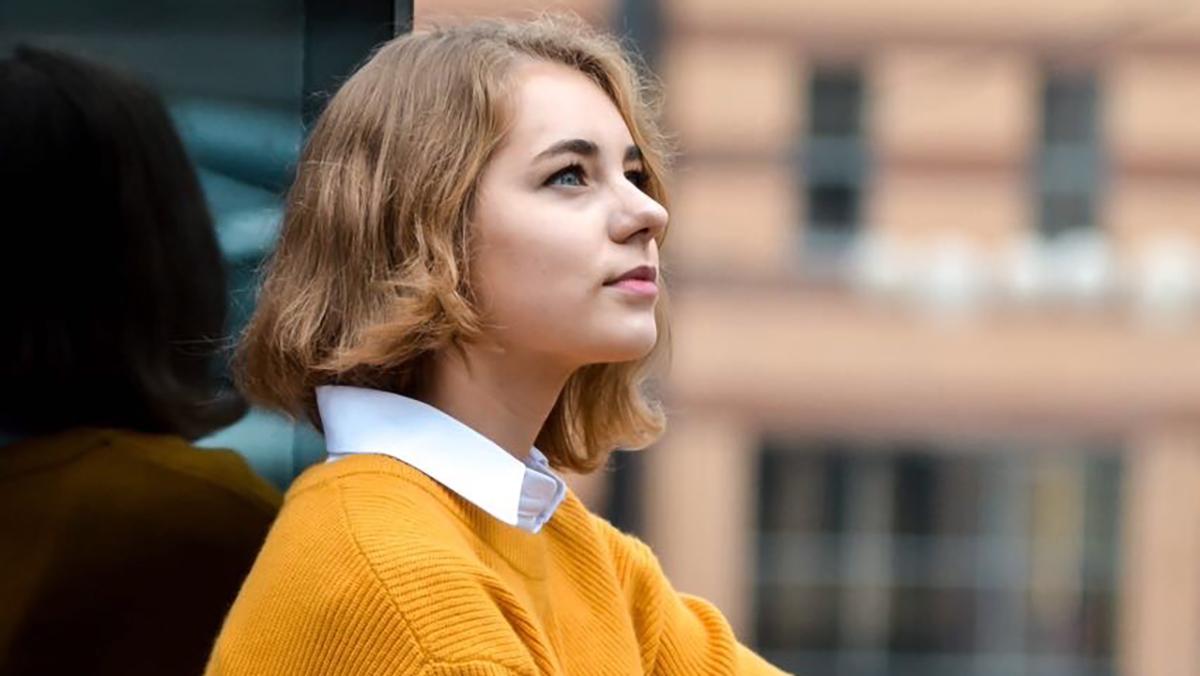 Courtesy of Daria Karpenko
Junior Daria Karpenko worries for her family's safety since the war between Ukraine and Russia began. She said she has felt a range of constantly changing emotions.
By Daria Karpenko
Published: March 11, 2022

Eleven days have passed since the war started. This is the second week since the Russian invasion of Ukraine, but it feels timeless. Every day seems to be the same; I live from monitoring the news to texting my parents and back to checking the news. Nothing helps much, but the more time that passes, the less anxious I feel. It all started with fear, which grew into desperation. I vividly remember the first two days as I stayed up two nights in a row just to check on my family and friends. I felt pretty euphoric days after as the resistance in Ukraine became worldwide, hoping for the end of the war soon. However, as time passed, there was no end to it. More people were fleeing and moving around, including my friends and family. The war tore us all apart, placing them all over the European continent and leaving me in the U.S. with no understanding as to when I will be able to see them again. Five days in, the apathy and anxiety came back, and I wondered if it was due to the realization that the country I grew up in was burning in flames from missiles and rockets or due to the lack of sleep and a proper routine. Perhaps, all together, because all my thoughts were somewhere underground with my family as they were hiding from another air–raid attack. No matter where we were, the war broke us when Russian soldiers attacked Feb. 24.

I stayed in touch with most of my friends from Ukraine, who, just like me, left the country to study abroad. Guilt. We all feel guilty. We get to wake up safely, rolling around in our comfy beds, while the rest of our families do not know what comes next for them. Are we even allowed to feel low as we get to enjoy the safeness of our apartments, the warmth of our food, the accessibility of almost anything at any moment? Yet, I still do. There is an internal battle within me between the agony and responsibility to take care of myself. I understand that one of the smallest things I can do to make my parents feel calmer is to carry on: sleep, eat, go to school and get good grades. The agony lies in many things, one of which is that I cannot keep up with my routine, especially during the midterms. I am angry, yes, because back home, soldiers are fighting for the future of my country, and I cannot merely keep up with the sleep-eat-school-homework schedule. But, are my feelings of exhaustion valid compared to the actual terror that my people go through in Ukraine?

On the other hand, I do not get as stressed as I used to about my grades and GPA. Priorities shifted, and just like that everything that ever had value to me lost its price. Nothing seems to be as crucial as the life of the closest ones, but you only realize it when there is an irreversible sense of danger. But why only did we have to pay such a high price to concede that? The unity and bravery of the Ukrainian nation that every newspaper talks about is the price of thousands and thousands of the deceased. How many more lives have to be taken for this war to be over? How long does it have to last?

It took my family five days to get out of Ukraine as my parents decided that it is better for my younger siblings to stay away from the war. The last three days before their departure, they spent their nights in a shelter due to the constant air raids. Despite them leaving, both of my grandmothers and the rest of my relatives stayed as they did not want to leave. I asked my dad a couple of times if they wanted to visit me in the US and stay for some time, but my family is hopeful they can come back home soon; that’s why they don’t want to travel far, especially with four kids. My mom is constantly asking me whether I feel calmer now, knowing she is safe, but both she and I know that we want to return home more than anything right now. We want to go back to the reality that was disrupted on February 24th, yet nothing will ever be the same.