Commentary: The Ithacan to continue to work on inclusive culture 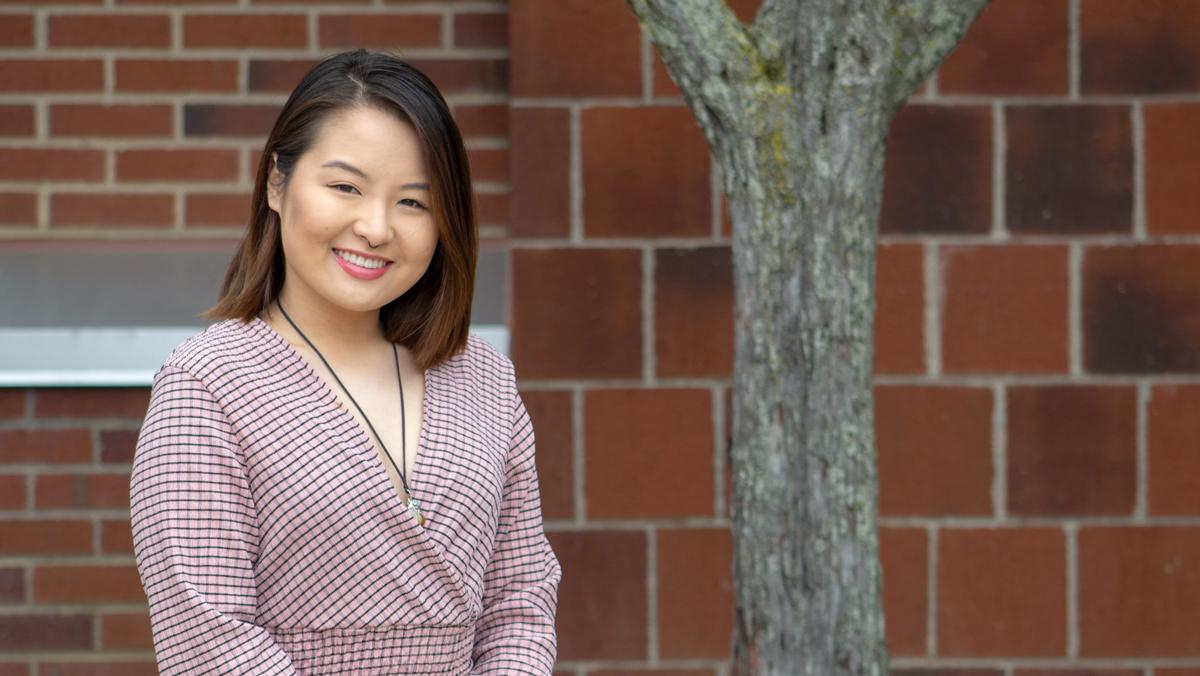 Frankie Walls/The Ithacan
Senior Katelyn Walsh, community outreach manager of The Ithacan, reflects on her time at the paper and what she hopes her position will be able to accomplish in the future.
By Kat Walsh — Community Outreach Manager
Published: May 1, 2019

Over the course of the past seven months, I have been tasked with the responsibilities of community outreach manager for The Ithacan. I’ve learned a lot about our community and the institutional structures that have shaped how we live during our time at Ithaca College. As I finish my senior year, I would like to spend some time reflecting upon what I have learned in the hopes that we can all grow together.

My goal when I stepped into this position was not to fix this paper. Honestly, this paper has problems that are bigger than a one-person board position. My goal was to start bridging a gap that exists between our newspaper and the community. This process is something that we knew was going to take some time, and, to a lot of us, this usually means that there will be no change at all. But during my time here, I’ve learned that changes within an institution are slow and incredibly difficult. When the establishment you are working for has a foundation that is built on the success of cis white students, it also means that it is built on the oppression of marginalized groups.

My first challenge when I entered this position was finding out that I was essentially alone for figuring out what this job would look like. While The Ithacan knew that it needed someone to help it bridge this gap, it had yet to solidify what that would look like. I was concerned that this position would become a way for The Ithacan to gaslight its issues onto one person who would become the “spokesperson” for the entire community. I spent the first half of my time as COM gathering resources, talking to mentors and addressing where the problems were so we could avoid tokenization. The first thing we knew was that giving this responsibility to one person automatically makes the person a “token minority.” The second thing we knew was that this was going to be a process that took place over the course of multiple years. Even if I was somehow magically capable of representing everyone in the community and fixing this paper within the year, what would happen after? If we did not come up with a plan to ensure the responsibilities of the next outreach manager, then the next editor in chief could decide not to continue on with the position — then all our work would be for nothing.

I learned that a lot of my work this year trying to start a conversation with the community was more reactive than it was proactive. In order to fix this, I spent the amount of time I had left laying out a three-year plan with editor-in-chief Grace Elletson. What had we learned? The plan we’ve created holds accountability to The Ithacan to continue on with the efforts we’ve made and hopefully make them better. We’ve laid out events and workshops that involve collaboration between us and our community in hopes that we can begin to heal together, becoming stronger and more united. We should be partnering with our community in creating this paper, and that cannot happen if people are too intimidated to walk into the office.

I realize that some of you still don’t believe anything will happen. But honestly, we only have one option: to apologize for our mistakes and shortcomings and to become better. Our community is going to thrive whether or not The Ithacan comes out every Thursday. So it is our responsibility to keep up and to support this community using every resource we have as a structure of power.

I know this journey has been tough and slow — and while it isn’t over yet, it’s taking its first major steps. I believe in the strength of this community and in the dedication that The Ithacan has toward becoming better.

‘Past Deadline’: Inclusivity at The Ithacan