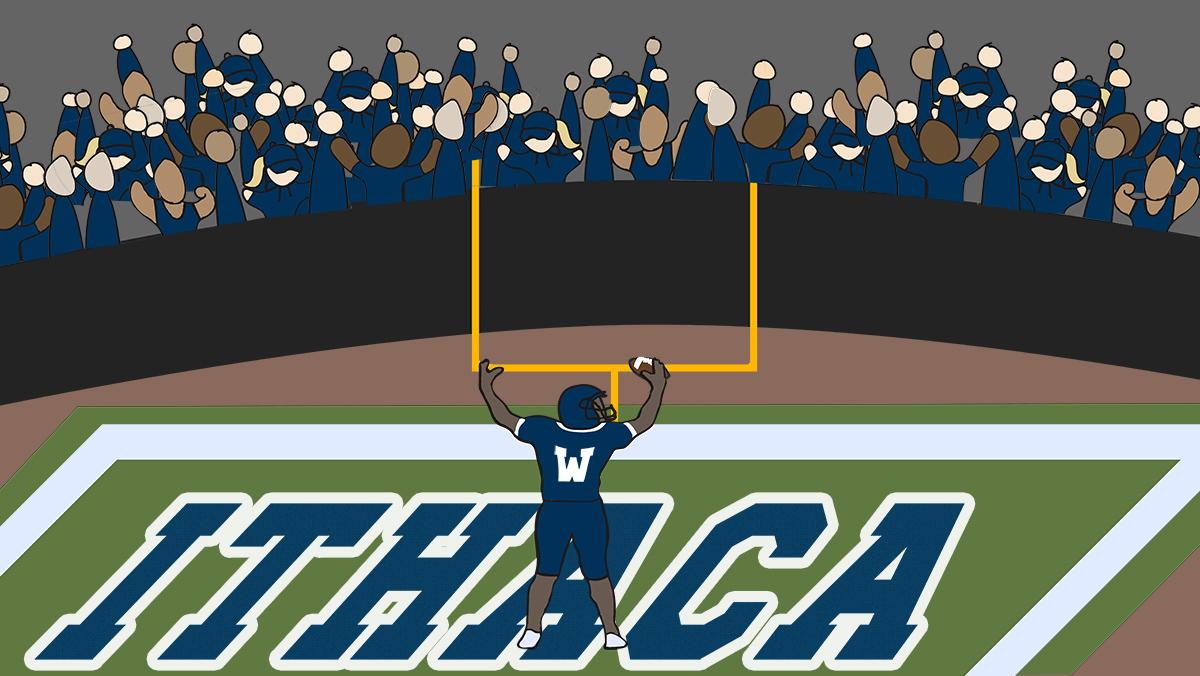 Every other year, Ithaca College hosts the Cortaca Jug game against SUNY Cortland, but the last time the game was played at Butterfield Stadium was 2017. In 2019, the college hosted the rivalry at MetLife Stadium in East Rutherford, New Jersey, and this year, the game took place at Yankee Stadium in the Bronx. The 2019 and 2022 games now hold the first– and second-place attendance records for a Division III football game, respectively.

Friendly competition is key in sporting events and helps boost school spirit among students, faculty, staff and alumni. Larger events like Cortaca being in places like New York City allow a wider network of people to come and witness the experience of the Cortaca Jug game. The t-shirts and signs made, the costumes people dress up in and the family and friend reunions all contribute to the liveliness of the event.

Holding the game at Yankee Stadium also opened the door for many students looking to get into the sports world. Four students were able to call the game and do sideline reporting alongside Bruce Beck ’78 on the YES Network. Beck is a well-known name in the New York sports world, having worked on the Super Bowl, the Stanley Cup Finals, the World Series, the NCAA Final Four and the Olympics. One student, senior Jeremy Goldstein, said that working with Beck was a bucket list item for him. Other student media members also had the opportunity to work on the field or in the press box documenting the game.

Beyond just student media, holding Cortaca in such a large venue was also a monumental moment for the athletes and both teams’ staffs. Butterfield Stadium at Ithaca College can only hold 5,000 spectators, while Cortland’s stadium complex holds a little more at 6,500. There were 40,232 fans in attendance for this year’s Cortaca — a number that some athletes may not have the opportunity to play in front of again. The eruption of cheers from the crowd stimulated the strong performance of both teams. Making Cortaca such a significant event calls on community support to show up and show out.

While some students have complained about the distance needed to travel for the game, holding Cortaca at large stadiums still proves to unite communities of people cheering for the same goal. The friendly competition and anticipation for the event each year fuels the spirit of the Cortaca Jug game.