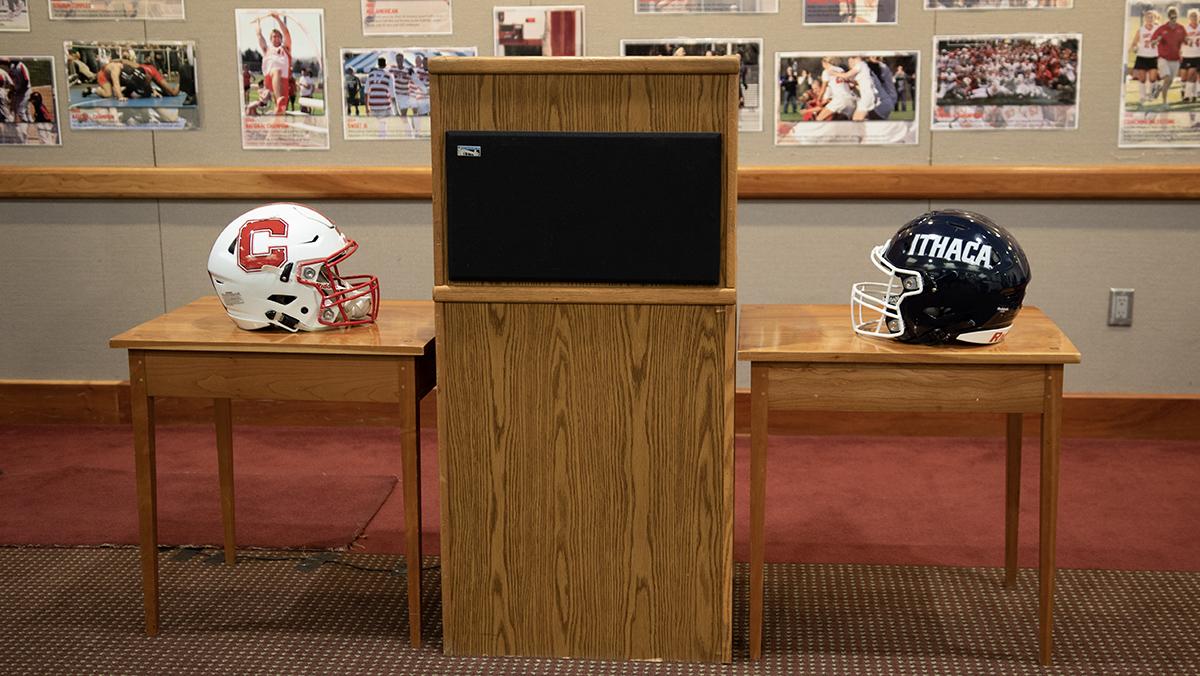 Ana Maniaci McGough/The Ithacan
Ithaca College announced that Bruce Beck '78, who is an anchor for WNBC in New York City, will be the announcer for the Cortaca Jug game in Yankee Stadium.
By Aidan Charde — Sports Editor
Published: November 8, 2022

Ithaca College and the YES Network announced Nov. 8 that Bruce Beck ’78 will be the play-by-play announcer for the coverage of the Cortaca Jug game Nov. 12. Alongside him will be four students from the college.

Beck, who graduated from the college with a Bachelor of Science in accounting, has been the lead sports anchor at WNBC in New York City for the last 11 years. With the station, he has covered events including the Super Bowl, the NBA Finals, the World Series, the Stanley Cup Finals, the Olympics and the NCAA Final Four.

He has worked with WNBC since 1997 and won nine Emmys in his career. In 2017, the college awarded him with the Jessica Savitch ’68 Award of Distinction for Excellence in Journalism.

Two of the students covering the game will be in the booth with Beck, while the other two will be on the sidelines. Bryan Roberts, associate dean in the Roy H. Park School of Communications, said part of the college’s agreement with YES that allowed the network to broadcast the game was that the college was able to choose who was the announcer for the game.

“We thought, ‘how cool would it be to have one pro with a number of student announcers?’” Roberts said. “[Beck] does a broadcasting camp that brings us students, so how great is that? The guy who kind of does a pipeline now is in the booth with them.”

Roberts said the college is still deciding on who the students will be.