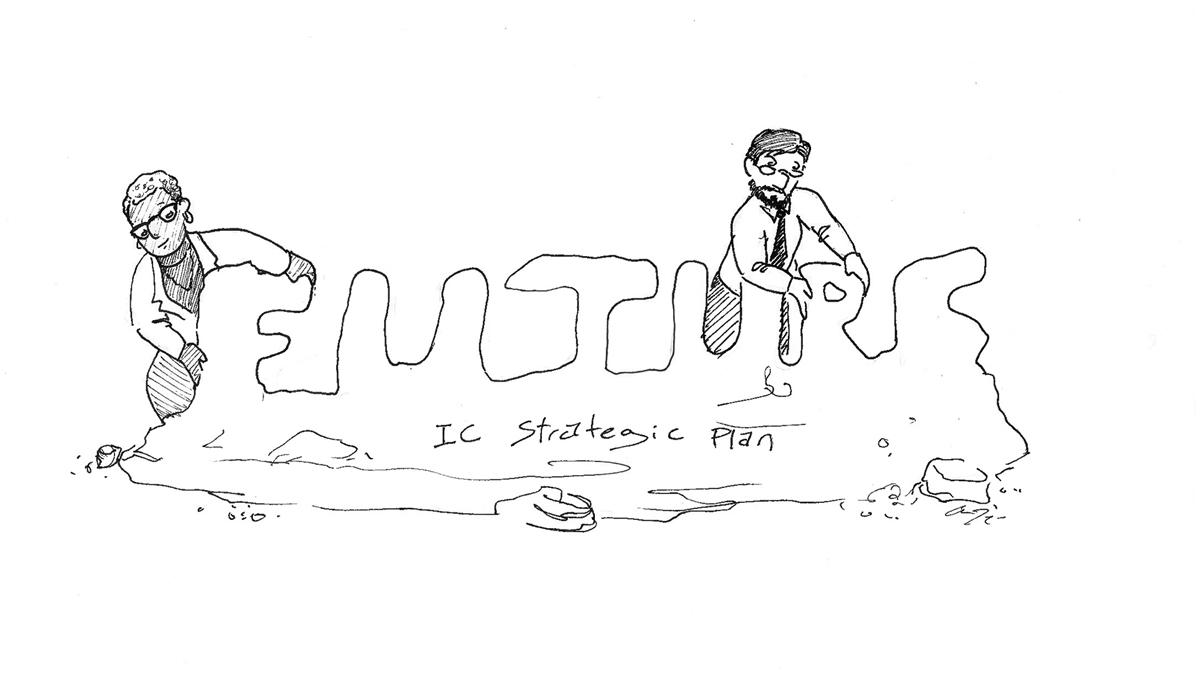 As Ithaca College’s strategic planning steering committee moves further along in developing initiatives for the college, it recently held a series of brainstorming sessions during which the campus community was invited to give ideas and feedback on the plan’s recently released themes. These “Themes Idea Generation” sessions were held Feb. 25, 26 and 28, the first two each yielding approximately 40 attendees while the third yielded approximately 20.

One of the promises made when the strategic plan was introduced as a concept was that it would have an open development process and be heavily driven by community feedback. It is encouraging to see that the committee is upholding this promise by continuing to accept feedback at each step in its process, even as the plan begins to solidify. If the committee continues to prioritize community input at the degree it has been, the possibility of the strategic plan genuinely improving the college looks promising.

Another aspect of these sessions that should not go unnoted is that they have caused a noticeable change in the pace of the strategic plan’s development. While the committee has hosted open sessions and opportunities for the community to provide feedback before, those opportunities in the past were largely centered around theoretical aspects of the plan. In contrast, the recent brainstorming sessions were the first opportunities for the campus community to provide concrete feedback on solidified aspects of the plan. At the sessions, attendees discussed potential future initiatives, like increasing accessibility on campus by adding more elevators, adding a physical therapy clinic to campus and creating more spaces on campus where students from different schools can interact.

Since the plan’s working themes have been proposed, the campus community has much more solid groundwork to provide feedback for. The themes, announced Feb. 19, — Investment in People, Place, Planet; Interconnections Among Disciplines, Schools, Partners; and Evolution of Students, Curriculum, College — provided a much-needed framework of the plan so that the campus community could better understand the plan’s purpose and objectives. While the themes may be broad, that does not undermine their roles in helping members of the campus community break down the plan into comprehensible initiatives.

Before the proposed themes, the strategic planning process was mainly discussed in general, theoretical terms, and the feedback that the committee received was limited by that. However, the further building of the plan was reflected in the feedback the committee received at its most recent brainstorming sessions. Instead of asking attendees to merely provide broad issues they would like to see addressed, the committee requested that attendees set goals for the college and provide ways the college could achieve them. Breaking away from overarching themes, the committee is now investigating the concrete changes the plan will make to the college and the best way to go about making them.