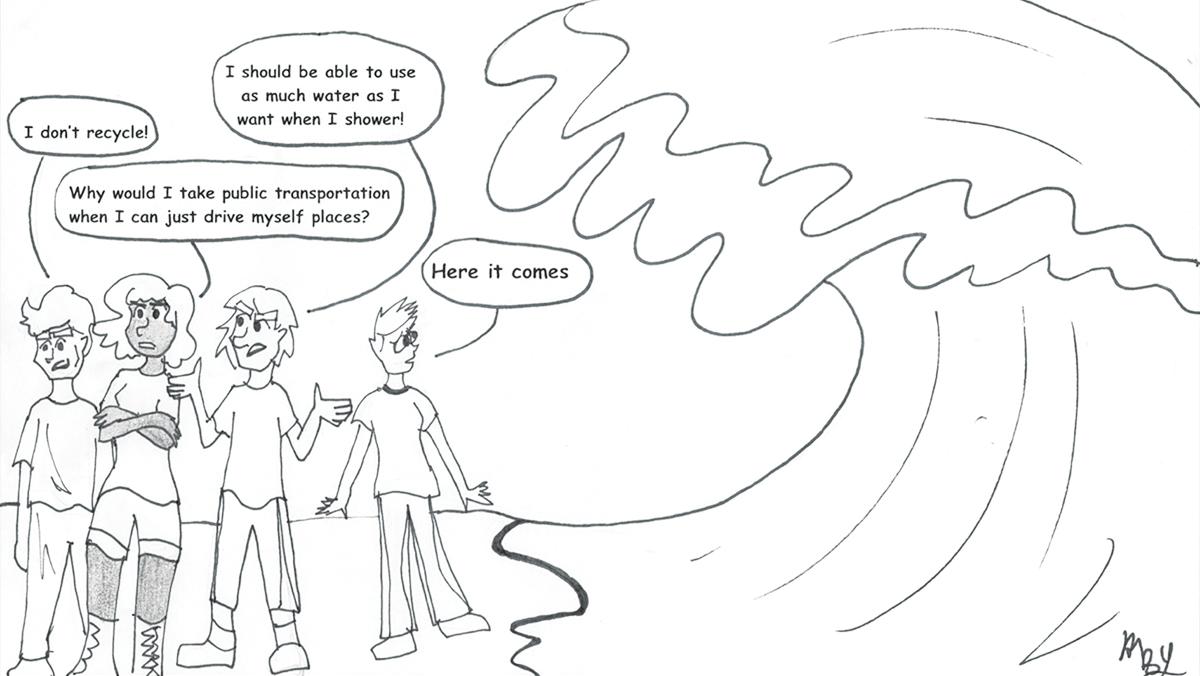 Rising sea levels. Increasing temperatures. Erratic weather patterns. The truth is in the weather and the natural environment: Climate change is, undeniably and unequivocally, real, and now it is tangible on the hyperlocal level.

Due to human activity, global warming has been exacerbated to the point where unrelenting damage is being wrought in areas all over the planet, from forests to oceans to small towns to major cities. There is no person, nation or city on Earth that can escape the brunt of climate change.

The same rings true in Ithaca. Just last fall, the local area experienced its worst drought on record. The weather in Ithaca has largely been inconsistent, with temperatures reaching up to the 60s and 70s one day, then dropping to the 30s and 40s the next. Local environmental groups like Non-Timber Forest Products have also felt the brunt of climate change in maple syrup production, and all of the college’s bees have died this winter. These weather patterns are the glaring effects and foreboding harbingers of intense climate change on this planet.

Despite the rising urgency of the need to combat climate change, it is often the case that only a small handful of students, most of whom are in the Department of Environmental Studies and Sciences, truly care about global warming, as most sustainability events and initiatives are spearheaded by students in this department. In the college’s Integrated Core Curriculum, the theme Quest for a Sustainable Future has the lowest number of students enrolled.

This lack of urgency also extends to events held on campus. For instance, when the college hosts speakers or events centering the environment or climate change, they are often relegated to smaller classrooms not centrally located on campus. Even Sandra Steingraber, a prominent figure in the fields of environmentalism and sustainability, will be giving her talk during Sustainability Week in Textor 102 instead of in a more central and larger location like Emerson Suites.

What these examples show is a lack of an institutional commitment to engaging in these issues — spanning beyond academic departments that relate directly to the environment. But this apathy will only hurt the community in the end, as the effects of climate change are indifferent to whom it impacts. Personal efforts to combat climate change can start small, such as taking shorter showers or finding more sustainable ways of travel. It is not too difficult for students to find ways to lessen their carbon footprint and care more for the environment around them. Those who may be resistant to small changes are ultimately trading long-term changes for short-term conveniences. Choosing to do nothing to combat one’s carbon footprint or reduce waste demonstrates ignorance to the very real ways climate change will inevitably change the world we live in.

Climate change should be given a greater sense of urgency at this college, whether through making sustainability events more accessible to the campus or even encouraging more students to take more classes on environmentalism and global warming. Climate change is already taking effect on the local level in previously untouched places like Ithaca, and it will get worse. As years pass, temperatures continue to rise and humans continue to contribute to global warming, the effects of climate change will only spread farther and wider to any and all communities — Ithaca included.