Editorial: Community should write to IC Board of Trustees 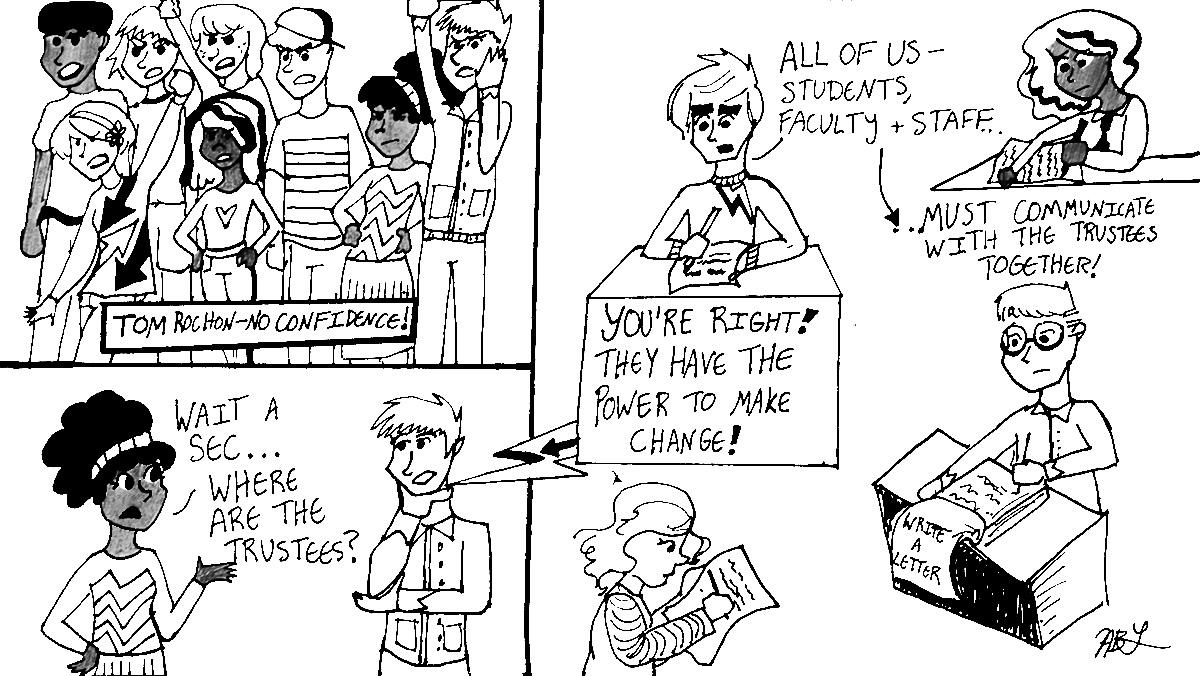 In the last several weeks, with voices raised in protest and discussions of no confidence votes floating among students and faculty, there has been a clear and unwavering level of unrest at Ithaca College regarding the racial climate and overall satisfaction with the current administration.

This discomfort was felt when students of color told their stories at Free Speech Rock and when they stood up on stage at a campuswide meeting before walking out of it amid chants. It was felt when the Student Government Association unanimously voted to initiate a student vote of no confidence in President Tom Rochon. And it was felt when the 146 faculty from the School of Humanities and Sciences motioned to do the same.

This uneasiness can be felt by almost everyone on campus with at least some knowledge of what has been going on. However, the uneasiness is perhaps least felt by the group that has the most power to do anything about it: the Ithaca College Board of Trustees.

The trustees maintain many upper-level positions within their respective organizations and fields, which means that they likely have little time to make collective visits to campus. Even if they read coverage of campus events in The Ithacan or elsewhere, the level of unrest on campus cannot be felt through secondary sources in the same way that it can by attending a protest or talking with students and faculty about their dissatisfactions. These interactions provide the heart of the context of the issues, and the trustees are simply not involved in this kind of communication.

Yet, these are the people who will decide what comes of the vote if it passes. If students and faculty really believe that there should be a change on this campus, with its leadership or otherwise, they should consider a more involved and direct communication with the trustees, such as through letters or emails that explain the context of their concerns.


The reality is that the trustees hired Rochon for a reason, and it may take more than a no confidence vote to convince them that they need to reevaluate the state of the campus. They may not read or respond to letters sent to them, but at least there exists another avenue of communication and advocacy that makes the trustees aware of the problems existing on campus and potentially motivates them to push for change.