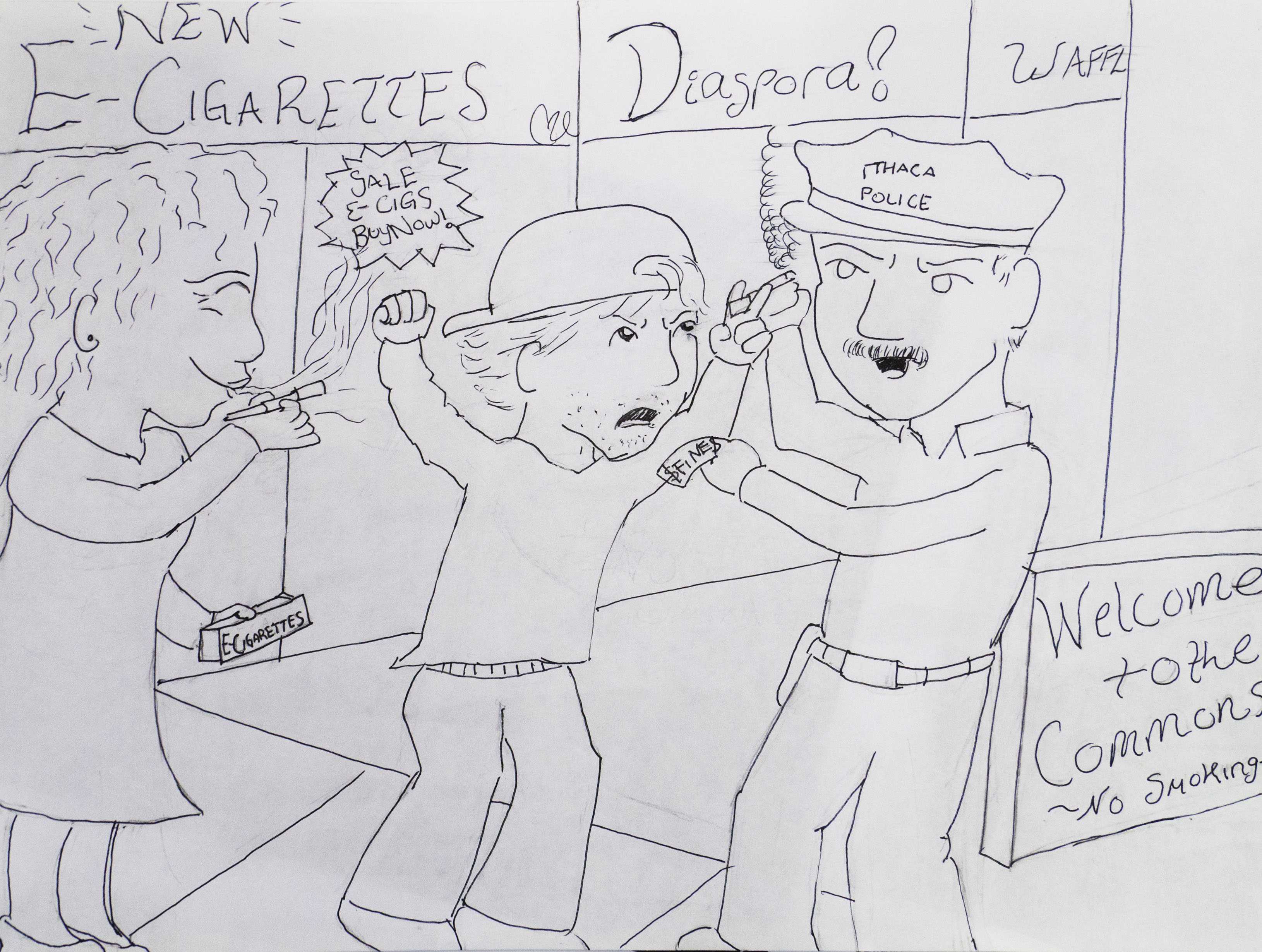 Electronic cigarettes, or “e-cigs,” are a trending alternative to tobacco cigarettes. They are cheaper, more accessible and are perceived as healthier than traditional cigarettes because they do not produce secondhand smoke. Though Ithaca College has policies that ban people from smoking tobacco products indoors and designate specific areas for outdoor smoking, there is still no policy for e-cigarettes.

Currently, non-smokers benefit more than smokers from smoking-ban policies that intend to protect people from secondhand smoke. Though these policies help non-smokers by not forcing them to endure secondhand smoke, it punishes smokers by forcing them to change their habits without any helpful alternatives or support. The City of Ithaca mirrors punitive trends that restrict smoking to designated outdoor areas by banning smoking on public spaces such as The Commons.

The rise of e-cigs may allow for a loophole in existing smoking policies. Without specific legislation, those choosing to smoke e-cigs may be able to light up whenever and wherever they want without having to step outside. The accessibility, coupled with the highly addictive chemical nicotine, a substance also found in insecticides, enables smoking addictions.

The college and the city have a chance to make a groundbreaking policy that, for once, benefits smokers. By implementing rules that only ban electronic cigarettes indoors, e-cig users would have the freedom to smoke in currently banned public spaces, such as The Commons. Yet at the same time, their addiction could potentially be curbed by being forced to smoke outside. With policies that work to benefit the smoker, the electronic cigarette has the potential to be an effective cessation device.