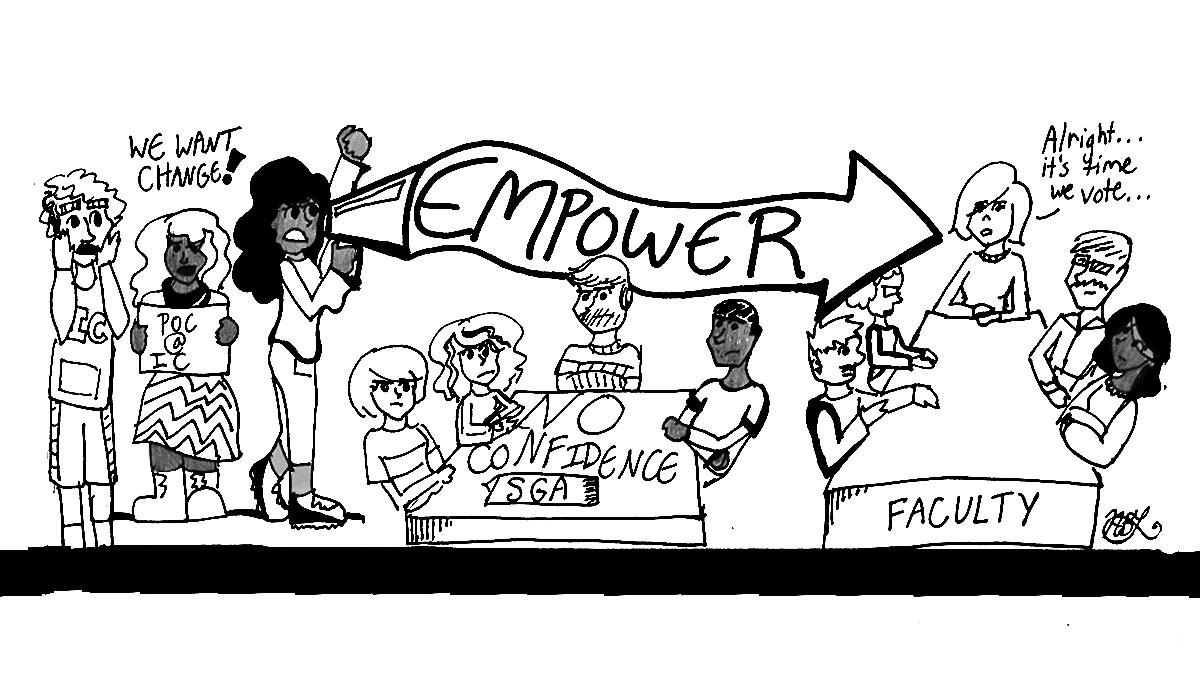 As students and faculty members lay down on the cold, wet pavement by the Academic Quad on Nov. 11 in a die-in protest against the way the administration has handled racism on campus, it has become clearer than ever just how necessary it is for the campus to move forward on these issues. Fortunately, the Faculty Council made a step in that direction by deciding to hold a vote of no confidence for all full-time, continuing faculty members; professional librarians; and phased retired faculty to participate in.

With so many of the college’s larger initiatives on hold, such as staff cuts, IC 20/20 and the Blue Sky initiative, and with the absence of measurable productivity on the administration’s part, the college seemed to have drifted into an era of stagnation. But with the motivation of POC at IC’s powerful messages presented at each of the group’s demonstrations, the Student Government Association took action last month and launched a vote of no confidence in President Tom Rochon, and now faculty members have followed suit.

The fact that students took this step first and were able to set an example for faculty already exhibits a significant shift in the power dynamic at the college. Students have led the faculty in a direction that has broken the vicious cycle of endless dialogue without real action or substantial change, and both parties should be commended for this.

The progression of actions taken this semester and in semesters past reveals a chain in which power is starting to be redistributed among all interested groups. The taking of power began with student protesters standing up at Free Speech Rock, at the Peggy Ryan Williams Center and in the Campus Center over the course of the last several semesters, to establish their voice and make evident their intense dissatisfaction with Rochon and his administration. These demonstrations and rallies then empowered the student body as a whole to take action, leading to the SGA’s no confidence vote. And now, finally, this has empowered the faculty to do the same.


It may not be known what the result of the faculty’s no confidence vote will be, but regardless, the fact the vote is happening shows that power is beginning to fall into new hands. As protesters continue to claim this power and consequently empower other students, faculty and potentially even more constituencies in the future, the less concentrated the power will be within the administration, as it has been for far too long. The campus needs organized processes that foster this distribution of power, and it needs them now. At the end of the day, it won’t be the administration’s diversity initiatives that will improve the campus climate. It will be the transfer of power into the hands of the people who keep this institution alive and running.