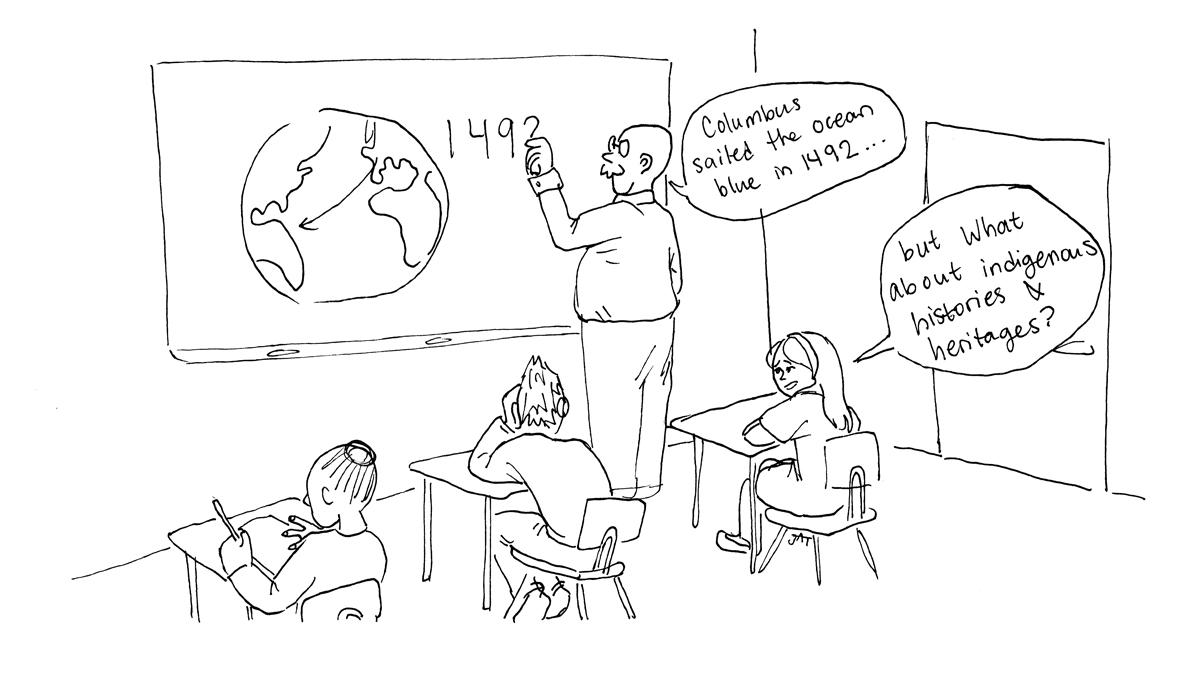 When Ithaca College students, staff and faculty members think about November, they typically associate it with the season’s first snowfall, the widely anticipated Cortaca Jug game and a much-needed Thanksgiving break. But November is much more than that. It is also National Native American Heritage Month, a month dedicated to the celebration of diverse cultures and the acknowledgment of native people’s important historical contributions.

On Nov. 14, campus community members gathered in the Taughannock Falls Room in the Campus Center to engage in dialogue about indigenous history and what it means to be a settler on native land. The event was organized by IC Proud, Ithaca College Delta Kappa Alpha National Professional Cinema Fraternity and the Students of Color Coalition, and prompted discussions about land acknowledgment, what it means to be indigenous and the effects of colonization.

Dialogue of this nature helps draw attention to indigenous history and narratives that are too often ignored. Creating spaces for these kinds of discussions on campus is especially important as members of the college community continue to reap the benefits of indigenous land every single day.

Ithaca College is built on the homeland of the Cayuga Nation, one of the five original members of the Haudenosaunee alliance. For centuries, Cayuga people lived in villages on and around the northern shores of Cayuga Lake. However, through a series of illegal land transactions and treaties, the Cayuga people’s land was eventually acquired by the state in the late 1800s, allowing for the very establishment of institutions like the college.

The college is one of many institutions that exist as a result of the violent and unethical redevelopment of indigenous land. However, many people often fail to recognize the significant contributions of native people, largely due to their lack of presence in an education system that routinely ignores and misrepresents indigenous histories. Throughout the last few years, students at the college have even advocated for a revised Native American studies program that includes tenured faculty and a more inclusive curriculum.

As today’s education systems continue to promote skewed historical narratives, it’s important that members of the college community engage in efforts to educate themselves in indigenous history. Events like these provide an opportunity for them to do so.

But, acknowledgment alone is not enough. It’s important that dialogue around oppression, land acknowledgment and colonialism act as a catalyst for permanent structural change.

As they exist today, U.S. political, governmental, educational and social systems continue to uphold the ideals of colonialism and white supremacy, both of which inherently threaten indigenous cultures and communities. As part of a higher education institution that directly benefits from these systems and from indigenous land, it’s important that the campus community do everything in their power to remain conscious of indigenous people’s plights and contributions to society as it exists today.

Editorial: Students must take advantage of open discussions on campus