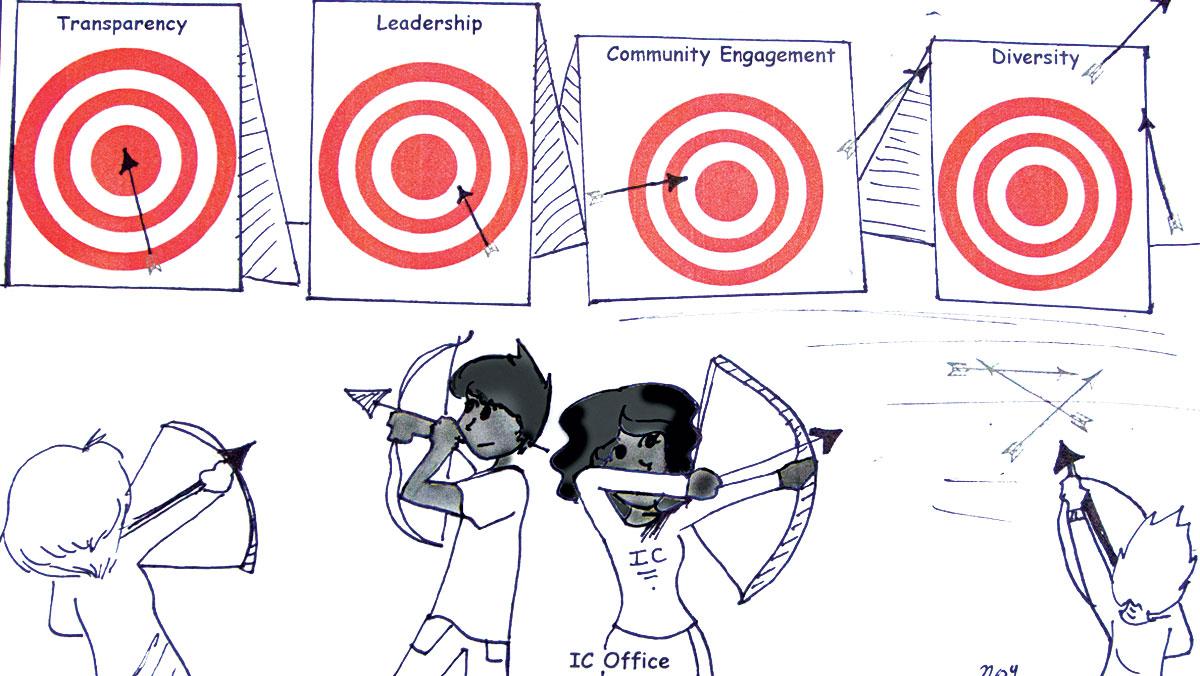 The sole Student Government Association Executive Board ticket in this year’s election hits on some key weaknesses of the SGA regarding community engagement, but it initially misses a key point that this community cares about: its stance on diversity and inclusion initiatives.

The overall theme of IC Office’s platform — the re-evaluation of the SGA — is a justifiable focus considering the productivity and attendance issues that the SGA has had this year. It is abundantly clear that the SGA needs to figure out its role on campus and its relationship with the student body, this being a key point of criticism this year.

IC Office’s plans to connect to students and be more transparent through informative videos would be a good step toward better engagement, but simply putting videos out there is not guaranteed to have the desired effect of having students learn more about the SGA proceedings. A good community engagement strategy on platforms such as social media should involve a plan for how the videos will attract students and provide platforms for feedback.

It is prudent of IC Office to recognize that votes of no confidence are still possible, which has been proved by many groups on campus this year. By running a full campaign regardless of the lack of competition, the ticket is acknowledging that it cannot take leadership for granted.

It is paradoxical, though, that with this recognition of the power of a no confidence vote comes no mention of issues of diversity and inclusion upon initial drafting, which fueled these votes.

This ticket should make clear what it will do to address these issues, celebrate diversity and incorporate a more influential student voice into the decision-making process on campus.

The uncontested ticket — indicative of the lack of interest in the SGA this year — has an opportunity to build upon the momentum garnered over the past two semesters with regard to racial issues on campus. It is past time to make sure these issues are grabbed hold of and to develop specific strategies to present to the body the SGA represents.