Editorial: Is 10 seconds of fame worth years of damage? 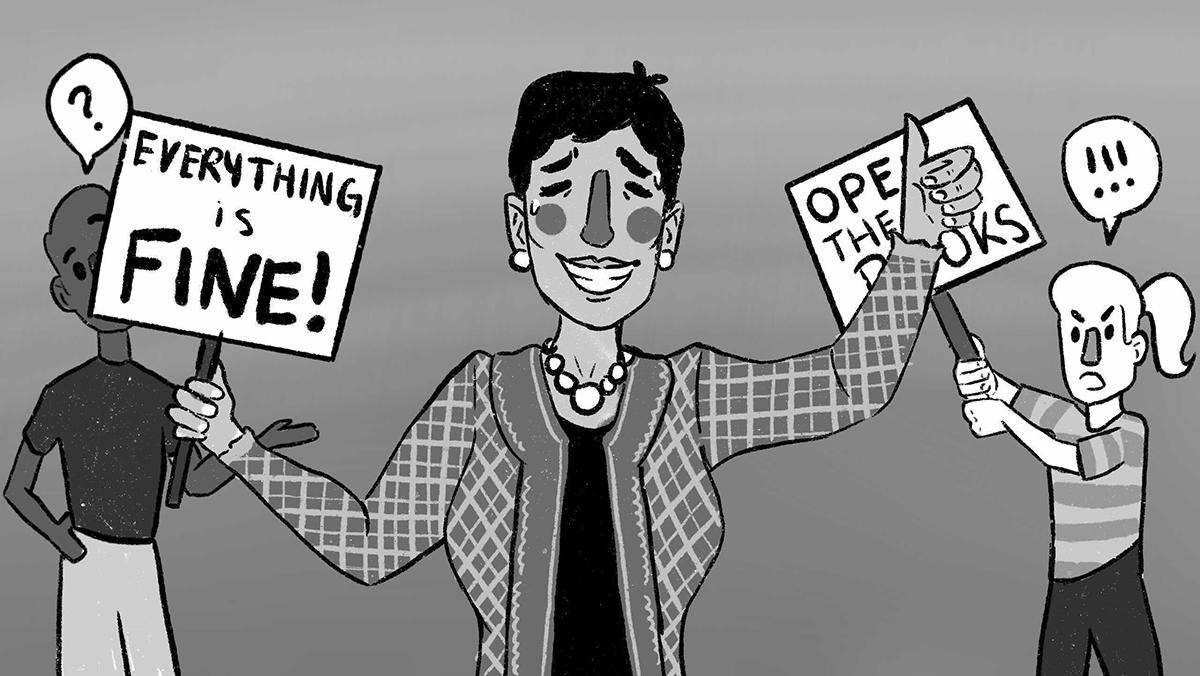 You can only hear phrases so much before they become meaningless. “Transparency” and “shared governance” have been reliable go-tos for President Shirley M. Collado throughout the Academic Program Prioritization (APP) process.

Collado’s empty promises have helped her build a facade for the external press. This past spring, Collado was featured on the likes of MSNBC and Bloomberg about Ithaca College’s potential reopening in the fall. The plan was unsuccessful, but at least the college — and its president —  got a little publicity. While the failure to bring students back to campus for Fall 2020 was immensely disappointing — especially after it was touted to national media outlets — the change was understandable. Things were out of the administration’s control.

On Feb. 18, Collado and La Jerne Cornish, provost and senior vice president for academic affairs, published a commentary about the necessity for the cuts in Inside Higher Ed, a well-known education publication. Just days before, the same outlet published a story about the resistance to the APP at the college. Getting coverage in a national outlet for the community’s response is one thing, but writing an opinion piece full of the same tired tropes to save face is another. Time and time again, it is evident where the administrations’ priorities lie. PR stunts like this feel like a last-ditch effort to save enrollment.

In the commentary, Collado and Cornish write about the inequities between tenured and tenure-track faculty versus contingent faculty. They write, “The rules guiding the elimination of faculty positions mean that, in this moment, the college will lose some wonderful academics due solely to their status as non-tenure-eligible faculty. We hope that this reality will invite a conversation among faculty about faculty legislation and whether they wish to continue to privilege tenure and tenure-eligible status moving forward.” What use does a conversation about this have after the fact?

At the end of the commentary, Collado and Cornish reflect on their identities. The college’s leadership has unfortunately triggered attacks that are rooted in systemic racism and sexism, which are completely unwarranted. However, there is a difference when the campus community is asking to be heard and involved more in these decisions. Letters, protests and testimonials are not attacks. They offer varying perspectives on an egregious process that ruptures the stability of the college and our trust within. In order to do right by our students and our institution, the administration should start by listening and taking the campus community’s anger into consideration rather than dismissing it to a national readership. It’s the least they can do after approving the cuts. We deserve candid conversations, not a strategic press release that attempts to repair the college’s reputation.