Editorial: Rochon remains out of touch with community issues 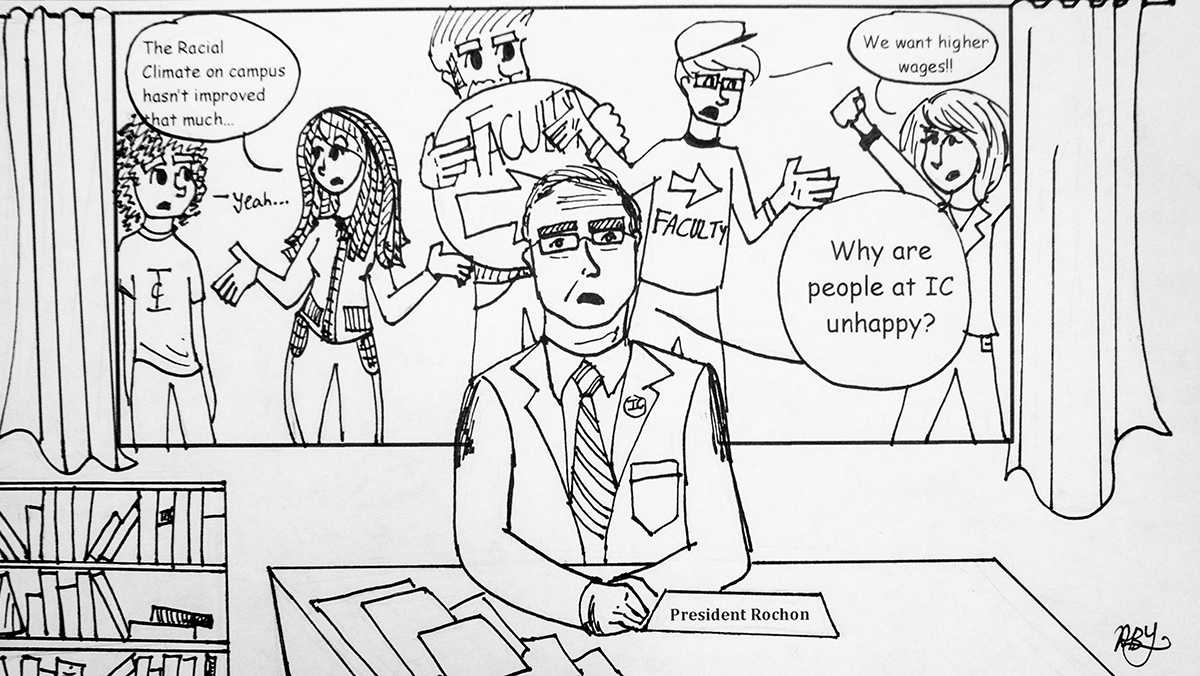 President Tom Rochon is now only months away from leaving Ithaca College. On his way out, he leaves behind a campus filled with dissatisfied campus constituents and concerns that were never adequately addressed during his eight-year tenure.

Despite the multitude of issues plaguing the college, Rochon has given the impression that he remains oblivious to the current campus climate.

At the All-College Meeting on Jan. 19, he repeatedly discussed the importance of unity and remembering the college’s values. Collaboration, he said, is necessary to move forward. Yet his leadership style promoted an environment that lacked collaboration and ultimately hurt the student learning experience. One example of this is the implementation of the IC 20/20 program, the defining vision for the college and for his tenure, which had almost no campus involvement and is now obsolete. His top-down administrative style gave almost no voice to faculty, staff or students, fueling the frustration many feel today.

Diversity, he said, is something this college can solve together — but progress has been scarce, and whatever progress will be made would probably be made in spite of him, not with or because of him. In fact, Rochon’s inability to meaningfully address and understand the concerns of students of color only exacerbated these problems and presented yet another barrier to progress. A number of the college’s diversity and inclusion initiatives Rochon boasted so highly about come off as all talk and no action. The specific progress he did mention relating to diversity initiatives was the high staff attendance at diversity training sessions. Not only are these Band-Aid fixes for long-term problems, but participation in these sessions was mandatory for staff, who were told that failure to comply could have a negative impact on the annual performance reviews that determine their salaries.

Ithaca College is a year and a half overdue for a new president. Rochon’s shortcomings as a leader has resulted in a college that has lost sight of its core vision.

If Rochon is still wondering why the college is in its current state, he need only look back on the past eight years to find the answer.