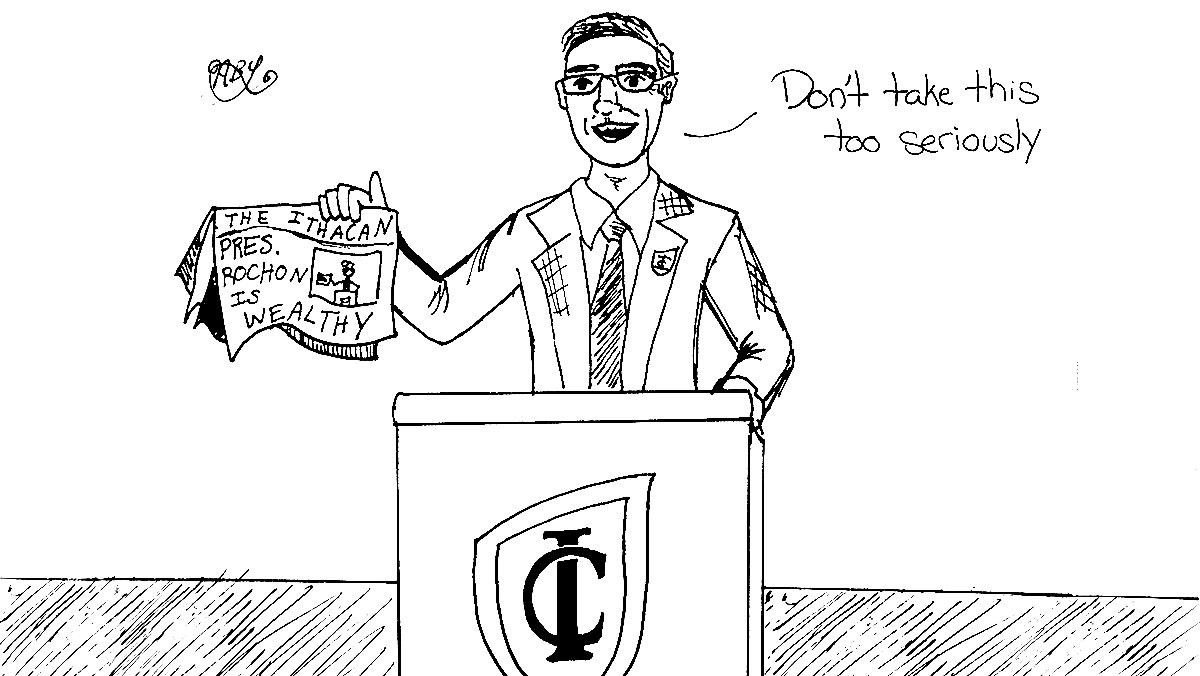 At this semester’s All College Meeting on Jan. 15, Ithaca College President Tom Rochon was asked a question about his salary and the salaries of his fellow administrators. In his response to this question, Rochon asked the audience not to take seriously anything The Ithacan reports about his salary, because the coverage is misleading.

Rochon’s complaint specifically referred to a piece published in The Ithacan last semester about his salary and compensation in the 2012–13 fiscal year based on the 990 income tax forms. Rochon told the audience the article said his salary had decreased, when it had, in fact, increased.

This, however, is not true. The Ithacan article clearly stated that Rochon’s base salary had increased but that his total compensation, which includes both salary and additional benefits, decreased. All of the numbers in this article came directly from the 990s, and with the exception of one instance of inadvertently referring to total compensation as “total salary,” the reporting is accurate.

The context of the article made it clear to anyone reading the piece that Rochon’s salary had increased while his benefits decreased, resulting in a decline in total compensation. Such a mistake in wording hardly justifies the president of a college telling his campus not to trust its own student newspaper. Regardless of the slight error, given the content of the article, it does not come as a surprise that Rochon would want to discourage the campus from believing it.

The Ithacan values the truth and encourages anyone who is concerned with the accuracy of a story to contact it directly.