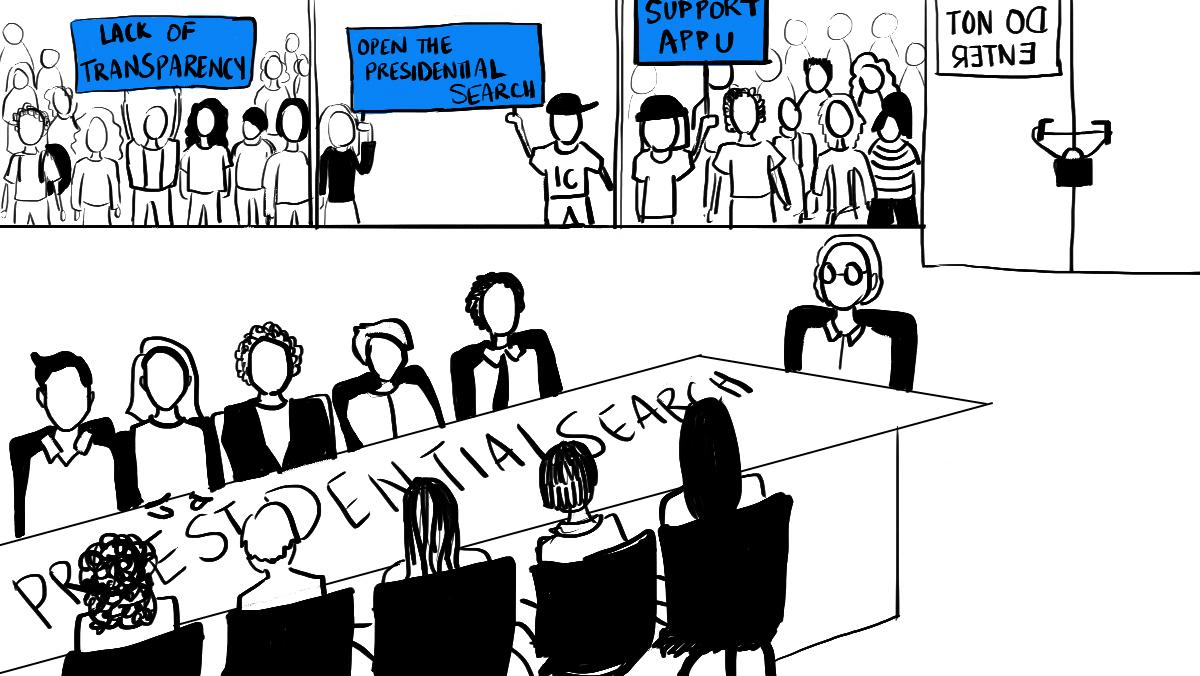 Illustration by Ananya Gambhiraopet
By The Ithacan
Published: March 24, 2022

Monday, March 7 was a historic day for Ithaca College. We officially gained our 10th president, La Jerne Cornish. The college community celebrated her appointment as president in the Emerson Suites with a congratulatory presentation where emotions ran high and the uncertainty of the college’s future seemed to be sustained in moments of standing ovations and words of affirmation. In many ways it was a day of excitement, joy and relief. Relief in this sense is twofold: with our previous president leaving in haste and the implementation of the five-year strategic plan, Ithaca Forever, left to an interim administration, stability in an extended period of transition is necessary especially amidst the instability of an ever-persistent pandemic.

While it makes sense to revel in such relief after having the rug pulled from under the community’s feet during the Academic Program Prioritization process, we mustn’t get swept up in the grandeur of celebration. The announcement of our 10th president was an unexpected gathering of hidden results with the majority of the campus community being blindsided because they were not involved in higher-up conversations that had been occurring. The Ithaca College Board of Trustees and the Presidential Search Committee did not declare if the search was open or closed despite the college’s chapter of the American Association of University Professors (AAUP) calling for transparency and shared governance. Students’ and alums’ requests for an open presidential search also went ignored. Communication, or rather lack thereof, in finding the college’s new president has been a hierarchical, one-sided conversation. How are we expected to rejoice in what the majority did not have a say in?

Sure, we are finally finding our footing, but regaining solid ground at this moment isn’t a means to long-term solutions. To remain critical of the new administration and demand transparency from our new president is not a suggestion but a mandatory feat for the success of students at the college and the livelihood of many of our beloved faculty and staff. As we move toward a hopeful tomorrow, remember to proceed with caution and question what this momentary stability will look like when future scenarios do not call for celebration.