Editorial: SGC struggles to uphold its own responsibilities 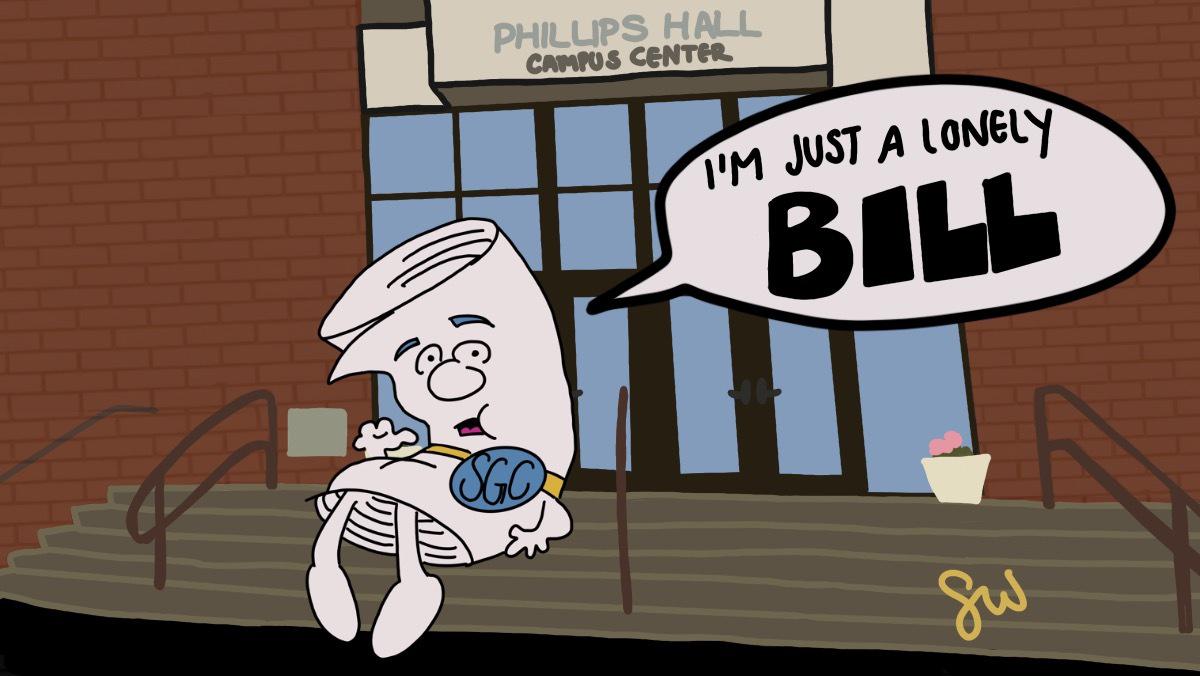 Ithaca College’s Student Governance Council (SGC) struggled with passing bills and communication this semester. To begin with this semester only 6 bills from the SGC were passed. Some reasons that could’ve led to this outcome could’ve been the decline in members, new senators who are adjusting to being part of SGC or the adjustment to in-person classes from over a year online. However, these members represent the student body and act as voices for the students’ needs and challenges. The low number of bills passed this semester demonstrates a lack of motivation or dedication to the council. The student body needs the members of this council to be on top of it. They need to bring forward the pressing issues students have to deal with day-to-day so that real change can be implemented.

On top of the open positions that weren’t filled this semester, the SGC’s president resigned before the SGC meeting Nov. 15, which proves that there seemed to be a disconnect between the student body and the SGC, but also within the SGC. Every member of the SGC ran for and earned their position, and with these positions comes certain responsibilities to uphold the SGC goals and promises they have for the students.

This council isn’t meant to please the Senior Leadership Team (SLT), it’s meant to be critical and observant. The SGC started the semester strong with the Employee Vaccination Bills, which aimed to make it mandatory for all Ithaca College employees to be vaccinated against COVID-19. This bill addressed a critical issue that the student body was concerned about. Unfortunately, the college declined to act on this bill, which is quite frustrating. Additionally, the Improving Campus Lighting bill also aims to fix an issue that is impacting students, but it is yet to be determined if the college will make the changes proposed in the bill.

The SGC is meant to speak up when necessary and make the appropriate initiatives to ensure that changes students need are brought to the attention of the SLT. However, the SGC can pass as many bills as it would like, but it is ultimately up to the college to implement the recommendations. The SLT has a history of rejecting previous recommendations that the SGC has proposed, which can lead to a sense of helplessness. Nonetheless, the SGC and the student body cannot give up and just let their concerns fade into the background. The SGC must keep asking difficult questions and passing bills to hold the administration accountable and increase the student body’s quality of life.

Hopefully next semester, with a senate and executive board with more experience, the SGC can increase its outreach and pass more bills to bring change and help its constituents.