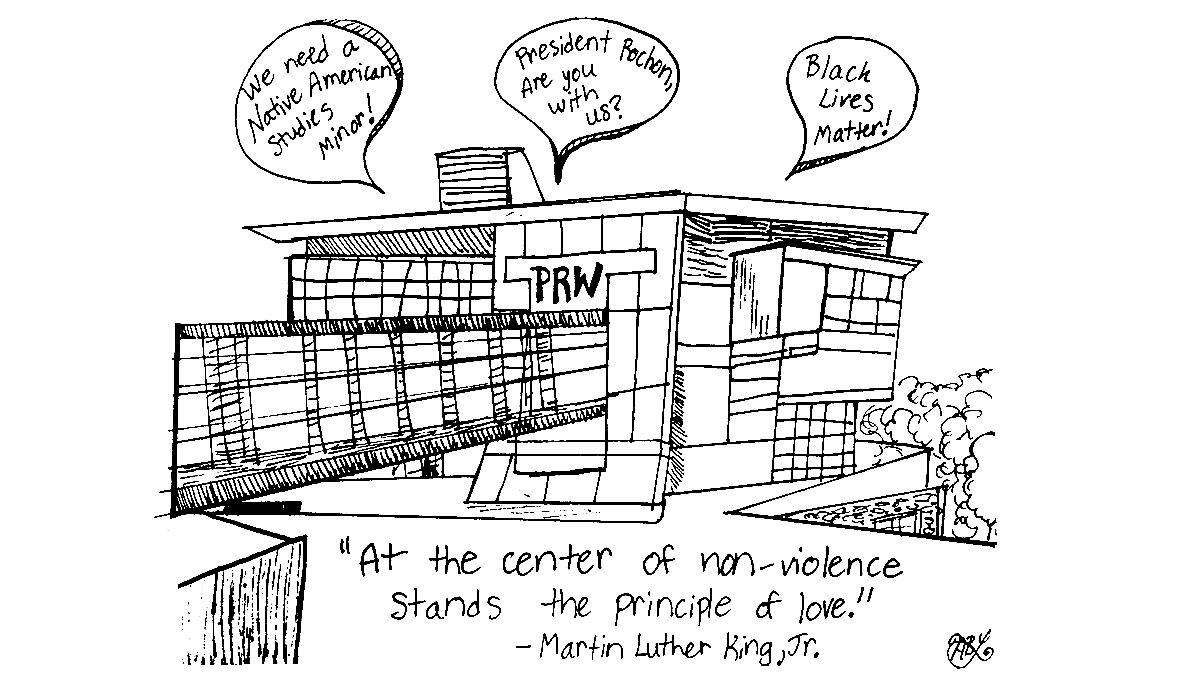 More than 200 students participated in the “Hands Up Walk Out” on Dec. 1, a demonstration dedicated to the grand jury’s decision not to indict Wilson, who shot and killed Michael Brown in Ferguson, Missouri.

Immediately following the announcement of the grand jury’s decision not to indict Pantaleo, the NYPD officer who held Eric Garner in a chokehold that resulted in Garner’s death, students organized a “die-in” on campus Dec. 4. Protesters also demanded for Ithaca College President Tom Rochon’s response to the indictments, a bold and necessary challenge that was captured on video. Another die-in protest and vigil happened later that evening, which consisted of both students and Ithaca area residents lying on the streets of The Commons in downtown Ithaca.

Students at the college should keep protesting peacefully in solidarity with other institutions and cities around the country and world. In order for change to happen, everyone — regardless of race or ethnicity — must allow for his or her voice to be heard. Engaging with the community, like in the die-in that occurred on The Commons, brings both students and local residents together to create a strong, united voice. Structural violence and police brutality are two critical issues that need to be continually addressed for true equality to exist.