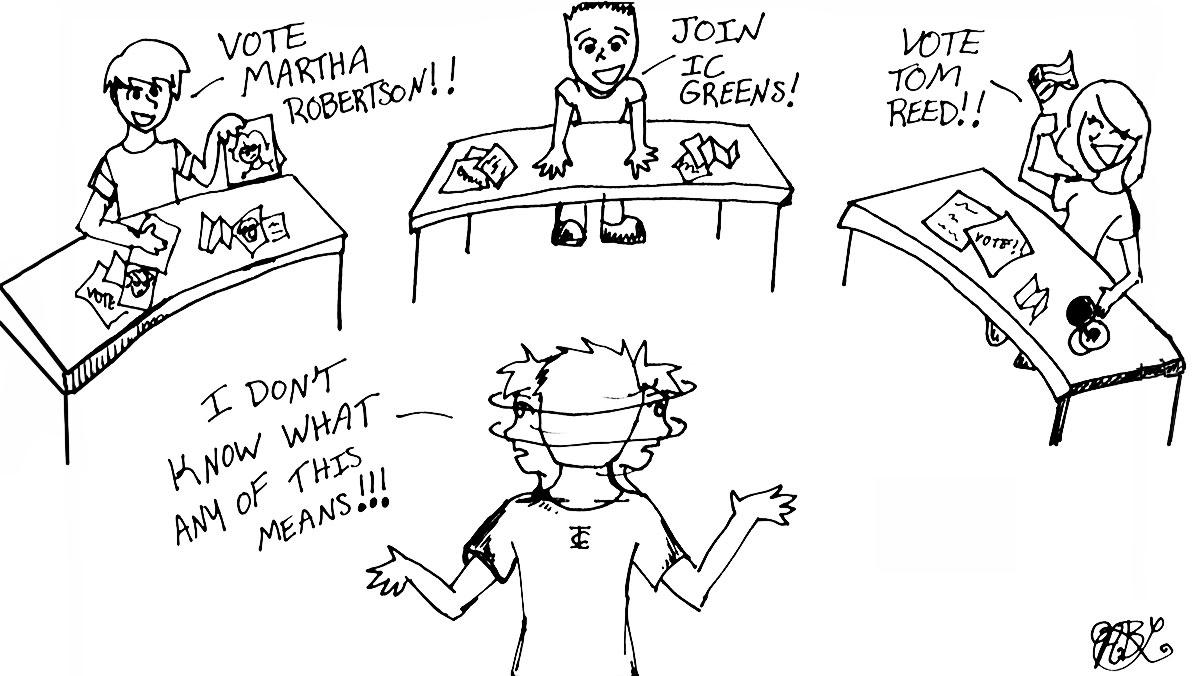 This year, IC Democrats have resurfaced on the college’s political scene after being inactive during the 2013–14 academic year. The other two main political organizations, IC Conservatives and IC Greens, are also making a stronger appearance in preparation for elections.

IC Democrats and IC Conservatives are concerned with supporting Democratic candidate Martha Robertson and incumbent Republican representative Tom Reed, respectively. Aside from campaign awareness, the three organizations are having an open discussion about the differences in political ideologies among the three party-based organizations for the student body to attend, according to Josh Kelly, chairperson of IC Greens.

Political organizations on campus should be more informative and educational rather than campaign and awareness based, especially because some students may not be interested in local politics if they are registered to vote in their home states. With the open discussion event, these organizations have begun moving toward better engaging and educating the student body, but they should continue efforts like this outside of the regular election cycle.

If the three organizations hope to be effective between elections, there needs to be an engaged student body that cares about political activism regarding regularly discussed issues in the news.