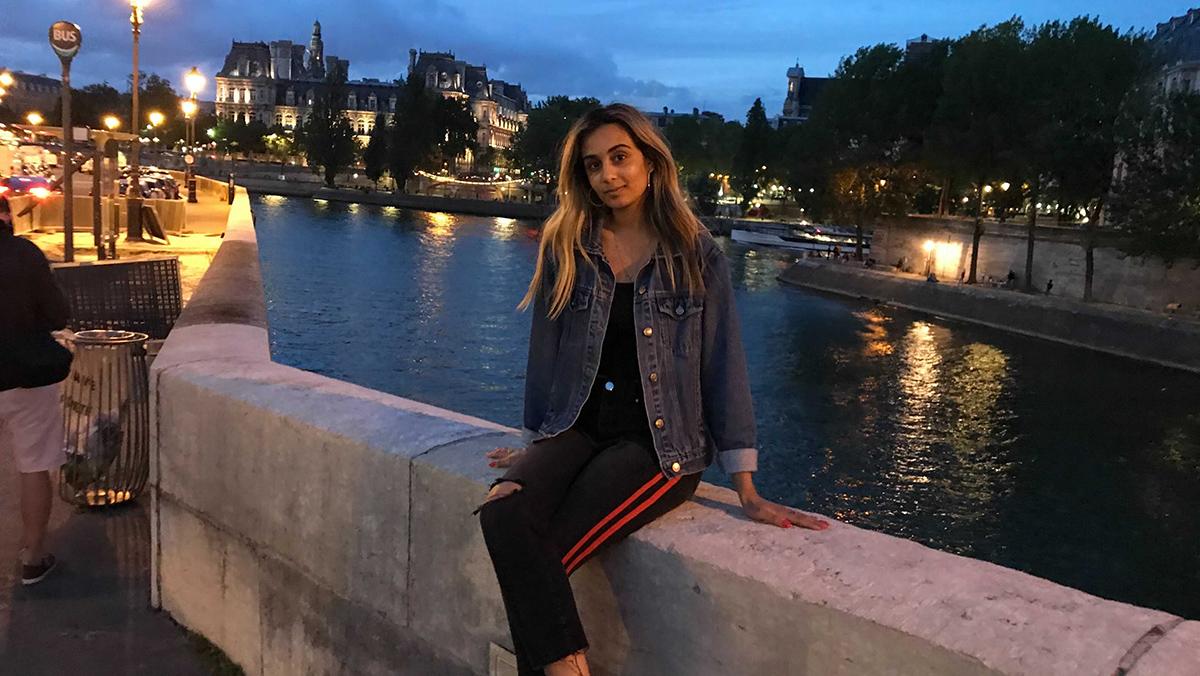 Courtesy of Amisha Kohli
Ithaca College junior Amisha Kohli writes about her identity as an Indian woman. She dedicates this commentary to her grandmother, Ram Kohli.
By Amisha Kohli
Published: December 8, 2020

The only daughter in my Indian household, I was raised to express my feelings. My brother Kunal was fed the opposite. “Crying is for girls. Be a man,” our parents told him. They encouraged me to “let it out.” Yet their message weighed on me. Does crying make me weak? The answer is no, but I tell myself yes. Over the years, I’ve become quite good at bottling my emotions and hiding my feelings. But my self-taught stoicism did not prepare me for the loss of Ram.

Growing up, I constantly rejected the traditional gender roles my parents fed me. I didn’t care to follow in the footsteps of the women in my family, including my mother. Though I was raised with the idea that women are to be the primary caretakers, cooking and cleaning had never been of interest to me. As I saw my Indian peers learn how to make roti and dal, I sat back, uninterested as ever. Now, I wonder what I lost.

Ram Kohli’s tiny body could not keep up with her strong spirit. Even as her spine grew more hunched, she held her head high. There were often tears in her eyes when she looked at her grandchildren. Our conversations were kept to a minimum. “Aap kaise ho,” she’d ask, meaning “How are you?” “Me thik hu,” I’d say, meaning “I’m OK.” Neither of us was very conversational in each other’s language. But she tried. I wish I had done the same.

My desire to assimilate to a white sphere is universal with most brown children. It’s every bit as isolating as it is heartbreaking. American society prioritizes whiteness in education, in advertisements, in our culture. Indian society is no better than America. I’ve been accustomed to seeing facial-lightening creams since I was a child. Paired with living in a white American suburb, I believed my brown skin was bad. I felt ugly and ashamed. Rejecting my culture became second nature. I grew resentful of traditions, of Hinduism, of my native tongue. My family. I remember wishing the days away when my grandmother would come to spend time with us. I’ll hold that pain forever.

There were numerous times when I let my history be ridiculed. I let peers make terrorist jokes, call me slurs and laugh at my parents’ accents. I so desperately wished to remove myself from that context. Now left with no grandparents, I so desperately wish to regain that connection to my culture. My quest to be white was as fruitless as Pecola’s quest in “The Bluest Eye” by Toni Morrison. More than ever, I want to stand out for my culture. Accept myself for who I am. Embody the pride my grandmother held.

As racism and xenophobia prevail in America, it is critical to embrace our differing identities. Our stories encourage discourse and thus change. My grandparents and parents fought for me to be here. I’m unapologetically an Indian woman; I now carry that pride in everything I do. Ram Kohli will live through me, and I for her. I’ll no longer accept shame in my identity.

She may not be here now, but Ram is still dancing. I can’t wait to dance with her.