Commentary: Passions do not have to pay the bills 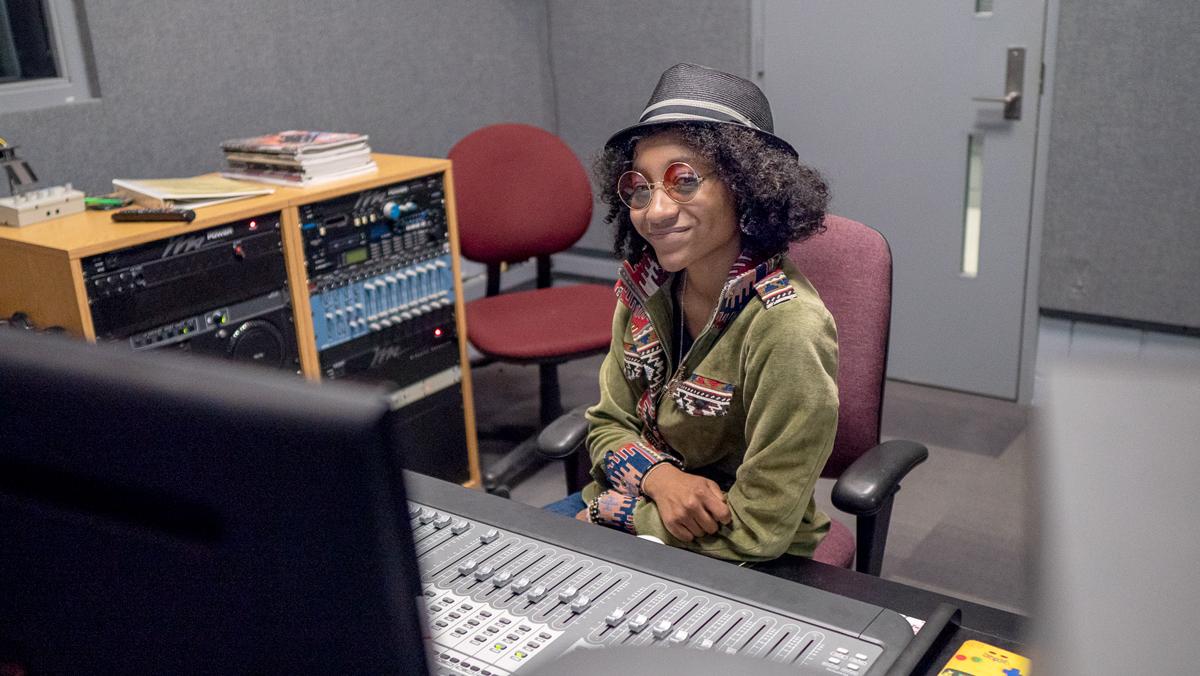 Lucas Cavanagh/The Ithacan
Senior Kyra Skye, a musician and producer, challenges the stereotype that pursuing music is not a viable career option by supplementing other interests in order to make a living.
By Kyra Skye
Published: February 13, 2020

During class, a Pro Tools session with music we were supposed to cut up, organize and rearrange was loaded onto the computer screen. I was bubbling with excitement. I have an opportunity to learn how to do this, which I can then transfer to mixing my own music! As a songwriter and music producer, I want to create a living in which I record, sell albums and perform all over the world.

I found myself slipping into a daydream about rock stardom when my professor tells our class, “You won’t make much money if you want a music career. But this is still good to know when you’re cutting up music for radio spots!”

Why would you tell your students, especially students who you know love music, this? Having a career as a recording artist and touring musician is my dream! I have already been on a national tour with the band Izzy True, released an album with them and performed at festivals like SXSW and Cayuga Sound. I even have my own solo EP out! This is what I have been creating for myself and want to continue to cultivate for my future.

I rolled my professor’s words around in my head throughout the day, wondering if there was any truth to them. When it came to money, have I really made that much by playing music?

I made some cash through the Izzy True album and my own EP, but, even with both of those combined, it would not be enough to pay a month’s rent. With streaming being the main form of music consumption, it is incredibly difficult. On Spotify, artists make around $0.00331 and $0.00437 per stream to rights holders. Furthermore, that rate needs to be split among multiple people, including the multiple writers, publishers and performers on the song. In order to make an average monthly minimum wage, an artist would need roughly 400,000 streams.

Streaming services make music incredibly accessible and cheap. One month of a subscription account, which would give you access to all the published music that the world has to offer, is the same cost of a single album. It makes the argument for buying records difficult when it is all available for easy consumption for the same price. In the fourth quarter of 2019, Spotify had 124 million premium subscribers worldwide, up from 96 million in the corresponding quarter of 2018. I foresee this number continuing to grow, especially being an avid Spotify user myself. The $5-a-month student discount for Spotify is hard to pass up on, and I do not remember the last time I purchased an album online.

Musicians make most of their money through touring and selling merchandise at their shows. In order to make a living wage as a musician, touring consistently and finding other means for your music to be showcased — for example, through sync licensing in a film or commercial — is necessary. Having to tour constantly and consistently can lead to burnout. For me, having to always be performing in order to make sure I have a roof over my head is upsetting and would most likely lead me to resent touring.

Music is a passion and great love of mine. I do not want it to carry the pressure of my livelihood and well-being, especially when it relies on the precariousness of constantly booking gigs and hoping to sell enough merchandise to buy groceries.

I think back to the audio editing classroom and the campy music loaded into the Pro Tools session. Cutting up audio and creating the sound design for other projects is something I like doing, but it does not carry the same love I have for music. There is no pressure for it to be something grand and special, an aspect that keeps it stabilized. As I started moving audio files around, I recognized that doing this is not a backup plan, but it is instead a fuel source. I can still pay my bills doing something I enjoy and learned through my audio production minor in the Roy H. Park School of Communications. Additionally, this profession keeps my audio editing skills fresh and helps me buy that tour van I have been checking out! It will definitely come in faster this way than playing local gigs and hoping for some good tips.

My conclusion is this: Do not give up on your dreams. However, you also do not have to find ultimate fulfillment in the thing you do to make money. When the things you are passionate about do not carry a financial burden, they give you more freedom, leeway and creativity to make what you really want to. You never know when a moment of opportunity will strike, when that phone call will come, when you can finally book that national tour of your own. It will come, and it will be beautiful because you will not have had to sacrifice it for your own well-being. It will all come together — all with a stocked fridge and a roof over your head.