Proposed local tobacco licensing should not include paraphernalia 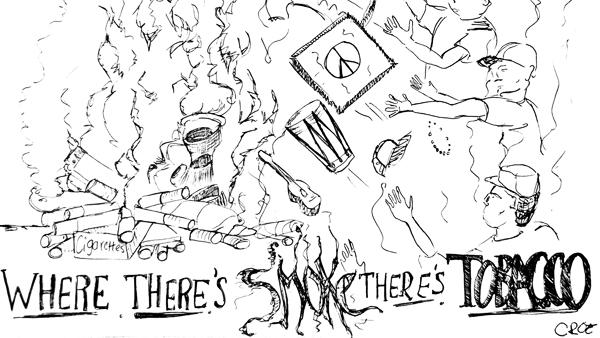 The City of Ithaca’s proposed local tobacco legislation needs to distinguish between establishments that sell tobacco products versus smoking paraphernalia. Requiring head shops to carry a local license simply because they sell glassware associated with tobacco only serves to limit local artists, not prevent underage tobacco use.

Tobacco dealers are currently only obligated to register with the New York State Department of Tax and Finance, and most cities do not require a specific local permit for the sale of tobacco.

Without a distinction between drugs and paraphernalia, the license requirement would not only strain tobacco retailers, but other shop owners who are selling glassware and other locally crafted merchandise.

Tobacco is deadly, and aiming to limit underage purchases and more strictly regulate the sale and distribution is a goal Ithaca should be proud of pursuing. However, the policy doesn’t help solve a public health issue as much as it simply imposes on local businesses.

The proposed policy states that Ithaca will only issue one new permit for every two permits that were revoked or not renewed. The policy also states that there will be a to-be-decided limit on the permits given out each year. Limiting the number of local tobacco licenses allows the city to restrict the number of growing businesses in a still-weak economy.

If a retailer does not actually sell tobacco, there is no reason that shop should be included into a category of “dealer of tobacco products,” therefore, they shouldn’t be subject to regulation under a local tobacco license. There’s no local law restricting the sale or display of wine glasses to discourage underage alcohol purchases, so why should there be a comparable one for tobacco paraphernalia?