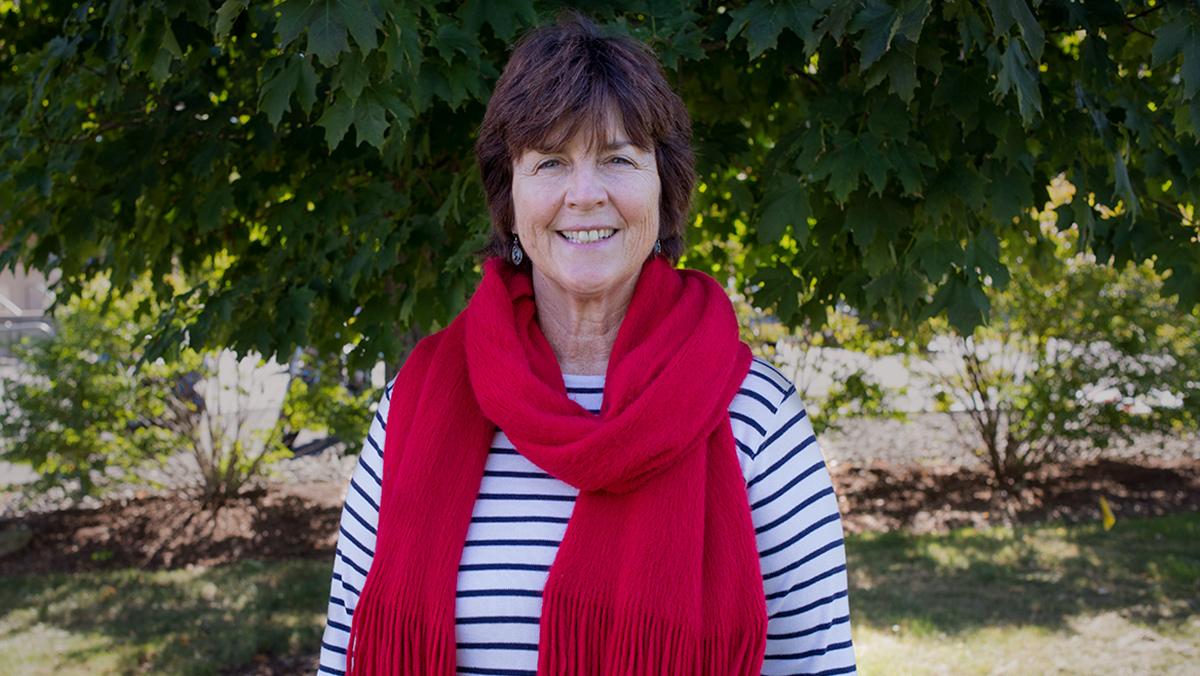 With the amount of news coverage about the 2016 presidential election, it can be difficult for potential voters to sift through the noise and determine what content is valuable and what is not. Ithaca College psychology professor Cyndy Scheibe aimed to sort through this with residents at Longview—a non-for-profit living community in Ithaca for older adults—when she visited them Aug. 31.

According to the U.S. Census Bureau, 59.4 percent of adults 65 years of age and older — the primary age group of Longview residents — vote in national elections. This is the fourth time Scheibe has given this presentation at Longview, in which she discusses media literacy and the coverage of the presidential election to increase understanding of media messages. Scheibe gave this presentation as part of Project Look Sharp, Ithaca College’s media literacy initiative that seeks to integrate critical thinking skills with media messages.

Opinion Editor Celisa Calacal spoke to Scheibe about the evolution of media coverage of presidential elections, how older voters perceive media coverage and how political campaigns are covered in an age of emerging media technology.

Celisa Calacal: How did you get to go to Longview and talk to these residents?

Cyndy Scheibe: I’m in developmental psychology, so I’ve gone there a number of different times to talk about different kinds of things, but usually around media literacy and thinking critically about media messages aimed at them, at older adults. … And then the issue of presidential campaigns, this is actually the fourth time I’ve given that talk to them. So I was there in 2004, 2008, 2012 for the presidential elections, and this is just the next one.

CC: What’s the difference between talking to older people about elections versus talking to college students?

CS: One thing is to very much ground those in the history of presidential campaigns, so not just to focus on what is going on in this campaign, but how it reflects similar patterns and similar concerns that people have had for the past 200 years. And so when you’re talking with older adults, they’ve actually experienced many of those campaigns going back to the ’30s and ’40s and can remember listening to fireside chats by FDR and watching the Nixon-Kennedy debate in 1960, so they bring a whole richness of that experience. But another issue is that … it’s been a long time since they have been in college, and they may or may not be … familiar with new technologies, new media. Their media use is really very different, so their exposure to messages about presidential candidates is very different than would be for college students.

CC: What similar patterns do you see in media coverage of presidential elections?

CS: Since 2004, probably the biggest difference is the huge shift in what we consider news. …  The ways in which people get their news has changed a lot. … And the field of journalism has changed enormously since 2004, so moved very, very much from primarily a print source to primarily an online source, no matter what news outlet you’re talking about. And of course, many many papers have bit the dust, and so really looking at what difference that makes and the immediacy with which we get news, the pressure on news and journalism industries to get news fast, to cover controversial topics rather in superficial ways rather than in careful, in-depth ways, I think has changed a lot. So I think all of that has made it more challenging for us to know what’s true and what’s not true, and so for me, that was important.

CC: What do you think about the “he said, she said” coverage of an election?

CS: I think it reflects a real failing of the journalism industry. … In our country we have depended, since our inception, for serious journalists to call politicians to account — that’s why we have a free press. And I understand the economic pressures and the competitive pressures that cause people to, in fact, report the same nonsense story that doesn’t matter whatsoever 10 million times, and to not cover and not investigate, or not publish, anyway, the more serious concerns that people have. … I teach a class in media literacy and popular culture every spring, and in that class one of the key things I stress is that the main bias in the news industry is not to be too liberal or too conservative — it is to go with what will sell, and controversy sells. … And that does a real huge disservice to us as consumers, as voters, as citizens. … I think that’s a huge problem, and I think that the other huge problem is a poll every 60 minutes. And the fact that they are doing the polls influences how people perceive the candidates. Polls have enormous weaknesses. I’ve participated in lots of polls. The questions, they’re often stupid. They don’t give you appropriate choices. … There’s lots of push polls going on right now to convey information about Clinton and to convey information about Trump. And they’re being done on both sides and they don’t help anybody. So the fact that polls are being reported nonstop, conducted and reported nonstop, is a nightmare in terms of trying to make any sense of what’s going on. So the news media, I think, could do a much better job. I think we should stop with the damn polls … and people need desperately to use critical thinking skills when they think about the election.

CC: How do you think the 24-hour news cycle psychologically impacts viewers?

CS: Well, I think partly in two ways. One is that it’s just overwhelming people. … There’s way too much information. It’s kind of a cheap shot to say information overload, but that’s exactly what it is. So different people respond in different ways — some people live in that cycle. … It can be incredibly depressing, but not just around political issues, but the things that are happening in the world. The violence that’s happening, the racism that’s happening — it can be depressing and overwhelming … I think the other thing is because there’s so much news from different sources … while people should in fact get news from a range of sources, I think people tend more and more and more to zero in on the same sources. And that means people know different things and don’t know different things, and therefore it’s harder and harder for people to have conversations and for people to have judgements about the credibility about what they do. … And second of all, think critically about what you’re being told and what’s left out, because they’re always going to leave stuff out because they have to, they can’t tell you everything. … The good thing about living in the world of media today is that if there’s information that isn’t included, you can often find that information now. You can go online and try to track it down. And so we need to be caveat emptor — let the buyer beware — we need to be aware, we need to know.

Devoting more attention to third-party candidates isn’t enough. There needs to be a shift in the media coverage from entertainment to issues.

Focus on issues, not entertainment