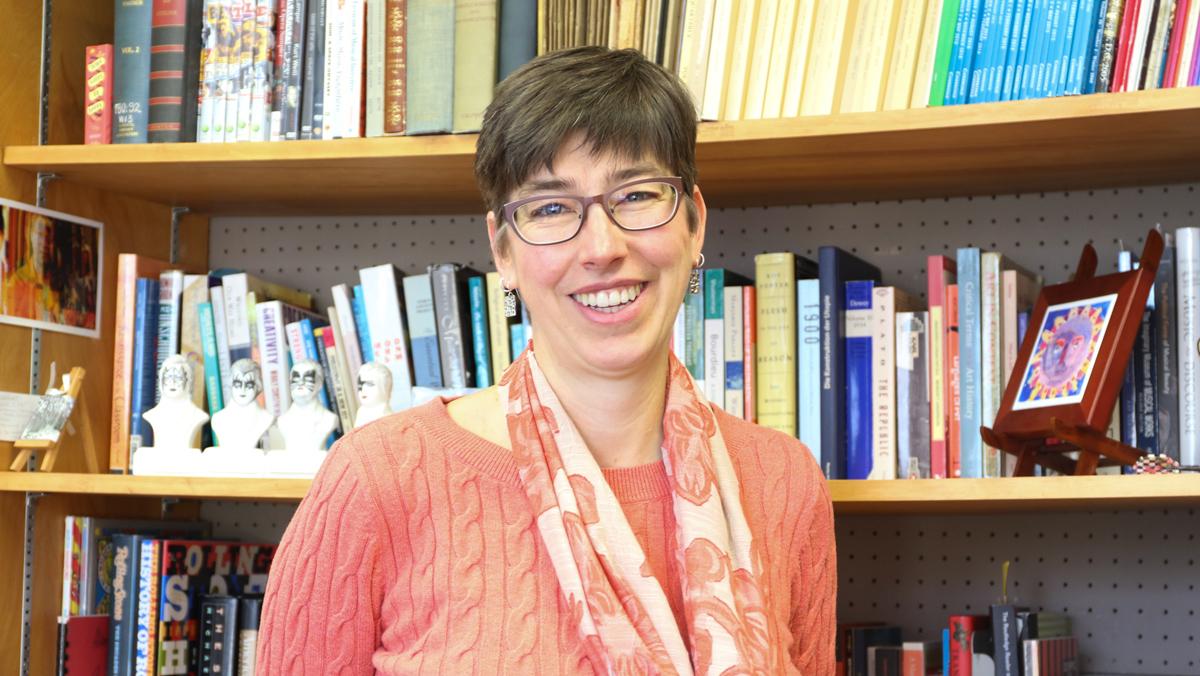 During our current political era, many people have been grappling with the concept of fake news and alternative facts. In an era when technology and social media are blurring fact and fiction, people around the globe are trying to learn how to be better critics and evaluators of the information they receive.

Sara Haefeli, associate professor in the Department of Music Theory, History and Composition, recently tackled this dilemma in an issue of the Journal of Music History Pedagogy. Haefeli was recently appointed editor in chief of the journal, and her first issue focused on information literacy and how professors and students can find accurate sources in an age when the authority on information is being brought into question on a widespread basis.

Opinion Editor Meredith Burke spoke with Haefeli about the topic of the journal’s most recent issue, why she took on the editor in chief position and her plans for the journal moving forward.

Meredith Burke: Could you describe this issue of the journal that recently came out?

Sara Haefeli: This issue is really exciting for me because it addresses some of the issues that are important for my students and my classroom. One of them is the issue of media literacy — how do we know what’s true, what’s false and how can we weigh information that we’ve received? … Figuring out how to find information, but then also how to evaluate that information. That’s just really important, like I said in the preface [to the issue], that almost all of the authors wanted some appeal to the crisis of fake news. Especially in the [President Donald] Trump era, we hear that nothing’s true anymore, or that we don’t know how to evaluate information. … I thought that was a really interesting theme for a music history pedagogy journal to tackle, but it’s clearly an issue for everyone in higher education right now.

MB: What was some of the advice that came out of this journal for students and professors looking for ways to accurately source their research?

SH: I think one of the central themes in all of the articles, even if it’s kind of a hidden theme, is that this issue of authority — who do we believe or who has the truth — needs to shift from the professor to the student. That sounds kind of counterintuitive, right? Because then everybody’s an authority. But, actually, it’s a matter of shifting this trust — a blind trust in outside sources or a blind trust of who I think is an authority — to shifting that trust to myself. … Making sure that students have the skills to think about where their information came from and compare it to other sources of information, and then to trust their own conclusions about it.

MB: You were recently appointed editor in chief of this journal. What made you decide to accept or apply for the job?

SH: The second editor at the journal asked me to come on as an associate editor and then as editor in chief. … It’s a big decision to take something like that on, so I was talking with one of my brilliant colleagues — her name is Nancy Menning. When I told her I’d been asked to take on the editor position, she asked me, ‘What kind of career does that look like?’ Which I think is a really excellent question. … And I thought about what I really value, not just as a teacher, but as a human being, and I really value good teaching — good interactions between professors and students — and I thought that this position was one way to have a meaningful impact on the future of how music history is taught.

MB: Moving forward, what are your objectives in being editor in chief of this journal?

SH: Moving forward, I’d like to produce a journal that has excellent content, but I’d also like to continue to create a community of people that are really interested in pedagogy. So it’s not just a product, the journal, but an act of community, of people that have this shared passion for good instruction.

SH: Let me just add that part of that community means that I go to a lot of conferences to meet people and talk with people. … Another thing I really love about this sub-field, this field of pedagogy, in the larger field of music history, is that it’s not competitive. … That’s one of the things that really drew me to taking on this position. I knew I was joining a larger group of people passionate about pedagogy that were going to be helping me, not competing against me.