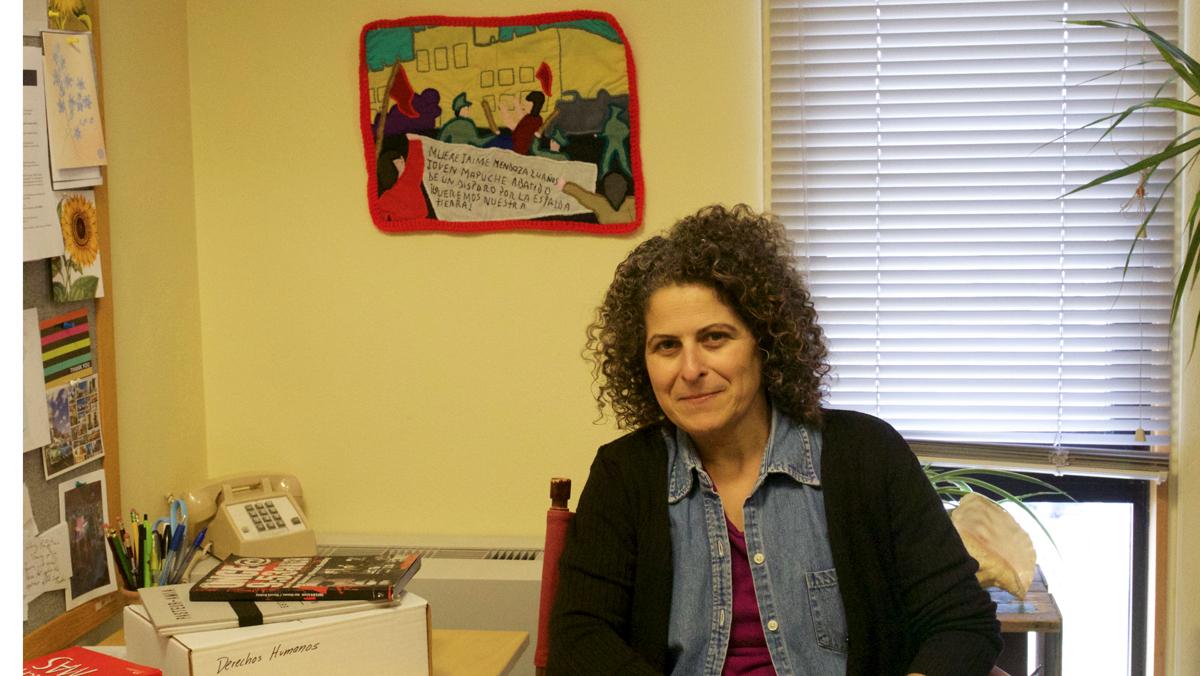 Maxine Hansford
Annette Levine, associate professor in the Department of Modern Languages and Literature, discusses the work she did for Memoria Abierta.
By Meaghan McElroy — Opinion Editor
Published: August 30, 2017

From 1967 to 1983, Argentina’s government was seized by a military junta and ruled by Jorge Rafael Videla as a dictatorship. During that time, known as the Dirty War, political opponents were taken to detention centers and “disappeared” — murdered to prevent oppositional thought. After the dictatorship was disposed, the Argentine human rights archive, Memoria Abierta, began collecting testimonies from Argentine citizens.

Annette Levine, associate professor and Latin American studies coordinator in the Department of Modern Languages and Literature, has published an English translation of “Testimony and Archive” for Memoria Abierta. Opinion Editor Meaghan McElroy spoke with Levine about the translation project, the importance of translation and her hopes for future work.

Meaghan McElroy: This was a project for the Argentine human rights archive. How did you get involved with that?

Annette Levine: The archive is called Memoria Abierta, or open memory, and I’ve been really interested in post-dictatorship Argentina for a very long time. This archive is very special because … this is a compilation of testimony that was collected in the aftermath of the Argentine dictatorship. … This archive … is now collecting testimony of so many voices that could not be heard or could not speak in those early moments. … I became acutely interested in, ‘What are people able to say that they couldn’t say initially, and who is coming forward to speak that either wasn’t heard initially or wasn’t able to speak?’ … As soon as I saw that there was this manual on how the archive functions, how it collects testimony, … I asked, ‘Would there be any interest in having this translated? Would they consider me as a translator?”

MM: What exactly is the importance of the text that you translated for the archive?

AL: It discusses a number of different things, but primarily … testimony and how sensitive it is to force a survivor of a traumatic experience to give testimony, and the conditions under which the best testimony will take place. … How do you create an environment to nurture the richest testimony possible, given the fact that you’re speaking to people who suffered great pain in the experience they’re about to tell you about? … Those are the primary facets of “Testimony and Archive.”

MM: What do you think the importance of this translation is, and what do you hope the scope of this project will be now that it’s in two languages?

AL: The nature of this project is largely information-based and how to circulate this information as widely as possible. There are countries dealing with human rights abuses that this book will never get translated into their native tongue, but English can serve as a bridge for these non-Spanish speaking countries that are dealing with tragic events and are looking for a model. … The hope is really to increase accessibility as much as possible, and the translation, I think, because of the human rights topic can be useful.

MM: Are you planning on working more with the archive after that?

AL: Yes. My dream is to spend a year in Argentina as a researcher and listen to those testimonies firsthand and work on a book project that’s of my creation that’s based on the testimony. I’m a literature specialist, so testimony of writer and actors, different types of artists and to see what kind of testimony they’ve been giving 20 years post-dictatorship as opposed to the literature that they created in the moment that’s often euphemistic because they couldn’t speak directly about what was happening.

MM: Do you think that the work that you’ve done with the translation project for the archive will have any application in what you teach here at the college?

AL: Yes, tremendous. I have a human rights seminar this semester, so … I won’t be giving students my translation in English, but they will be looking at the work in Spanish that the archive has produced. Then in the spring, I teach a translation class. … There’s application in that practical sense, in showing and sharing the experiences with them, but also I’ve learned so much from these translations projects, content-wise, that I carry that into all my interactions with students. … It’s really a pleasure when your professional interests intersect in a really intimate way, and I think we’re very fortunate as faculty in the humanities to often have that experience.