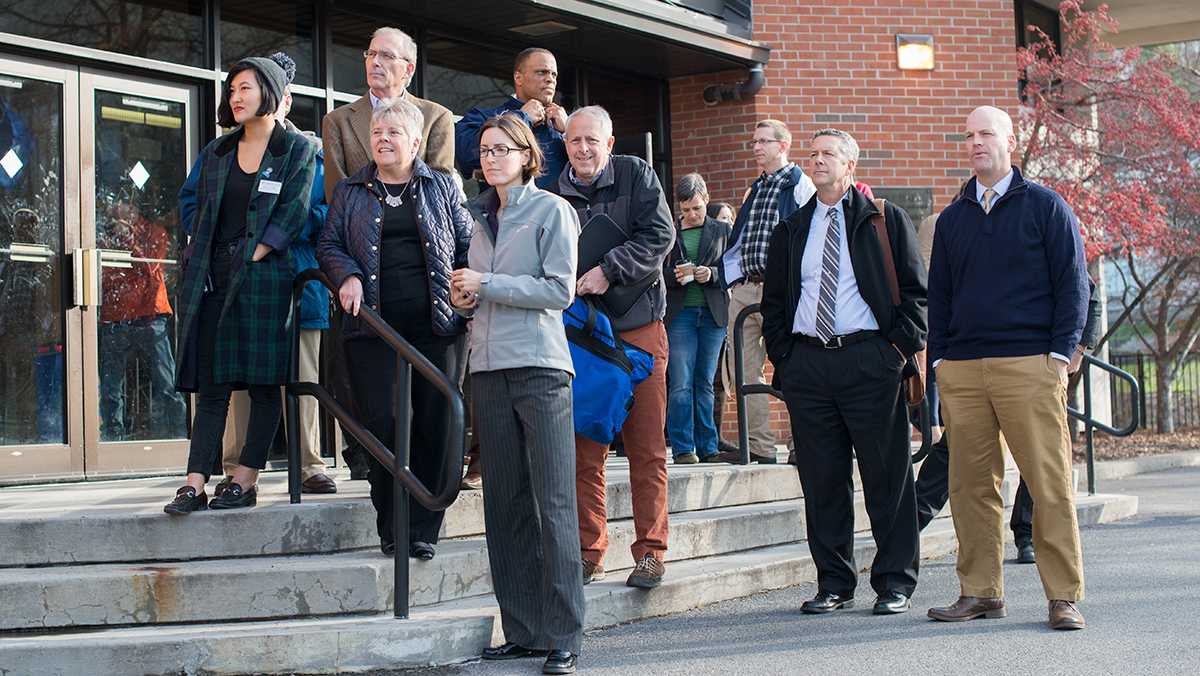 Asma Barlas and Patricia Rodriguez, professor and associate professor in the Department of Politics, were invited to contribute to a national media source to express their views on Ithaca College’s diversity initiatives.

INSIGHT Into Diversity, a magazine dealing with diversity leadership on college campuses, published short statements provided by the two in the April print issue and online in March. Opinion Editor Kayla Dwyer spoke with them to expand upon what they highlighted in their statements, beginning the conversation with the issue of what many have called President Tom Rochon’s top-down leadership style. Barlas said the recent diversity initiatives fit into this mold, one in which input from the campus community through protests and letters is largely ignored.

The conversation led to an analysis of these diversity initiatives and what should be done to address these complex issues.

Patricia Rodriguez: The diversity plan that was mapped out — it’s an easy checklist, and so we create positions, and we create workshops and other initiatives that have to do with how to deal with microaggressions, how to make the school a more welcoming environment, and that’s all fine, but that’s not the end of it. That’s kind of a very limited perspective on issues that are very complex. Without sitting back and talking about the structural problems, the more macro-level issues, we are just sort of missing on a lot of things. … To me, there are questions that are not being asked, important questions like “inclusion into what?” Who’s deciding what inclusion is? What are the failures of the institution and of education in general, a very neo-liberal education? Those questions, to me, have the content to begin to take real steps toward many of these issues that are so deep in society.

Kayla Dwyer: Were any of those conversations happening, professor Barlas, when you were on President Rochon’s Advisory Committee for Diversity? You mentioned in your statement that he didn’t renew your term on that. Did you find the committee effective when you were on it?

Asma Barlas: No, but that doesn’t mean it couldn’t have been. Because it drew on a lot of different offices, there were people there from many different departments, but the structure is that if it’s an advisory committee, it basically lacks any teeth. The person who the advisory committee is really answering to is the president, not to other committee members or to the campus community. That’s the structure of power, and I’m not saying I’m surprised by that, but I’m saying if that’s the structure, then it’s already a very constrained way of approaching something. … The way they’re designed is to serve the president and to advise the president, not as critical–thinking places which can take initiative and engage in collegewide dialogue. It’s a very closed loop.

KD: How do we independently create the right kind of spaces for dialogue?

PR: We need to begin to tackle this structural thing. We need to, first of all, focus on students and focus on bringing in and offering scholarships to students of color, that is not as a target or as a number, but is actually sort of to engage in conversations with them that can offer some insights into what education is really needed. What are their experiences about, outside and inside education? … Bring in faculty members that are actually talking, not about diverse education, but about decolonizing education. I think it’s important to begin to shift the conversation that has been had toward this hierarchical system in which, for instance, part-timers and non-tens are in the struggle of their lives to be heard, to try to get a little bit better wages, and they’re being shut down. These are people that are engaging students of color — I see them every day throughout campus talking to students of color. In part, they are seeking these opportunities because faculty do not include them in anything. … The other thing is, begin to deal with the board of trustees. Why are we sitting back and let them sort of say, we are going to become more diverse? What’s that going to look like, why don’t we have a say in that? We have to get together and fight for that say, change things from within.

AB: Issues of diversity have to be understood in the context of the overall culture of this college. You can always come back and say this is the culture of colleges everywhere: Colleges everywhere are corporatized, top-down, presidents behaving like CEOs and that diversity is reducible to a set of checklists and not necessarily a meaningful thing for the people it was meant to serve. Maybe one way to put this out there would be seeing it as part of a larger structural overhaul of Ithaca College. This is too small a college to be so pretentious. … Part of it is not that a president cannot do away with the hate and just wave a magic wand, but they have to be present, they have to be committed, they have to understand what’s at stake, and they have to be willing to take action not just because it makes the news or makes him look good or to avoid looking bad, but because they think that this is a real issue.

KD: Has this corporatized discourse always been there? Has it increased with time?

AB: When President Rochon came to campus many years ago, he said publicly in administrative assembly, which I attended for several years as the director for the Center, he said, “The culture of this college will have to change.” And I always wondered what was coming down the pike because this was very new. Looking back now, I can see what he meant. This was a small, informal kind of a place where you didn’t have to jump through endless bureaucratic hoops for the smallest things, and administrators didn’t have their fingers in our curriculum the way they do now. They were not remote the way they are now. They were not having Blue Skies Reimagining with those particular alumni, and then, the rest is history. I don’t think I ever got a sense — I came here in 1991 — that this was a corporation or that it was corporatized. Everybody knows that we are in a capitalist economy, and the college also has to play by the rules, but money and corporatization and bureaucratization weren’t so heavy. They just weren’t there; you feel it now.

PR: I actually just walked to Peggy Ryan Williams building just now, and I had to hand a form in, and I noticed how it’s all just cubicles and meeting rooms, and it’s all very corporate. I’m seeing names on offices of people that used to have a more direct connection with students because they were right on campus center, and now they’re over there. So it’s like, let’s get all these people that work with diversity issues to think over there about us over here. To me, it’s ridiculous.

KD: When you look at the IC website, there is an extensive portion dedicated to diversity initiatives — more than most comparative colleges — but why does this not translate to perceived reality?

PR: Not only that, it also affects me to the core to see and to read that we’re advancing in all these strategic initiatives and doing so well with diversity and inclusion, and I’m like, where? To me, it’s an insult. I’m deflated by it.