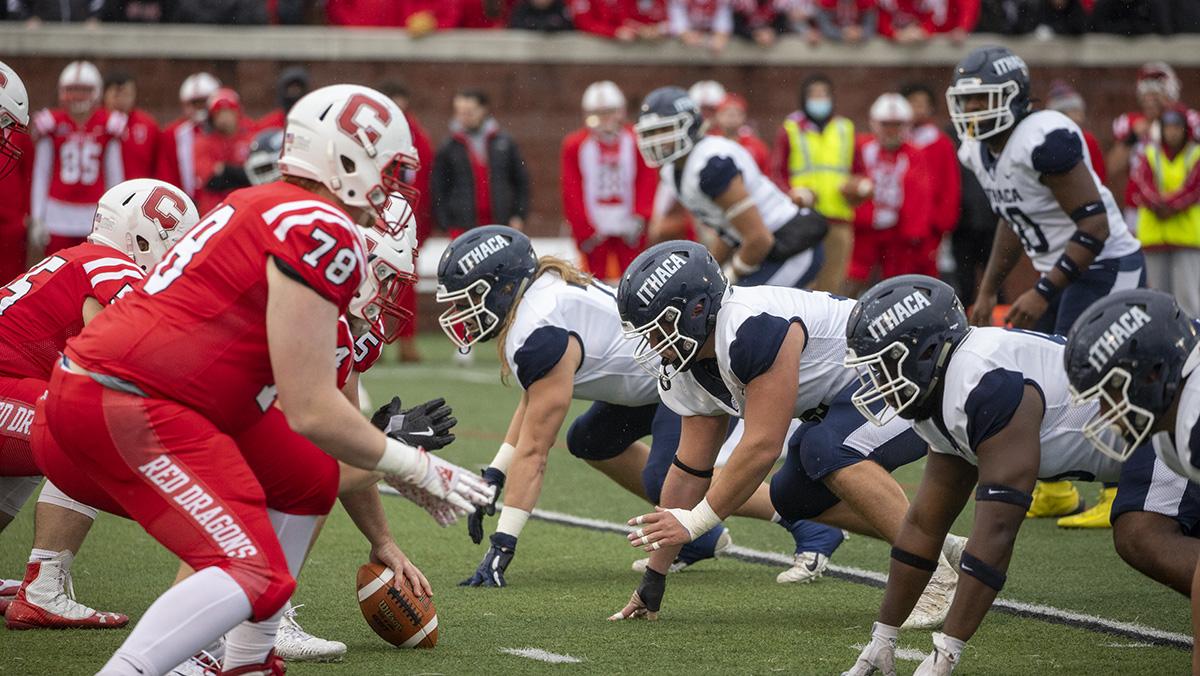 File Photo/The Ithacan
The 2022 Cortaca Jug game, held at Yankee Stadium, will be broadcast on YES Network, according to statements by Ithaca College and SUNY Cortland.
By Aidan Charde — Sports Editor
Published: October 6, 2022

Ithaca College has announced that the 2022 Cortaca Jug game will be broadcast live on YES Network. In addition, the game will be moved up from 1 p.m. to noon Nov. 12.

YES Network owns the exclusive local television rights to the New York Yankees, among other teams, and broadcasts all games for the team. In the statement, the college also said ICTV.org will simulcast the YES Network broadcast. This will not change the plans of WICB to also broadcast the game on radio.

Jeremy Menard, the television and radio operations manager, said he thinks the YES Network broadcast being streamed on ICTV.org will allow those who do not have access to YES Network to be able to watch the game live.

Susan Bassett, associate vice president and director of Intercollegiate Athletics at the college, said in the statement that this will allow the college and the game to get more public attention.

“We are beyond excited to learn that this historic matchup will get a network television broadcast,” Bassett said in the statement. “This provides an opportunity for those who are unable to make it to the game in person to experience it as well.”

In a statement released by SUNY Cortland, Erik J. Bitterbaum, the president of the university, echoed Bassett’s excitement for the opportunity.

“The YES Network’s decision to broadcast this year’s Cortaca Jug game is terrific news for the SUNY Cortland community,” Bitterbaum said in the statement. “Having the option to follow the game on YES Network is the latest proof that Cortaca Jug really is ‘the biggest little game in the nation.’”

Correction: This article originally stated that ICTV would simulcast the YES Network broadcast, but it will only be streamed on ICTV.org.