Assistant coach serves as a helping hand for both tennis teams 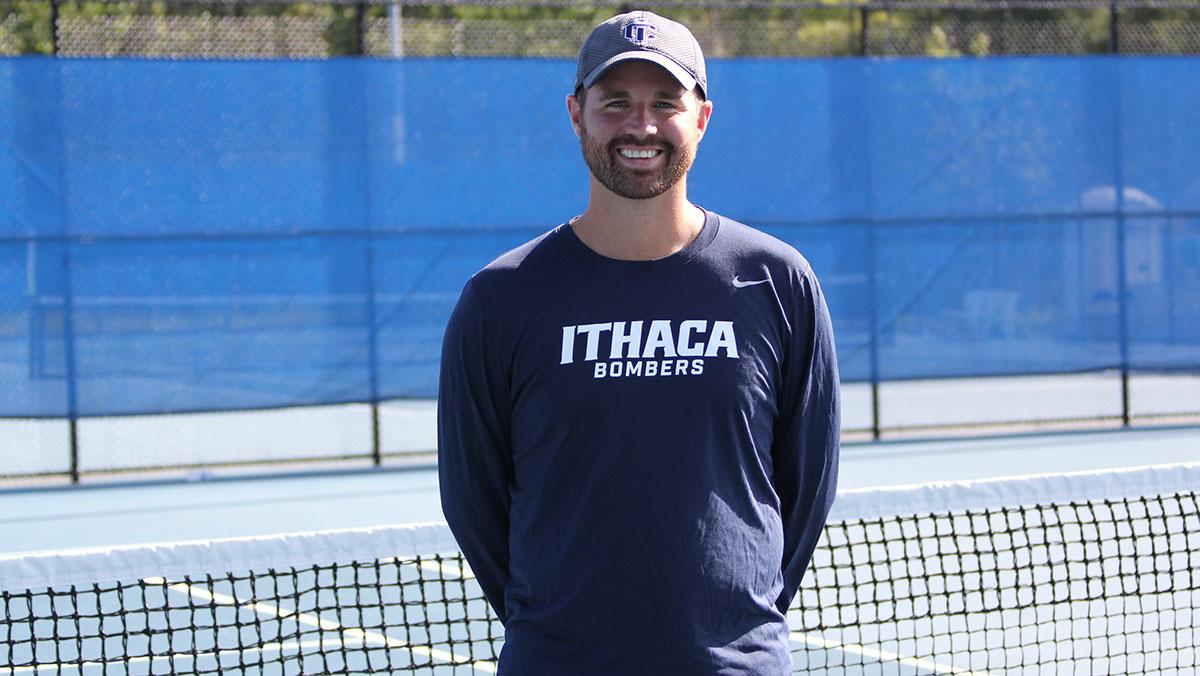 Jordon Smith was hired as the assistant tennis coach by the athletics department Aug. 13 for both the women’s and men’s tennis teams. Smith was an assistant coach at Wheaton College in Norton, Massachusetts, last year, where both tennis teams reached the quarterfinals of the New England Women’s and Men’s Athletic Conference tournament. As a student, he played three years of collegiate tennis, playing two seasons at SUNY Broome Community College and one at Binghamton University. While at Broome, he went undefeated during the 2010 season and reached the National Junior College Athletic Association semifinals in both singles and doubles.

Staff Writer Matt Hornick spoke with Smith about his experiences on South Hill after his first month on the job, why he wanted to come to Ithaca College and what he hopes to bring to the team this year.

Matt Hornick: What was so attractive about the assistant tennis coach job opening at the college?

Jordon Smith: I grew up in Binghamton, New York, which is only about an hour away so the idea of being close to home was very attractive to me. When I saw the job posting on the NCAA job market website I reached out to my former coach at Binghamton University, Michael Stark, who has a long history with Bill [Austin], and he told me that Bill is a great guy, a great coach and that I would have the opportunity to learn a lot from him. That made the job very appealing.

MH: Once you had been hired, what most excited you about the job at Ithaca?

JS: When I interviewed here I was blown away by the facilities. The indoor facilities are incredible, the outdoor courts are fantastic, the training staff is very good and all of the student workers are great as well. It was almost the perfect place to coach tennis. I had never been to campus before then so I was completely amazed by everything that I saw. I’ve also always liked the town of Ithaca too, which is a plus.

MH: What have you learned from playing collegiate tennis and previous coaching jobs that you think you will be able bring to the Bombers this year?

JS: I’ve learned that team chemistry is huge, even in an individual sport like tennis where you would think that you just send them out there and they play, and whether or not the players like each other is not important but it is actually a big deal because you want the players comfortable in their surroundings so that they can play their best.

MH: What was your first impression of the team when you arrived on campus?

JS: My first impression of the team was at our first practice when all of the returning players started warming up without Bill having to tell them anything. They just knew exactly what to do and then the freshmen followed their lead. It was so cohesive — it was as if they had been practicing together all summer long.

MH: Coach Austin has always talked about hard work as one of the things he values most. What values have you tried to instill on the team in your time here thus far?

MH: The women’s tennis team has started the season 3–0 and have only dropped one match in total thus far. What do you think has been the key to your success?

JS: The key for us has been our depth. We have had some players get injured so far this season and we have been changing up the lineup a lot, and we are so deep from top to bottom that as soon as one girl goes down, another is ready to step in and we don’t miss a beat.