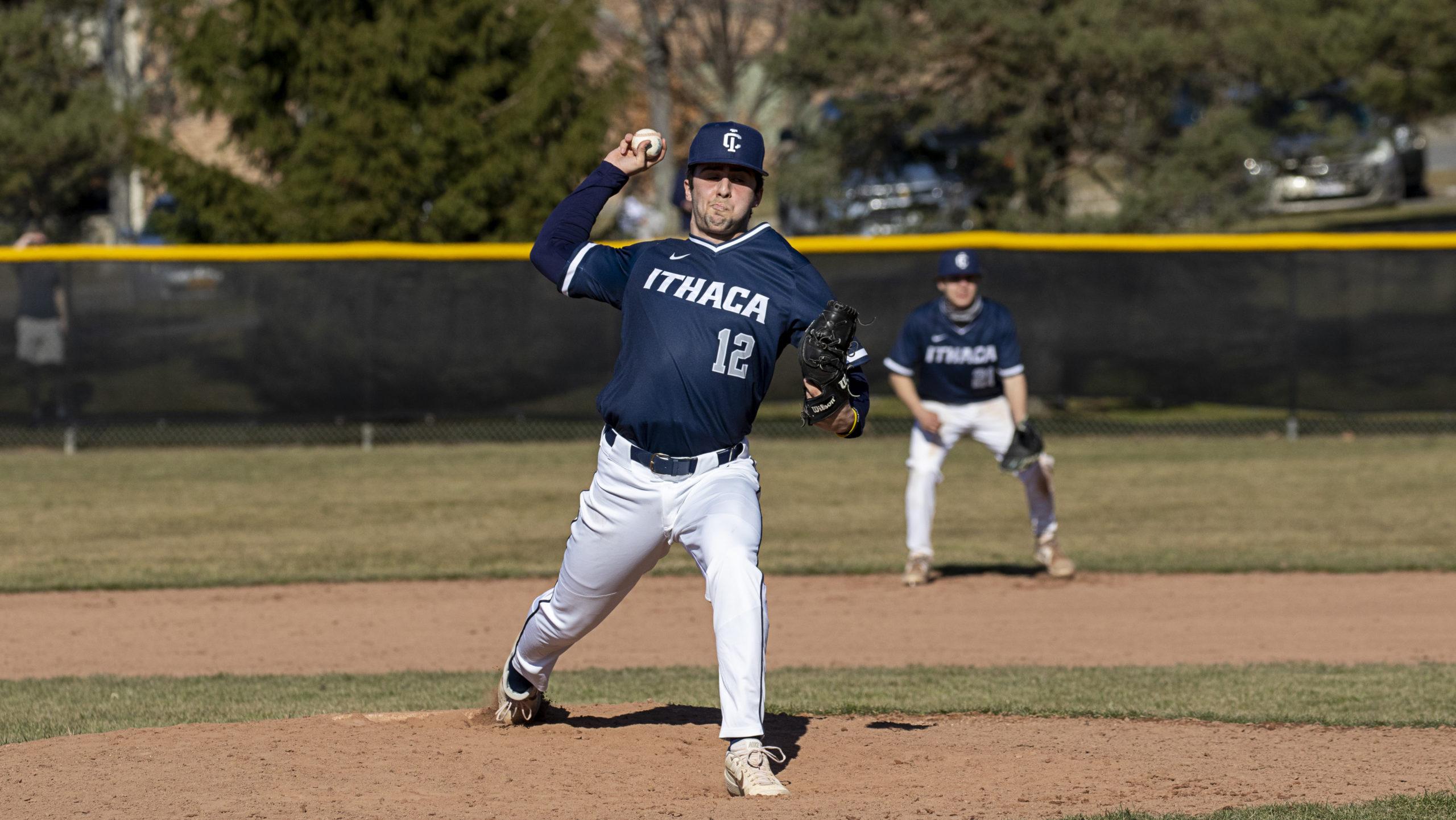 Ithaca College spring athletes have waited nearly one year to compete after having their 2020 spring seasons canceled due to COVID-19. Once the Liberty League announced that there would be a spring sports season this year, teams were able to breathe a sigh of relief.

Spring athletics will look different this year compared to previous seasons, especially on the road. This year, spring sports teams will only compete in 68 away events, according to the schedule, compared to over 100 last year. With the exception of the women’s crew team going to Lewisburg, Pennsylvania, on May 8, all other regular season competition will be played within the state of New York. There are also rules and protocols in place like mandated mask-wearing outside the field of play and no overnight stays for away events.

On March 6, the men’s and women’s track and field teams competed in the Nazareth Invitational at Nazareth College in Rochester, New York. This meet marked the first event that any of the Bombers had traveled to since the resumption of competition. Both squads put on dominant displays, as the women’s team placed first with 261 total points, and the men’s team finished on top with 208 points.

Jennifer Potter, women’s track and field head coach, said the long-awaited return to official competition was an emotional experience for many of her athletes. Potter said she was thrilled to have the opportunity to coach again after the hiatus.

“Before we returned to campus and was coaching virtually I lost a little bit of myself,” Potter said via email. “It is amazing that we are back together after almost a year (social distancing of course) and I again get to do what I love to do and have so much passion for.”

Freshman runner Katarina Gomez said that while the invitational followed a traditional format in terms of the events themselves, there were notable differences in preparation for the meet. Athletes were only permitted inside the arena when they were warming up for their events or competing and had to go to another location after they had completed their events. Gomez said that these protocols were different than what the team was accustomed to but that the Bombers were simply glad to be competing again.

“It was an interesting experience because it was very different when we were there,” Gomez said. “We could only be in the actual arena if we were warming up. Nerves were definitely up, but it was nice to be in the environment again.”

Potter also said she was happy that her student-athletes got the chance to compete in an official meet once again after a year of anticipation, though she said she looks forward to seeing her whole team compete in events.

“It was very exciting to see the program in uniform and doing what they do best: compete and support their teammates,” Potter said via email. “We were only able to take a small group so it wasn’t complete without the whole team, though so exciting to see great competition.”

The men’s and women’s track and field teams will look to continue their dominance as the 2021 season progresses. Because the teams do not have a suitable outdoor facility on South Hill, all of their meets will be at opposing schools.

The baseball team also traveled out of Tompkins County on March 20 to face off against Elmira College. After the baseball team returned from its 8–7 win, first-year graduate student Buzz Shirley said the new protocols give traveling a different feel.

“It’s definitely a challenge, but we’ve been overcoming adversity all year,” Shirley said via email. “This is just another roadblock in the way of us coming to success, but we don’t let that get us down. After that win we were on the bus, obviously in our seats maintaining our distance, but hooting and hollering. … Everything’s always a little different this year, but we’re still finding a way to get it done, and this year’s been a blast so far.”

Senior Garrett Callaghan said that on team buses, athletes are required to wear their masks and maintain social distancing rules. This means that there is no eating or drinking and that there is one person per row of seats. Callaghan said that while these changes in the rules are noticeable, they are worth it if it means they can play this season.

“Baseball is a game that’s meant to be played with players spread out,” Callaghan said via email. “The protocols really aren’t affecting our performance at all because it is really easy to stay six feet apart on a baseball field, and it’s also really easy to pull our mask up in the case we have to get closer than six feet to someone. In the grand scheme of things, it is not a big deal at all.”

The baseball team played a three-game series against Elmira, winning all three games. The series concluded with a doubleheader at Freeman Field because teams are not permitted to stay overnight for any competitions. The Bombers’ schedule includes six four-game series against Liberty League opponents, each with a home and away doubleheader. In past seasons, the baseball team would typically not travel in the middle of a series. The current schedule is designed to cram in 29 games between March 20 and May 9 with as little travel as possible.

Callaghan said that the team came out rusty in the first game against Elmira but that its comeback fueled its success in the two games March 21.

The baseball team kicks off its in-conference play March 27, playing two games against the University of Rochester in Rochester.