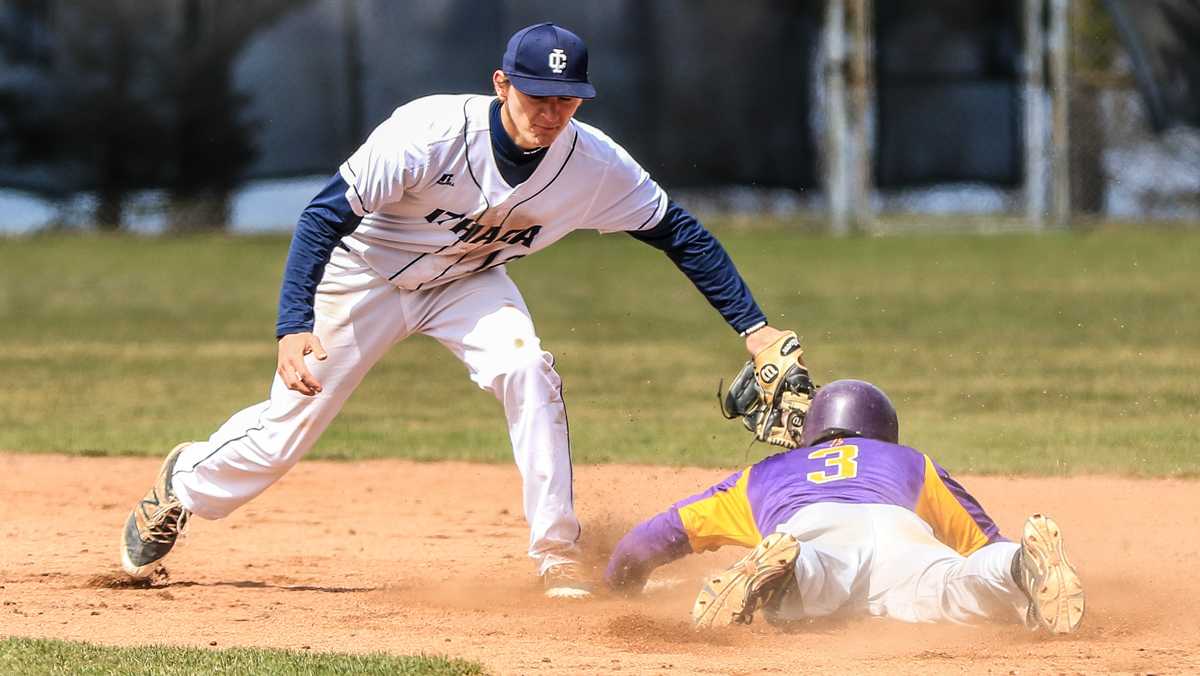 The Ithaca College baseball team defeated Elmira College 9–3 April 7 and followed up the performance with a 5–3 victory April 8. With the two wins, the Blue and Gold are now 11–9 for the season with a 4–4 record in the Empire 8 Conference.

Later in the inning, junior second basemen Jake Generali hit a line drive down the left field line to score Snyder to take a 3–0 lead. The inning ended when junior utility player Webb Little grounded out to second base and scored junior third basemen Cam Fuoti.

In the bottom of the sixth inning, the South Hill squad added four more runs to its lead off of two hits and an error to extend the lead to 8–2. In the top of the seventh, Elmira had a double steal and then an error committed drove in another run to cut the lead to 8–3, but that was all Elmira could drive in for the rest of the game.

The Bombers capped off the win when Little hit a sacrifice fly to bring in Boresta. Senior pitcher Jack Morello earned his fourth win on the season. Generali went 2–4 at the plate with two RBIs while Little went 1–2 while adding another two RBIs.

During the second contest, Elmira jumped out to an early 2–0 lead in the top of the first inning. The Bombers responded when Snyder had a sacrifice fly to centerfield that scored junior center fielder Adam Gallagher to cut the lead to 2–1.

After Elmira added another run in top of the fourth, junior catcher Adam Gallagher blasted a two-run homerun in the bottom of the sixth to tie the game 3–3. Heading into the seventh, freshman shortstop Jack Lynch scored Fuoti on a fielder’s choice. With the bases loaded, freshman pinch hitter Alex Robinson drew the walk to score junior first basemen Andrew Bailey to extend the lead to 5–3, which ended as the final score.

Junior pitcher Jake Binder secured the win on the day, pushing his overall record to 3–2 on the season. Gallagher went 3–3 on the day with two RBIs and six other Bombers registered hits on the day.

The Blue and Gold will host SUNY Cortland at 4 p.m. April 10 at Freeman Field.