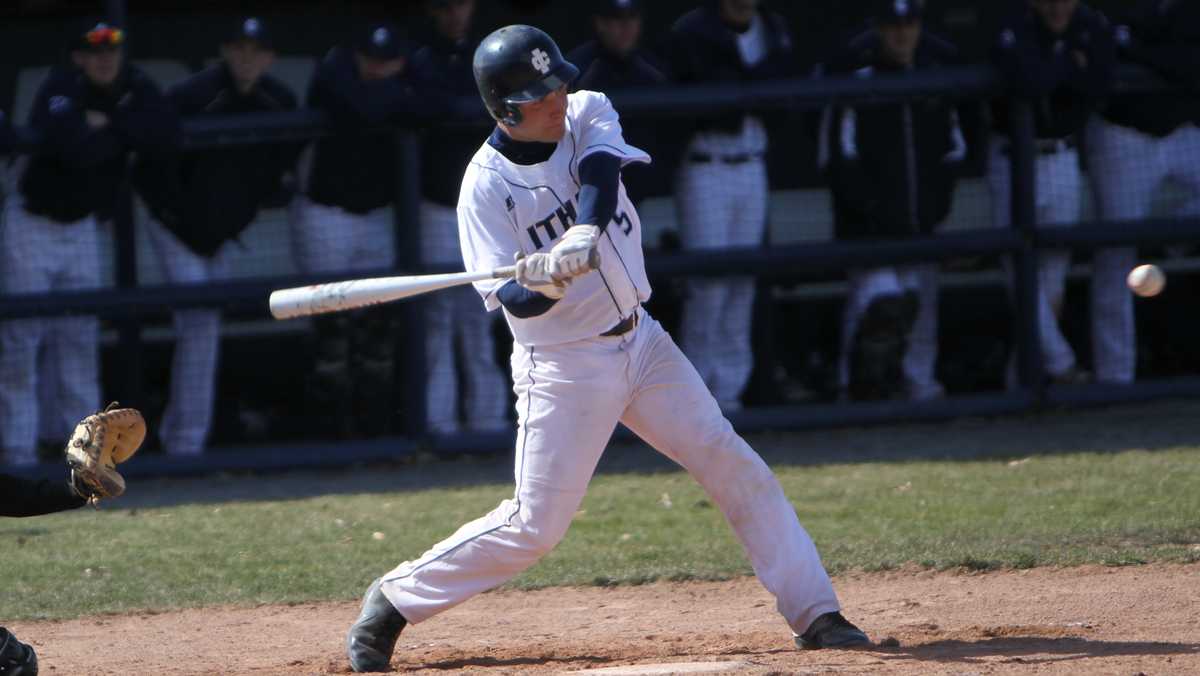 The Ithaca College baseball team split a double header against Stevens Institute of Technology on March 25 at Freeman Field. The Bombers won the first game 4–3 and lost the second game 7–2.

The Ducks were up 3–0 in the bottom of the seventh inning but with the bases loaded and one out, junior shortstop Webb Little knocked in two runs with a single. First baseman Andrew Bailey tied the game in the next at bat, bringing home senior left fielder Domenic Boresta. After an intentional walk and a strikeout, junior catcher Adam Gallagher reaches on an error by Stevens’ junior shortstop Matthew Pasko, which allowed Webb Little to score.

Junior Matt Eiel picked up his first win of the season for the Blue and Gold in 0.2 innings of work in relief of a 6.1 inning start from senior Jack Morello while Stevens’ junior Charlie Ruegger picked up the loss. Morello allowed one earned run, four hits and struck out five batters.

The Ducks would not let the second game slip away as they broke out for two runs in the fifth inning and five runs in the sixth. They loaded the bases to start the sixth and scored four runs before someone made out.

The Bombers responded with two runs in the sixth off of a two-run single from junior right fielder Sam Little, but that was all they would be able to muster.

Junior pitcher Jake Binder took the loss on the mound in game two to drop his record to 2–1 this season. Junior Danny Poidomani brought in the win for Stevens to make his record 2–1 on the year.

The Bombers hit the field again at 3 p.m. March 26 for one more against Stevens at Freeman Field.