Baseball struggles against No. 10 SUNY Cortland 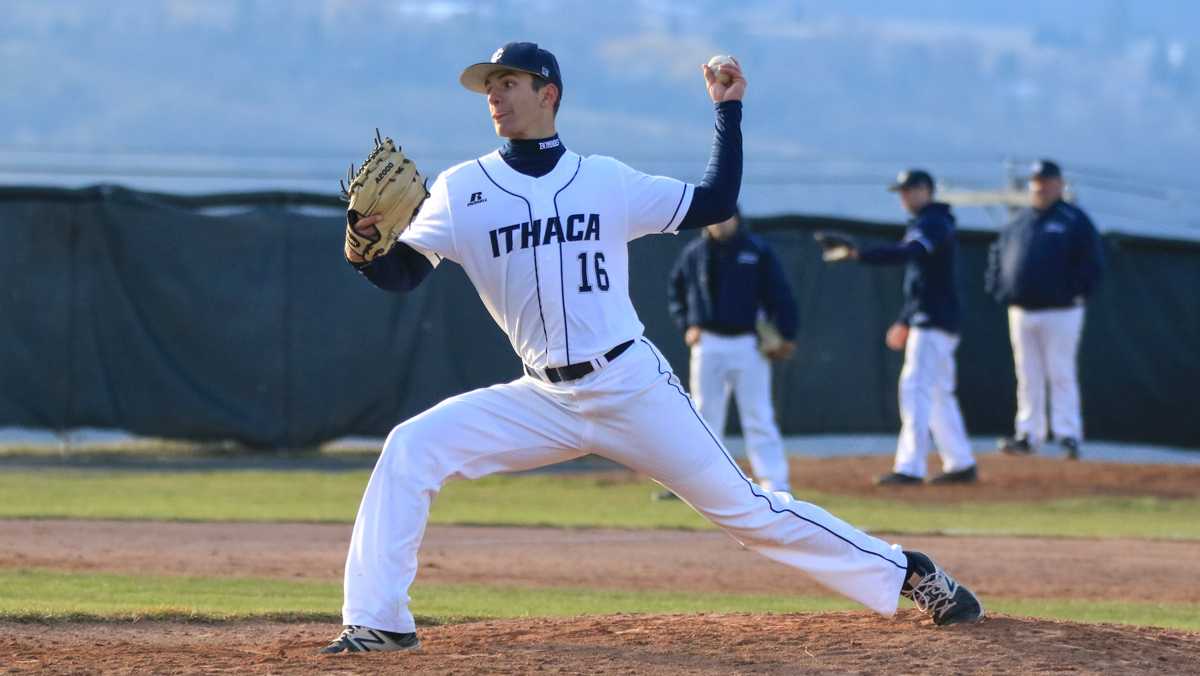 Throughout the first two innings, Cortland jumped out to a 5–0 lead. It wasn’t until the third inning when the Blue and Gold got on the board. Junior DH Andrew Bailey hit a double and then advanced to third base on a groundout. He then scored on a wild pitch to cut the lead to 5–1.

In the bottom of the fourth, junior third baseman Cam Fuoti earned is fifth RBI of the year when he hit a sacrifice fly to score junior outfielder Garrett Snyder. With the added run, the South Hill squad started to put together a comeback as they found themselves down 5–2.

Cortland continued to build on their lead in the seventh when they scored another run, putting them up 6–2. The Red Dragons scored three more runs in when senior catcher Jeff Teague doubled to right center to score three more runs, extending the lead to 9–2. Teague scored later in the inning when a Bombers fielding error caused him to cross home plate.

In the bottom of the eighth inning, another pass ball behind the plate caused Snyder to score. The Blue and Gold added another run when the second pass ball of the inning occurred, causing senior outfielder Domenic Boresta to cut the lead to 10–4, but it was all the South Hill squad would score the rest of the game.

Gallagher and Snyder both finished the game for the Bombers going 2–3 at the plate. Senior pitcher Tyler Hill took the loss for the Blue and Gold, which puts his overall record for the season at 1–5.

The South Hill squad is back in action when they kick off a three-game series against Uitca College. The first pitch will be at 1 p.m., followed by the second game 3:30 p.m. April 14 in Utica, New York.