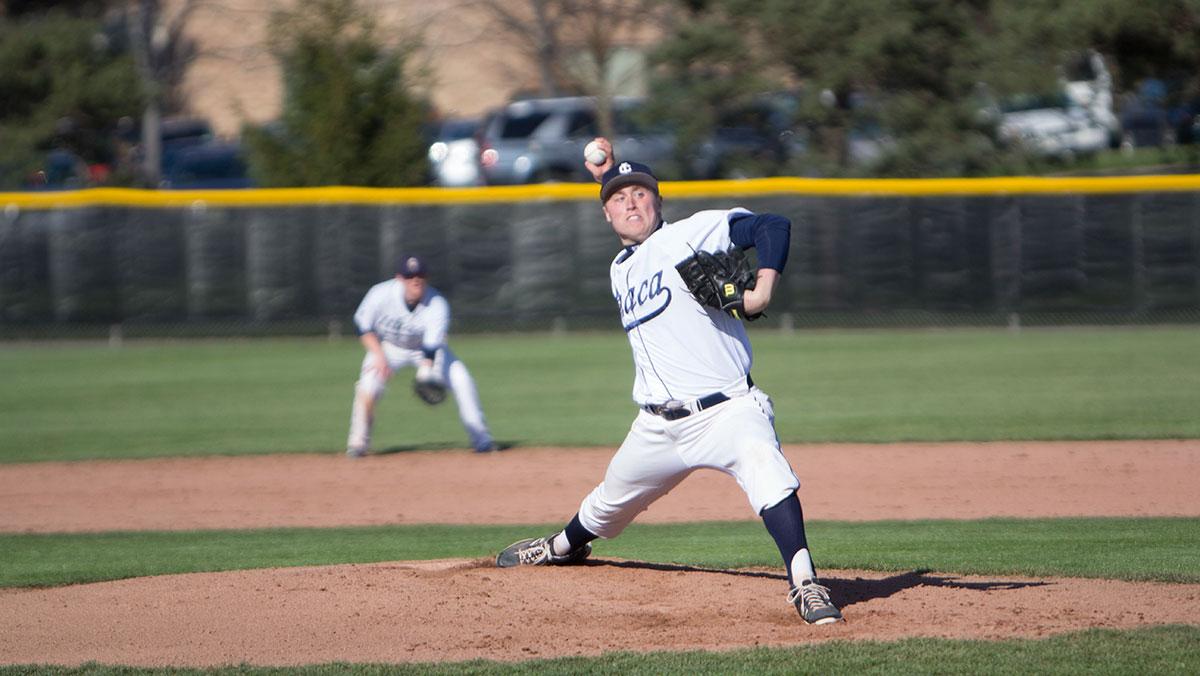 The Ithaca College baseball team dropped to 13–10 on the season after losing to SUNY Cortland 4–3 on April 14. Cortland, which is ranked No. 3 nationally and is the defending national champion, improved to 24–5 after the game at Freeman Field.

Cortland took a 3–0 lead in the top of the second. The first two batters were walked right before a sacrifice bunt that allowed them to advance into scoring position. A single through the right side of the field brought in both walks, advancing the score to 2–0, with the batter moving up to second base. The next at bat brought in the runner with a line drive single down the middle.

The Bombers returned to the bottom of the second with junior catcher Ryan Henchey getting on base with an infield single. Freshman pitcher and designated hitter Andrew Bailey then hit a single up the middle, earning an RBI for scoring Henchey and lessening the Red Dragons’ lead to 3–1.

Junior second baseman Josh Savacool led the bottom of the third with a double to left-center, then advancing to third on a groundout. Savacool then scored on a wild pitch bringing up the Blue and Gold, which were trailing by only one. The third inning continued due to an error allowing Henchey to hit an RBI triple to right-center field, bringing in freshman outfielder Sam Little from first, tying the game at 3–3.

In the top of the sixth, the Red Dragons regained the lead with a single down the right field line, bringing the score to 4–3.

In the last three innings of the game, the Bombers offense was held off by Cortland’s pitcher Turner Parry. Parry struck out six batters and gave up only two hits, ultimately ending the game 4–3 SUNY Cortland.

The Bombers will compete in two Empire 8 Conference games against Utica College on April 16–17.