Baseball sweeps series against Houghton and wins on Senior Day 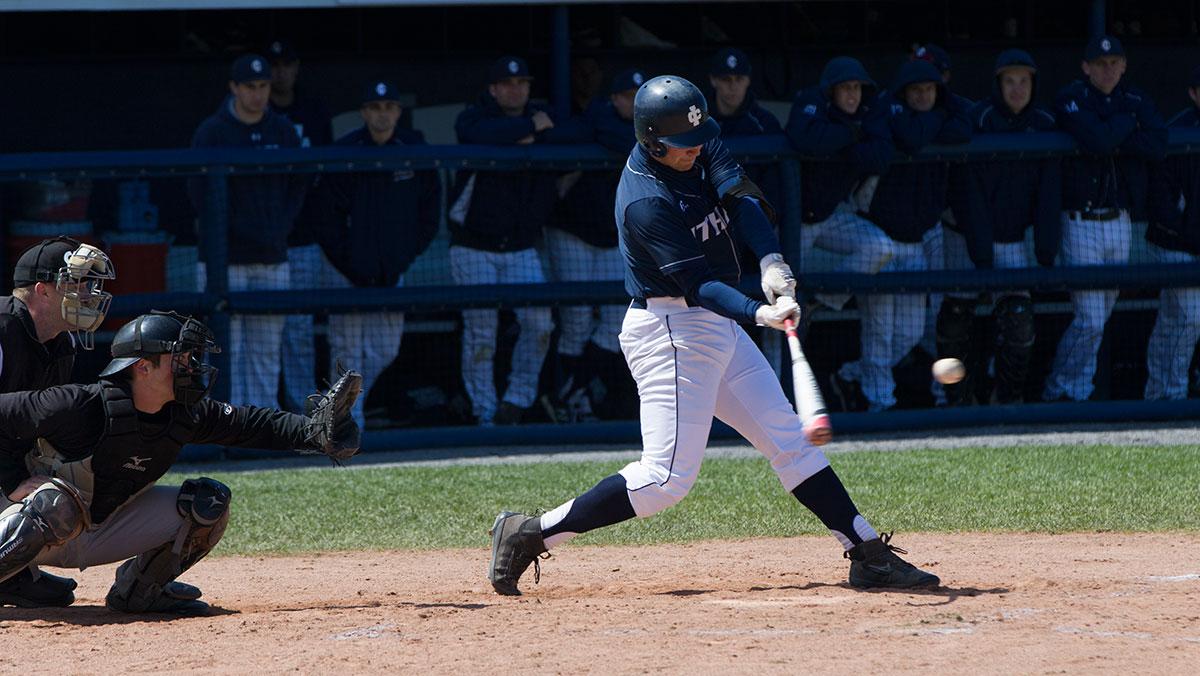 The Ithaca College baseball team extended its winning streak to six after picking up three victories over Houghton College on April 23–24.

The Bombers started out its weekend series against Houghton on April 23 with a doubleheader. In the first game, the Blue and Gold defeated the Highlanders 5–1. The Bombers struck first with an RBI groundout by freshman outfielder Matt Carey in the second inning.

Houghton struck back in the fourth inning when the Highlanders picked up their only run of the game off of a single by junior outfielder Garrett Kirkpatrick.

The Bombers answered in the fifth inning, scoring three more runs to take a 4–1 lead. Senior first baseman Zach Cole started the scoring streak hitting an infield single that brought in sophomore outfielder Domenic Boresta from second base. With the bases loaded, freshman outfielder Sam Little hit a sacrifice fly that allowed Cole to score. Junior second baseman Josh Savacool scored later in the inning off of an error.

Boresta scored the last run of the game in the sixth inning. Cole went 3–3 at the plate, while Boresta and Savacool were both 2–3. Senior pitcher John Prendergast pitched six innings and picked up the 30th win of his career.

In the second game, the Bombers came out on top in a 8–7 victory. Both teams were held scoreless for the first four innings of the game. Houghton scored first, picking up two runs in the fifth inning. Junior third baseman Trevor Thompson scored the first run of the game for the Bombers in the sixth off of a ground out by junior catcher Ryan Henchey.

Houghton took command of the game in the seventh inning, picking up five more runs to take a 7–1 lead. However, the Bombers mounted a six-run comeback in the seventh and eighth innings to defeat the Highlanders.

The Bombers would go on to complete the series sweep April 24 after defeating Houghton 9–2.

The South Hill squad started the scoring early, picking up three runs in the first inning, with Savacool, Sam Little and Webb Little all crossing home plate for the Bombers. They went on to pick up three more runs in the second inning to take a 6–0 lead.

The Highlanders got on the board in the third inning to make the score 6–1. However, the Bombers responded right away, picking up one more run in the third and two in the fourth. Houghton scored its only other run of the game in the ninth.