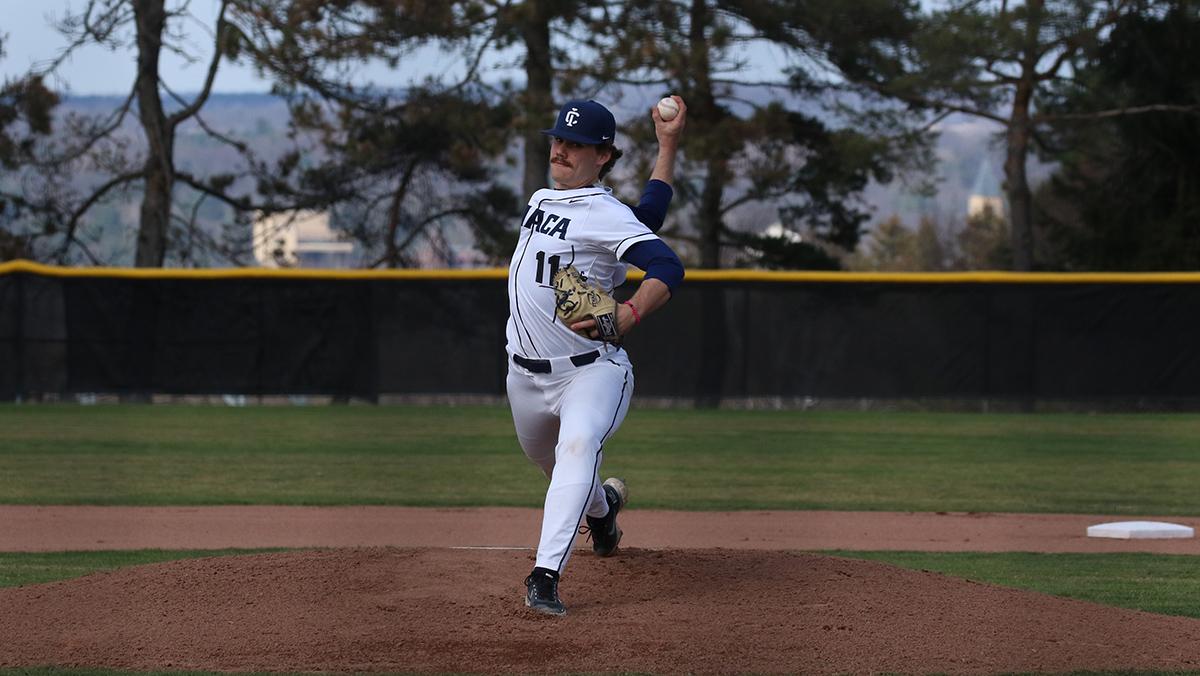 The Ithaca College baseball team has posted an impressive record of 15–5 to begin the season. The strong performance has been bolstered by solid team chemistry which should play an important role throughout the season.

The Bombers began the season Feb. 25 and won four of its first five games, as well as winning six out of seven on the spring break trip to Florida, including an impressive 3–2 win over No. 11 Wheaton College. The Bombers’ strong play in Florida led the team to a 10–2 record in their first 12 games, and the club currently sits at 15–5. Head coach David Valesente said he has been impressed with the early season success that the team has seen and how well the team is getting along.

“We’ve preached our day-to-day work ethic and commitment to excellence on the field,” Valesente said. “I’m happy with how our training has gone. Our guys are happy about where our chemistry and comradery are, and the togetherness that our guys are showing is amazing.”

In light of the COVID-19 pandemic, the Bombers are glad to have a full season again after having the last two seasons shortened. With games against teams from other regions and conferences returning to the schedule, this gave the South Hill squad extra time to prepare for Liberty League play.

“I’m excited that we have played as many games as we have, especially a few pre-spring break trips,” Valesente said. “I’m happy that the guys have gotten the opportunity to get back on these trips as the last few years have been challenging.”

In 2020, the Bombers had a 1–6 record before the remainder of the season was canceled by the pandemic. The team bounced back in 2021, finishing with a 16–12–1 record, losing to Union College in the Liberty League Semifinal game 18–9.

This season, the club welcomed 10 freshmen players to the roster, including first baseman Nick Cutaia, who is hitting .354 and is a part of a starting lineup featuring seven Bombers with a batting average of .300 or above. Cutaia said his transition to the team was smooth thanks to the upperclassmen helping him feel welcome.

“I was really nervous going in not knowing what to expect,” Cutaia said. “The seniors have been more than welcoming, and they are so passionate to have me and the other freshmen on the team, as they welcomed us all with open arms.”

The leadership displayed by this year’s senior class shows its commitment to this team and its future. Going along with his development, Cutaia said the seniors’ roles were important to the team’s success, as well as what they have meant to the group of freshmen players.

“The senior class is huge to our success both on and off the field,” Cutaia said. “Guys like [senior Buzz Shirley], a big veteran on the team, as well as more role players where they just show us the passion. They’re so important to our team and we need them for our success.”

Cutaia has also driven in 24 runs and smacked three triples and nine doubles to boost his batting average. Being a freshman on the team, Cutaia explained his mentality going into the season with the little collegiate experience he has had so far.

“I’ve got nothing to lose,” Cutaia said. “I’m a freshman, nobody expects anything from me. Just doing my own thing has been my approach.”

Senior pitcher Kyle Lambert, who transferred from Hudson Valley Community College to Ithaca College last year, also said the team chemistry has made him feel welcome since he first stepped on campus.

“Joining the team last year, I immediately felt welcomed,” Lambert said. “Now I’m one of the older guys on the team and I’ve taken my role on.”

Lambert has started six games, pitched 40.1 innings and currently holds a 2–1 record and an earned run average of 1.56 to lead the starting rotation. With Lambert leading the pitching staff, the team has a 4.84 earned run average, allowing a total of 93 earned runs in 173 innings pitched, as well as allowing 164 hits with 177 strikeouts. Lambert said he is pleased with how the team has performed so far this season, mentioning their hard work going back to the fall.

“I’m really happy with how we’ve performed,” Lambert said. “We’ve been working hard since the fall and seeing that hard work pay off and finally seeing the results on the field is great.”

As the season rolls on, Valesente said the competition will continue to improve, and it is important to play at a higher level. The Bombers know what they are chasing come the end of the season, and continuing to get better going forward is crucial toward reaching their goal.

“Our ultimate goal is to win the Liberty League Championship,” Valesente said. “Just like any other program at Ithaca [College], our goals are to compete at an elevated level, especially nationally.”

In order to reach that level of competitiveness, Valesente hopes to give his athletes the experience of a normal season again.

“A big goal of mine is for our players to have an experience of back to more of a normal season,” Valesente said. “To have their hard work pay off on the field, in the classroom, and keeping them safe and healthy to make sure they’re following the expectations is huge.”

As the Bombers have begun Liberty League play, they currently sit in first in the Liberty League West division standings with a 3–2 conference record, as well as a 2–1 division record. The club trails the University of Rochester, who is 15–4, and Skidmore College, who is 15–2–1, in overall conference play, but with plenty of head-to-head matchups to come.