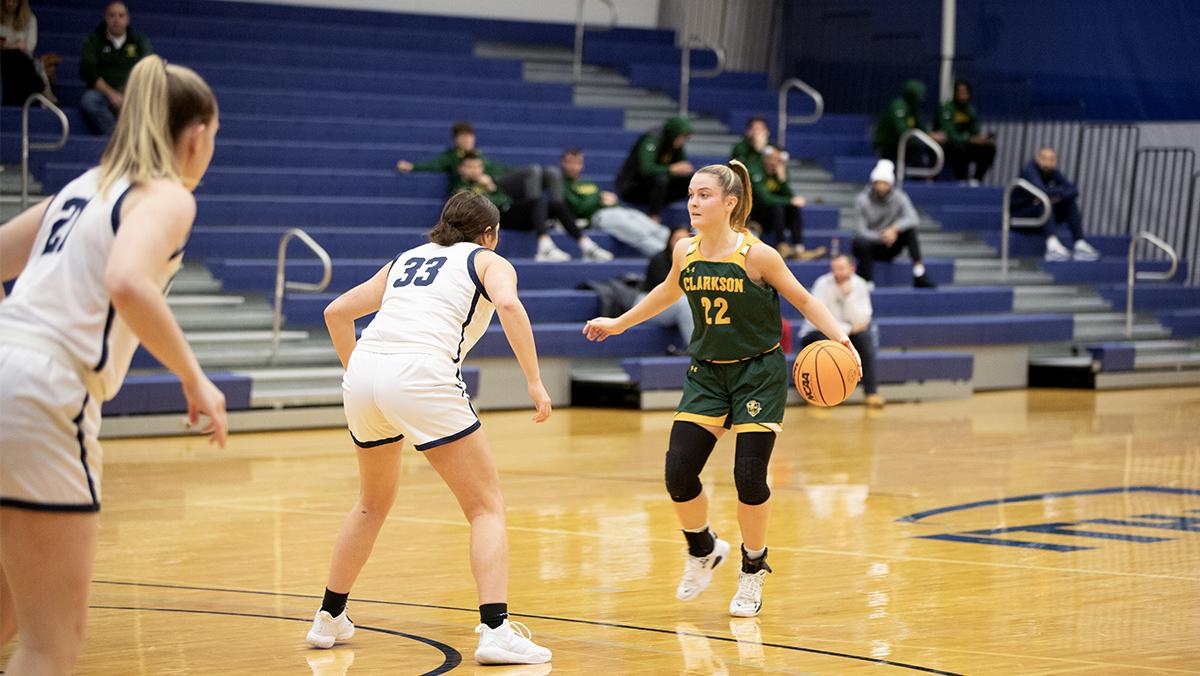 On Jan. 2, the Ithaca College men’s and women’s basketball teams played the Hamilton College Continentals as both teams resumed their respective seasons while the majority of the college’s population was away from the campus on winter break.

Before the teams could return to campus however, they also took time away from South Hill to rest. Men’s head coach Waleed Farid said that after the team’s 4–4 start to the season, which began Nov. 8, he encouraged his team to take some time over break to relax and recover.

“After we played our last game against [University of] Rochester, we actually talked to the guys a little bit about taking a few days away from the game,” Farid said. “We didn’t want them spending too much time thinking about our record and all that stuff. So I took a few days and just didn’t watch the film and sat back. And then we talked about it after taking a couple of days off, getting back to work and trying to do our best to stay in as good shape as possible.”

The women’s assistant coach Mary Mazzella said that her team, who had entered the break with a 6–2 record, used their 20 days off from classes to focus on strategy and try new plays in comparison to those they had been using during the fall.

“We talked a little bit about a different look on defense,” Mazzella said. “We worked on throwing in some new sets and shaking some things up to give opponents a different look than maybe what they’d seen in that fall semester. So we were playing around with a lot of X’s and O’s during that break.”

Another benefit that the teams had over the break was the ability to set more flexible schedules. Farid said that not having to worry about working team practice hours around academic schedules was a great help to him and the rest of the staff, both in team activities and at home.

“I think it’s great for a variety of reasons,” Farid said. “We’re able to get the guys in here in the afternoon at like 1:30 p.m. so that guys still get to rest and sleep in. And the guys get to be together in the evenings, whether they’re having team dinners or just dinners on the road.”

Having the flexible schedule also allowed for the coaching staff to spend more time away from practices, which Farid said he used to spend with his kids, something he does not always get the opportunity to do during the season.

“For me and the coaching staff, it’s nice to be able to get home and spend time with my family. To be home in time for my two kids to go to bed, that’s the kind of thing which we lose a little bit once we get back into the grind. So there are a lot of benefits to this schedule,” Farid said.

Both teams won their games against the Continentals upon returning to campus, sparking a streak of combined success over winter break thanks in part to the ability of the teams to control their schedules, giving them time to make changes, Farid said.

Although the winter break schedule allowed for the teams to control their schedules, women’s junior guard Hannah Polce said that she is glad to resume a normal academic schedule.

“I’m definitely ready for some normalcy,” Polce said. “I think winter break was fun, but basketball kind of feels almost like a job for a little bit. You wake up, you go to practice, you eat, you nap, you go to practice again, you eat and you sleep. So that on repeat is fun at first, but it becomes really repetitive towards the end.”

For the teams, senior forward Jack Stern of the men’s team said that the lack of fans during the break presents playing home games as a different challenge than during the regular season.

“It’s a huge change,” Stern said. “I know, for me and a lot of the guys who get a lot of minutes, it really changes how we play based off of the energy in the building. Especially with basketball, where people are right on the edge of the court yelling at you cheering for you, it brings your energy up.”

Stern said that when there are not many students in the bleachers at games, it becomes particularly important for the team to support each other internally.

“It’s really tough to look up in the crowd and none of your friends are there,” Stern said. “So we need to replace those fans that aren’t here anymore. We need to cheer extra loud, be there for our teammates when no one else is.”

As the teams exit the winter break and resume play during the spring semester, they do not want the momentum of the break or what the teams worked on to be lost during the year. Stern said that the men’s team wants to carry the energy from break into the rest of the season despite the changing atmosphere and schedule.

Stern said that the grind of winter break should propel the team’s competitive mindset as they near postseason play.

“I think the work ethic that we’ve been pursuing over the last couple of weeks is important to keep,” Stern said. “I think we all love what we’re doing and love being there.”