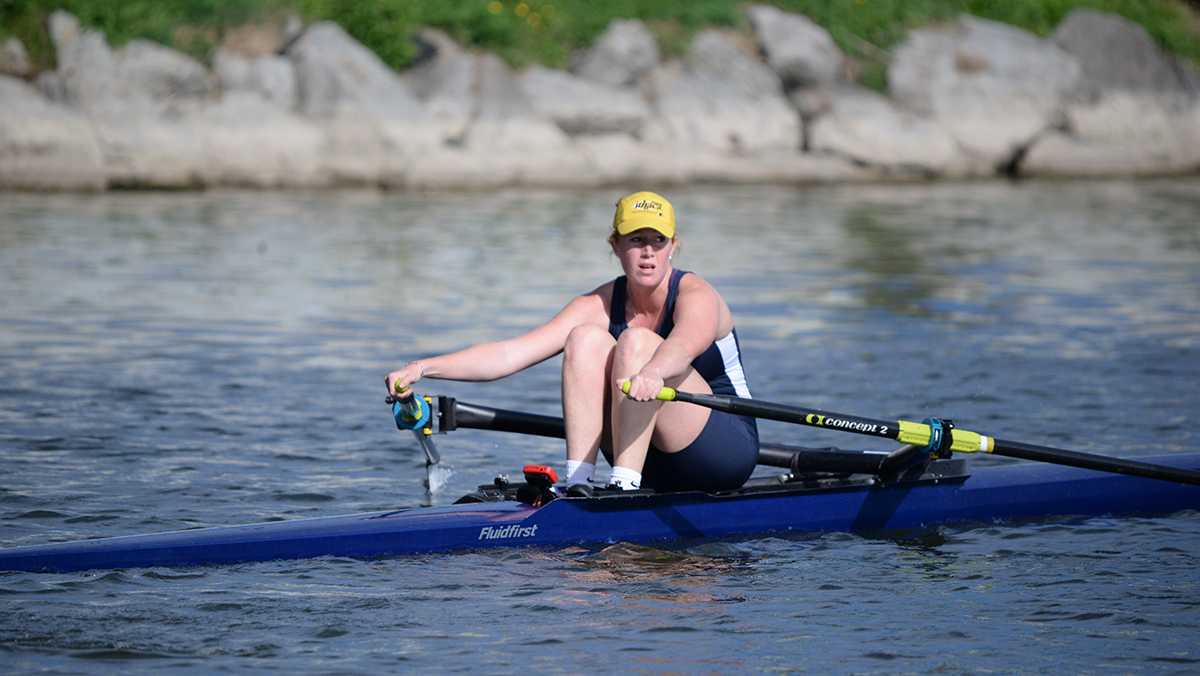 For senior Emily Morley, every stroke, every weight session, every swim and every run has a purpose. In the back of her mind, as she completes countless workouts, there is one thing and one thing only: Rio.

On March 22–24, Morley, an international student, will be competing in the women’s single sculling FISA Olympic Rowing Qualification Regatta for the Americas in Valparaíso, Chile, where she will attempt to become the first citizen of the Bahamas to qualify for rowing in the Olympic Games in Rio de Janeiro.

Morley grew up in Nassau, Bahamas, where rowing is not a popular sport. She was an athletic child, as she played soccer until the age of 15, when she decided to attend a boarding school. Morley landed at the Emma Willard School in Troy, New York, and it was there that she fell in love with rowing.

During her freshman year at Emma Willard, all of her friends were trying out for the crew team, so she said she decided to join them.

“All of my best friends did it, and I basically fell in love with it,” Morley said. “It helped a lot that I’m 6 feet tall and was pretty good at it.”

Morley rowed for all four years of high school and was a captain her senior year. She was recruited by multiple Division III colleges, but ultimately she picked Ithaca College.

Morley came in with more experience than her classmates, the majority of whom had never rowed before. Despite not being able to row until after fall break because of surgery she had over the summer, Morley made a big impact her freshman year. She was bumped up to the varsity boat, where she and her teammates made it to the NCAA Championships, where they placed seventh.

Head coach Becky Robinson said Morley arrived at Ithaca ready to go, making the decision to bump her up to varsity a no-brainer.

“Emily was an excellent recruit,” Robinson said. “She is definitely built to be a rower, and she came in with a strong technical foundation.”

For Morley’s family, the Olympics have always been an integral part of their lives. Her father, David, represented the Bahamas in the 1984 Olympics in Los Angeles, swimming the 100-meter and 200-meter backstroke and 200-meter individual medley events. Morley’s younger sister Laura is currently a freshman swimmer at Indiana University and is also attempting to make the Rio de Janeiro Games.

Laura said their father inspired them to work toward the Olympics, and she is excited about the chance to compete in the Olympics with her sister by her side.

“When we were growing up, our dad always talked about going to the Olympics for swimming and how great of an experience it was for him,” Laura said. “It would be such a cool thing to experience with my sister.”

Morley said she never seriously thought about going to the Olympics until this past year, when she realized the end of her rowing career was quickly approaching.

“My sister has always had the Olympics in her vision,” Morley said. “I never really grabbed onto the idea and ran with it until I was thinking about what I wanted to do after I graduate.”

In November 2015, Morley’s father reached out to Robinson about the possibility of her pursuing the Olympics. Robinson said she did some research and realized that Morley has a legitimate chance of qualifying.

“Initially, I was unsure of what all the possibilities were, but the more I looked into it, I realized she really has a reasonable shot,” Robinson said.

Robinson then sat down with Morley and discussed whether this would be something they wanted to pursue. It was then that Morley said she decided to go for it.

“My coaches told me, ‘Emily you are good enough to row after college. You shouldn’t exclude that,’” Morley said. “I realized that this is something I love and something that brings me a lot of joy.” 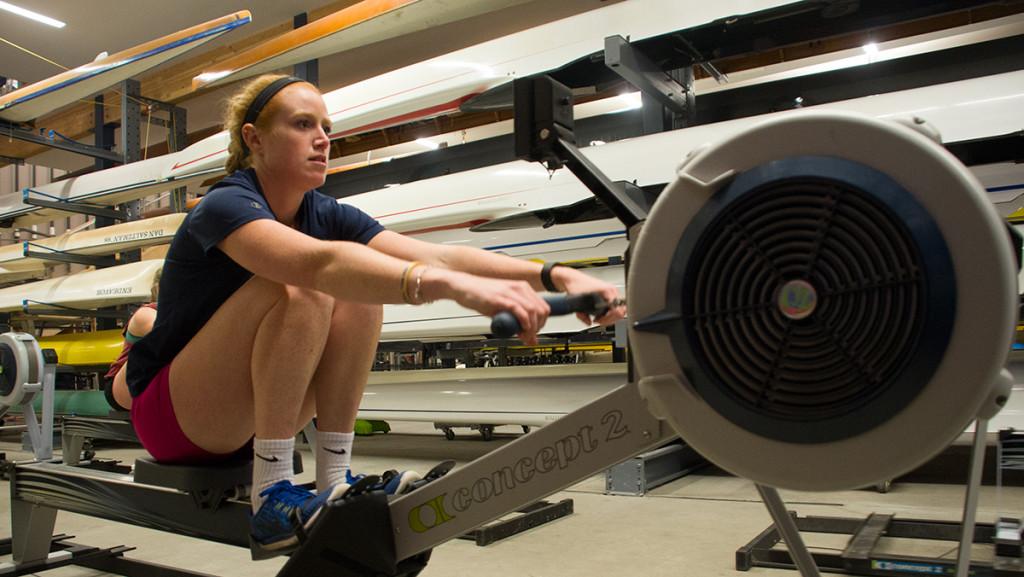 Together they set up a plan that included extra workouts and training sessions. Her teammates set up two groups to help her out: Emily’s training group and Emily’s mental training group.

“Without my team, I would not be here, or I would have given up weeks ago,” Morley said. “Watching the team come together and work so hard every day is inspiring. I wouldn’t be able to survive without them.”

Emily’s training group is led by graduate student Jennie Peterson. Peterson is in charge of organizing the team and making sure there is someone there training with Morley during her extra workouts.

On top of her two-hour practices every afternoon, Morley swims for an hour Monday and Friday mornings and does a 60K workout on the stationary rowing machines on Thursday.

Peterson has been rowing with Morley since her freshman season, when they were the only two first-year rowers to be bumped up to the varsity boat. Peterson said she admires Morley and the dedication she has for the sport.

“She is always early to practice, gives 100 percent and never complains,” Peterson said. “It’s easy to wake up early and go the extra distance when you have your teammates with you.”

“Rowing is a huge mental sport,” Morley said. “Being in a single, I have to constantly tell myself to keep going and be able to push myself.”

Even though she realizes the magnitude of this obstacle, Morley said she is proud of everything that she has done leading up to the tryouts.

“Rio is the big step on top of the mountain,” Morley said. “Even if I don’t qualify or if I get to Rio and don’t do well, being able to say that I pushed myself to that level would be a huge accomplishment.”