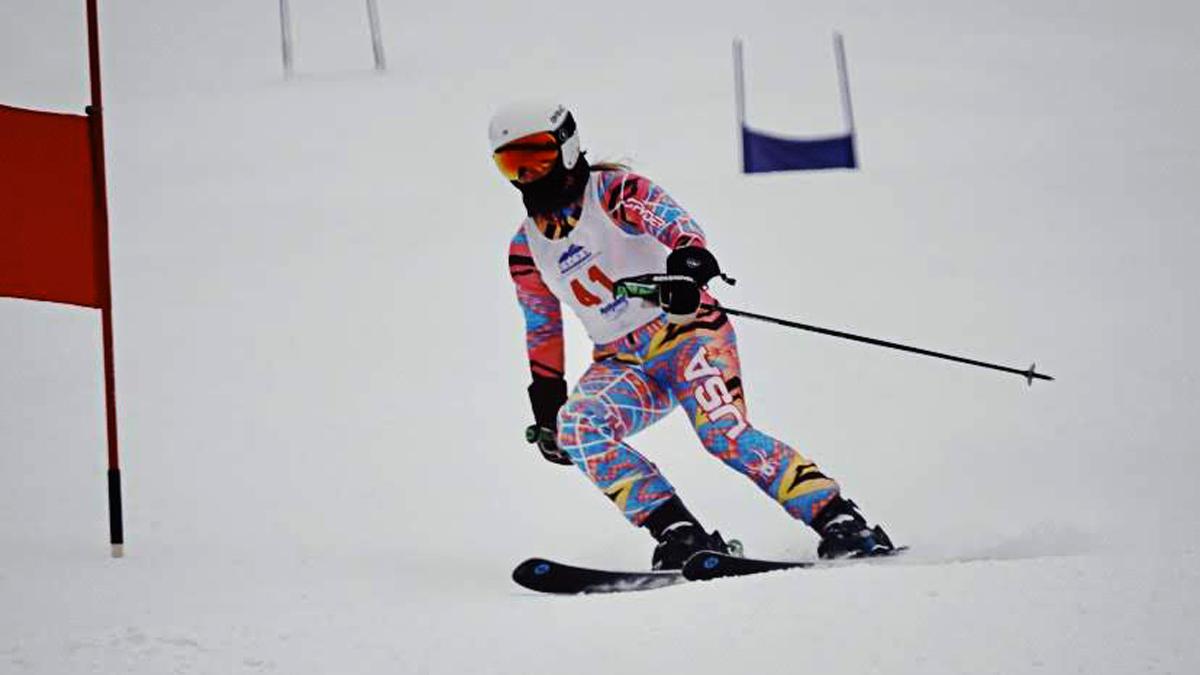 Most varsity, club and intramural athletes at Ithaca College only have to travel as far as the Fitness Center or Cayuga Inlet to participate in their sports. For the ski racing team, athletes have to drive out of Tompkins County before they can even begin their practices.

The team, which is classified as a club sport at the college, does not have a local venue to call home. It travels to Labrador Mountain in Truxton, New York, which is in Cortland County and is approximately an hour’s drive from campus. The mountain is not exclusively the home of the Bombers. The team practices with Binghamton University and Hamilton College’s ski racing teams as well. Sara Petro, Ithaca College senior club president, said the team members drive themselves to and from the mountain.

“We have a car pool system,” Petro said. “A lot of the people on the team have cars, so we try to get the most efficient way to get everyone and their gear into as few cars as possible. It is about a one–hour commute to the mountain.”

Petro said the team leaves campus at 4 p.m. and does not return home until approximately 9 to 9:30 p.m. It makes this trip every Monday, Wednesday and Thursday from Jan. 13 to Feb. 13. If the team qualifies for the regional championship, it will practice again the week of Feb. 17 and compete the next weekend. During the regular season, the team competes at races held throughout New York state as a part of the Mideast Division within the United States Collegiate Ski and Snowboard Association (USCSA).

The team is relatively young this year as it only has two seniors. Petro said this is different from her earlier years in the program. The Bombers have 11 participants on the women’s team and seven on the men’s team.

Each team carries five varsity skiers, and the other participants are classified as junior varsity. This is the format used by all of the teams in the USCSA.

“We don’t have tryouts, so really anyone can join,” Petro said. “The five varsity racers are the only thing that isn’t really flexible. On JV, we can have as many people as we want, and they race towards the end of the pack.”

Senior Peter Pappalardo tore his anterior cruciate ligament during the regional competition during his sophomore year and had to sit out his junior season recovering from the injury. His return did not come smoothly, as an equipment malfunction disqualified him from the giant slalom race Jan. 18.

“It was my first race back since I tore my ACL, so I kind of took it easy,” Pappalardo said. “Right out of the start gate, my ski popped off twice in a row, so I have to get my skis fixed for giant slalom. But for slalom, it was nice to be back.”

The following weekend, the Bombers headed back up to Labrador Mountain for another event.

Pappalardo said that hosting a race is crucial for the ski team to operate because the revenue it receives from the attendees helps it pay for gas and hotels along with reducing the cost of dues. The cost of dues for this season was $550 per skier. He said the team loses potential members because of the high cost of the sport, as the participants must supply their gear.

“We struggle with [affordability] every year,” Pappalardo said. “We have people coming who say that they don’t have much skiing experience and are nervous to commit the dues. But if you have skis, poles and boots, we will figure out the rest.”

Junior Jack Linke said that joining the ski race team has been a highlight of his college experience and that he recommends it to anyone who is considering joining the club.

“The ski team as a whole means a great deal to me,” Linke said. “Being able to compete in ski racing while having an incredible group to hang out with and experience it with is awesome.”