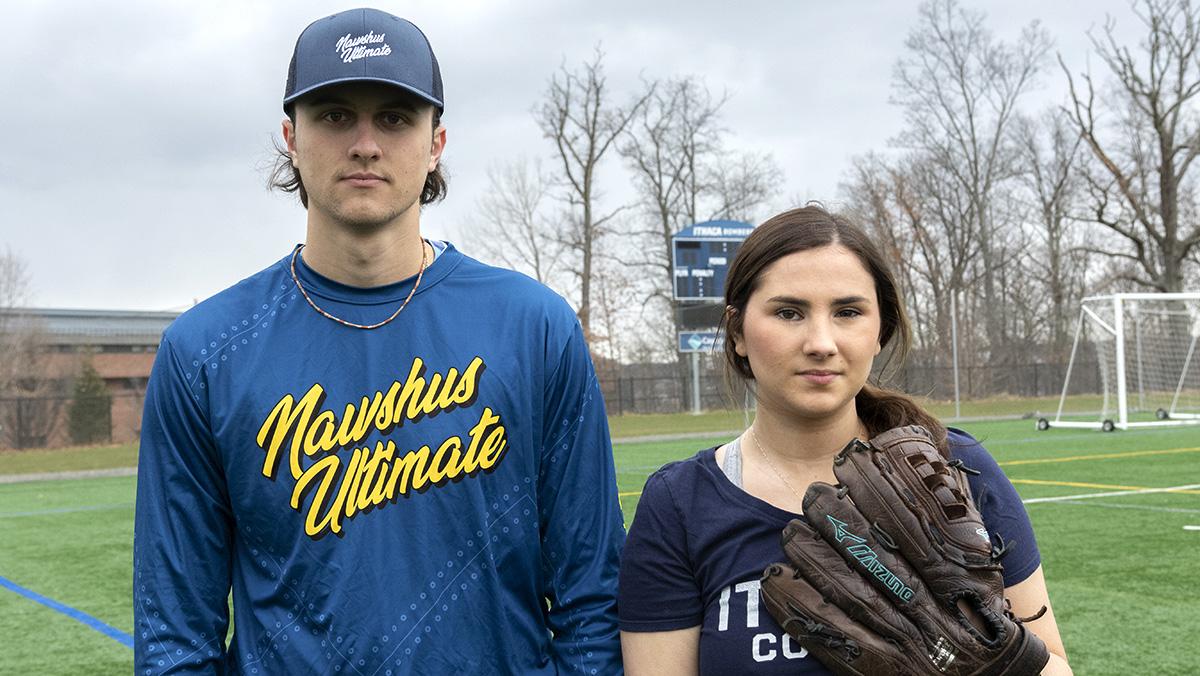 Club sports play an integral role in the lives of many Ithaca College students, giving them the opportunity to further pursue their passion for athletics. However, many club–sports members have concerns that the Office of Campus Recreation is unable to properly meet the needs of these clubs because of a lack of resources, funding and staff members.

The Office of Campus Recreation manages a total of 39 clubs, including 27 competitive club–sports teams. There are more clubs for students to participate in than varsity sports, as the college has 25 varsity teams. The clubs are overseen by Lauren Hoffman, program coordinator for Recreational Sports, and Sean Reilley, associate director of Recreational Sports. Both Hoffman and Reilley are the contacts for around half the groups, as Reilley primarily aids 19 clubs and Hoffman supervises 20 clubs.

The program also had a third staff member prior to the pandemic, Bradley Buchanan, former assistant director for Intercollegiate Athletics and Recreational Sports. Buchanan retired from the college in May 2021, but had not worked with club sports since the 2019–20 academic year. Senior Brady Elster, president of the men’s club–lacrosse team, said while he believes Reilley and Hoffman are making a strong effort to accommodate each club, he feels that the program could benefit from additional staffing.

“[The Office of Campus Recreation staff] is essentially two people, when it used to be three,” Elster said. “So I think maybe that is overwhelming or overburdening [Reilley and Hoffman]. … So I think maybe because of that it’s just harder to manage and successfully address each club’s needs on a given day, just because they’re trying to tackle so much.”

Since March 2020, the college has furloughed or laid–off at least 264 staff members, due to the impact that the COVID-19 pandemic had on the financial state of the college. The college is also feeling the effects of the national labor shortage, which has resulted in understaffing issues within many offices and departments.

Reilley said the exact number of funding dedicated to club sports for the 2021–22 academic year will be determined when the department pays its athletic trainers.

“Relative to our last normal budgeting year, the total amount of money available to club sports has decreased very dramatically,” Reilley said. “That’s kind of in line and to be expected with the current financial state of the college and just getting things back on track.”

The department implemented a new funding request system for the 2021–22 academic year, allowing all clubs to request funding throughout the year when they believe it is necessary. Reilley said funding requests are reviewed by professional staff and the Club Sport Council.

Previously, only competitive club teams were able to submit funding requests before an academic year. Reilley expressed that this system could not be continued with the program’s decrease in funding, because there were some clubs that had not utilized all of their funding in previous years, preventing other clubs from getting the resources they needed. Reilley said some teams had rented facilities in the past, but were unable to use them because of poor field conditions.

Reilley said that this fall, 12 clubs requested funding and only the esports and equestrian club teams had their requests approved. He said decisions to approve requests were based on the number of funds the club was asking for, along with the purpose for the request and the club’s account balance.

While the budget for club sports is significantly lower than previous years, Reilley said he believes that the program has sufficient funding to help each club meet its needs.

“We’re not in a place where we wanted to be financially,” Reilley said. “[But], we are in a place [where] everyone’s going to be able to have what they need for the rest of the year.”

Many clubs also expressed concerns that the program is unable to provide each club with sufficient practice time. The college announced all club–sports activities were canceled for the remainder of Fall 2021 on Dec. 8, when the college moved to a Yellow: Low to Moderate Risk COVID-19 operational status. However, varsity–athletic programs were permitted to continue practicing, despite not having any remaining competition before the end of the semester.

Elster said there were multiple occasions in which his team was unable to practice at the Athletics and Events Center because another club–team’s practice took precedence. He recalled an instance in which the rugby club’s regular practice field was in poor condition due to weather and the club was in season, displacing the men’s lacrosse club from its practice facility. Reilley said the practice schedule is made prior to the start of each semester and is based on the availability of the club and whether the group is in season.

“There’s been definitely some miscommunication on part of the [recreational sports] people to just let us know and coordinate that a little bit better,” Elster said. “They’ve sent out emails before where they said we’re both allowed to practice, but that ended up not being the case. And we had to show up and just essentially cancel on the spot two times this semester.”

The clubs utilize several of the college’s varsity facilities, including Higgins Stadium, Glazer Arena and the Kelsey Partridge Bird Natatorium. The programs also have access to multiple grass fields, like Emerson Field and Yavits Field. Reilley said Emerson Field is currently not being used. He said the program works to distribute facilities to the clubs that are most in need.

“While we do have a lot more space available to us than some campus recreation programs, it’s never going to be enough,” Reilley said. “More is always better. What we’ve tried to do is prioritize in-season clubs, those that are actively competing in their primary season for first priority for scheduling.”

Junior Luke Pohlman is a practice captain, which means he is in charge of running and scheduling practices for the ultimate frisbee club. He said his team has also been facing challenges with getting field time at Higgins Stadium, where the team usually practices. However, ultimate frisbee is considered an off-season sport right now because its main season is in the spring. Pohlman added that if the team is going to get field time, it often doesn’t find out until the night before –– or even just a few hours prior to –– the allotted time. He said this can be frustrating and feels as though club sports are not taken seriously.

While many clubs have access to on-campus facilities, not all of them do. In order for club softball to be able to practice on an actual softball field, junior vice president Kailey Rothenberger said the team has to commute to a facility in Lansing every Friday. She did add that while the club can practice at Yavits Field a couple other days of the week, it is not the same as being on a proper field. Rothenberger also said the upperclassmen in the club are responsible for driving teammates to and from practice, and the club is only compensated for gas money when it has games at the Lansing field.

“Every time we drive to practice, that’s just on us,” Rothenberger said. “It’s just the role of the older people on the team, like when you get to be older that’s just expected.”

Pohlman said that while club sports may not be as competitive as varsity teams, they still add significance to individual student lives and the campus community as a whole.

“[Varsity teams] focus on developing that family culture and extending that beyond just the people in the locker room,” Pohlman said. “That’s one thing we try to do as well. … We have each others’ backs on and off the field. There’s a lot of guys who have said their favorite thing about being at school is going to frisbee practice, even if they’re not the best player.”