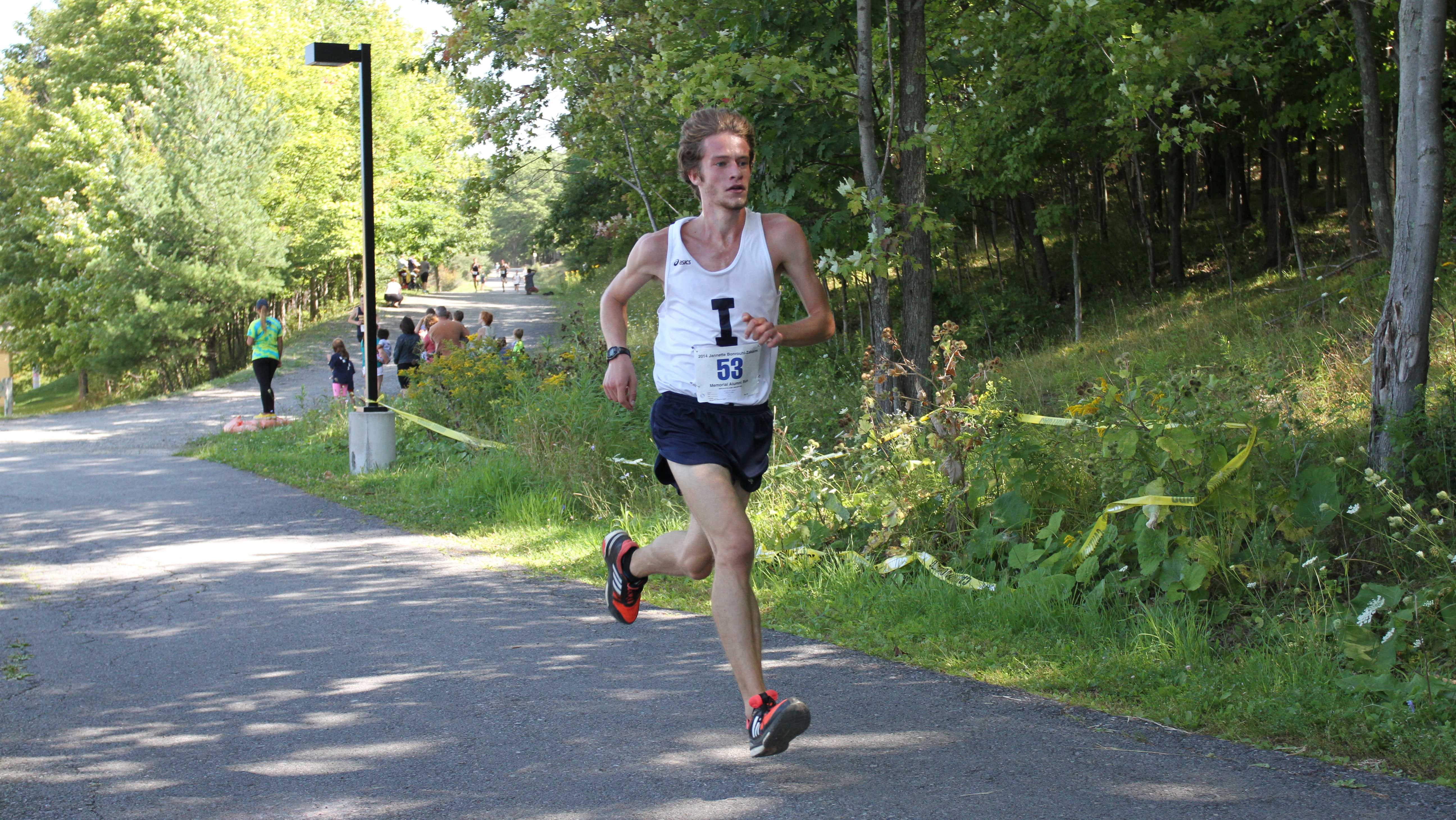 Entering his 24th season, Jim Nichols, the men’s cross-country head coach, returns with a squad that has the potential to achieve its sixth consecutive Empire 8 victory.

The Bombers had a successful 2014 campaign, with sophomore Tim Chappell being named Empire 8 Rookie of the Year and senior Sawyer Hitchcock qualifying individually for the NCAA Division III Men’s Cross Country Championship in Mason, Ohio.

Some of the returners are seniors Stephen Gomez, Larkin Bohanan and Brendan Davis, and juniors Jesse Capellaro, Shane Connor, Chris Gutierrez and Sean Phillips. These runners will fill the holes of graduates Anthony Altobelli, Steve Derderian and Dennis Ryan, who was Ithaca’s Sportsman of the Year. Ryan also earned First-Team All-Conference honors after finishing seventh overall at the Empire 8 Championships.

The Bombers, like in 2014, could send more of their runners to the Championship, as the upperclassmen have shown immense progress on the trails. Bohanan, Chappell, Gomez and Phillips have continuously been the top seven runners representing the men each race. 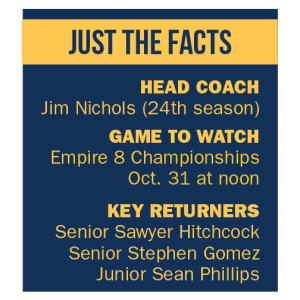 They have seen major improvements on their personal best times and placement finishes. Bohanan and Gomez have each seen their respective personal best times in the 8K from year to year drop almost a full second, while Phillips has improved his average time by about five-tenths of a second.

Nichols said he expects the most out of his runners in every aspect of their lives in order for them to succeed as much as they possibly can.

The roster currently comprises 14 runners, so the squad will be a veteran-heavy team. However, Nichols said he is interested to see how the freshmen will perform while they adjust to college life but is confident the upperclassmen will help relieve some pressure with the transition to college athletics.

“Because we’re more of an older team, we’re an experienced team,” Nichols said. “Veterans are more aware about what they are up against. They have developed a familiarity with the trails and know what to expect from teammates and opponents.”

Assistant coach Eric Sambolec said he expects the quality of the team to be very high because of the success its returners have had in past seasons.

“We have a returning two-time national qualifier in Sawyer Hitchcock as well as four All-State or All-ECAC performers on the track in Hitchcock, Stephen Gomez, Sean Phillips and Tim Chappell,” Sambolec said. “This is a very talented group that has a good group bond.”

Entering this season, Nichols said he feels his team has done a great job training on its own during the summer and that effort will be shown on the trails. While cross-country is an individual-based sport, he said success still comes down to the team gelling well.

“The key to success is athletes working together, pulling together and encouraging each other for their best performance,” Nichols said.

The Bombers will begin competition Sept. 12 at the RPI Invitational in Saratoga Springs, New York. The Blue and Gold will host the annual Jannette Bonrouhi-Zakaim Memorial Alumni Run on Sept. 5.

With new recruits each year, the bonds shift, but the teams Nichols puts together each season have continuously been impressive. He said the South Hill squad is always evolving and doing its best with the individuals that come through the program, no matter who graduates from the team.
“Every year is different because it’s a different personality based on the students we have in the program and how they get along with each other and the chemistry that they can provide,” Nichols said.